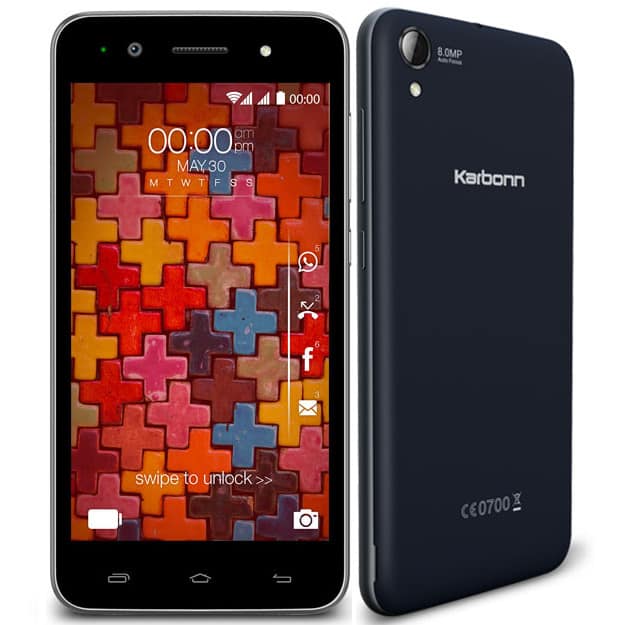 Karbonn has been relatively quiet as far as smartphone launches go lately. The company has unveiled a number of smartphones this year though, as the Karbonn Alfa A120 for example which launched a couple months back. That being said, Karbonn has announced the Titanium Mach One handset back in January, which was a solid handset with a selfie flash on board. Well, the company has decided to expand upon the Titanium Mach One brand and announce the Titanium MachOne Plus handset. Let's take a look at the phone, shall we.

The Karbonn Titanium MachOne Plus handset features a 4.7-inch 720p (1280 x 720) IPS display along with 2GB of RAM and 16GB of internal storage (expandable up to 32GB via micoSD card). This handset is powered by MediaTek's unnamed quad-core SoC running at 1.3GHz. The 1,800mAh battery is also a part of this package, and Android 5.0 Lollipop comes pre-installed on this device with Karbonn's additions on top of it. The 8-megapixel camera is placed on the back of this phone and below it you'll find an LED flash. The 5-megapixel shooter is located on the front side of this device (BSI sensor), and next to it you'll find a front-facing LED flash. This is a dual-SIM handset and it comes pre-loaded with SwiftKey 5.3 keyboard which supports 22 Indian languages.

As far as phone's software goes, you get 'Smart Awake' feature to access notifications and apps directly from the lock screen, as well as 'Multi Gesture' function which can perform several functions if you swipe the screen with two fingers. 'Smart Eye Gesture' and 'Smart Swipe' are also included here, the former pauses the video when you look away from the display, and the latter one lets you change tracks by moving your hand above the display. These are functions similar to the ones Samsung and LG already introduced in the past, for comparison's sake. 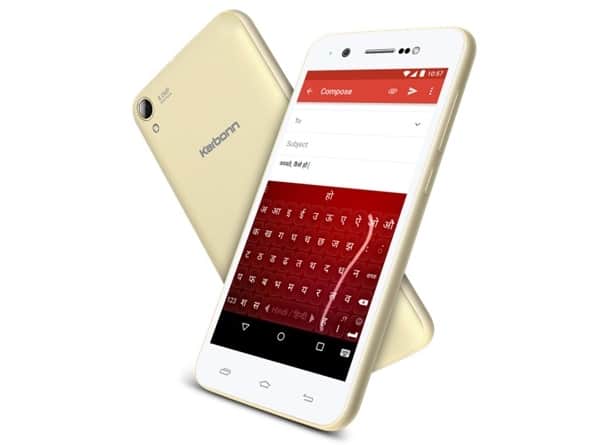