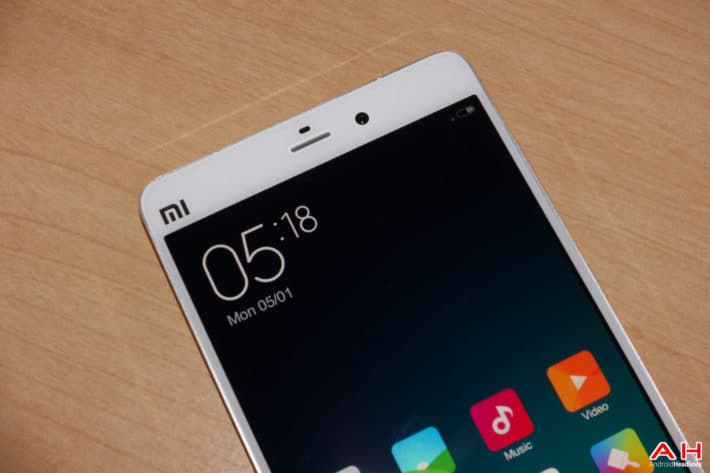 Xiaomi is has moved to become one of the world's largest smartphone manufacturers in a very short space of time. The business, which is behind the popular Mi smartphones and MIUI software, started selling Android smartphones in 2010, but has reached the top five smartphone vendors. Together with Huawei, it dominates the Chinese market to the point whereby local (Chinese) competitors have sought relative refuge in overseas markets. A recently publicized example is ZTE, which has managed to grow North American sales very successfully over the last twelve months. And whilst Xiaomi's fame and fortune was largely built in China, the business is not afraid of expanding and has recently announced aggressive expansion plans by pushing into India, including building a number of factories so as to build the devices in India. The Xiaomi business model is to build high-quality devices and sell them on at a very small margin to the hardware costs; Xiaomi is an Internet company and makes their money through selling other services, some of these to the smartphone customers and some to interconnected businesses.

However, Xiaomi has shied away from importing its devices directly into the United States of America, although if you want to buy a Xiaomi smartphone, they are available through grey importers even if you sometimes do not get coverage of all the North American frequency bands that your carrier supports. Given Xiaomi's success in China, why has the business not sold the smartphones in America yet, the world's second largest smartphone market? There are a few reasons, including how Xiaomi might want to roll out a number of their cloud services to North America. These services, available through the MIUI software, make is very easy for customers to find businesses and even buy products from their smartphone using the Xiaomi cloud location services, as one example. Another reason is that Xiaomi does not have an adequate patent portfolio; other businesses would move to prevent Xiaomi from selling their smartphones in North America until the Chinese company licenses sufficient patents. These could ultimately push up the price of the device as these patents must be paid for.

However, Xiaomi's vice president, Hugh Barra, told Bloomberg that Xiaomi is planning on selling devices in North America and as part of these plans, the business is building up the protections it will need to battle any potential lawsuits from legal-trigger-happy companies such as Apple. This is not news as we have known for some time that Xiaomi is planning to sell their devices in America and Europe. We've already seen the company sell a limited number of Xiaomi accessories in the developed markets and now it may be working on building up the distribution and customer support, although we are at least a year from being able to buy Xiaomi devices in an American store.