Huawei has recently launched the high-end Honor 7 handset, and that’s not the only high-end offering by this company in 2015. They’ve also announced the P8 and P8Max smartphone and phablet back in April, their flagship smartphone and phablet that is. Anyhow, Huawei has also released two mid-range tablets, and the mid-range Honor 4C smartphone earlier this year. Well, the company is back once again with the announcement of yet another mid-ranger, the Honor 4A which was certified by TENAA recently, read on.

The Huawei Honor 4A has been leaking for a couple of weeks now, and after the company announced an event for today’s date, it was quite obvious the Honor 4A is the upcoming device. This smartphone was just announced by Huawei, it sports a 5-inch 720p (1280 x 720) IPS display along with 2GB of RAM and 8GB of expandable internal storage (expandable up to 128GB). Qualcomm’s Snapdragon 210 64-bit quad-core SoC clocked at 1.1GHz powers this device along with an Adreno 304 GPU for graphics. The 8-megapixel camera (Sony/OmniVision sensor, f/2.0 aperture) is available on the back of the Honor 4A, and below it you’ll find an LED flash. The 2-megapixel shooter (22m wide-angle lens) is available up front, and a 2,200mAh battery is also a part of this package. This is a dual-SIM (micro SIM) handset with dual standby, and it comes in both 3G and 4G LTE (TDD-LTE: B38/B39/B40/B41 and FDD-LTE: B1/B3) variants. Android 5.1 Lollipop comes pre-installed on this smartphone with Huawei’s Emotion UI 3.1 skin on top of it. The Huawei Honor 4A measures 143.5 x 72.1 x 8.5mm, while it weighs 155 grams.

This smartphone sports metallic trim around the device, and doesn’t have any capacitive buttons on it. You’ll find on-screen buttons here, while both the volume rocker and power / lock physical buttons are available on the device’s right-hand side. The Huawei Honor 4A comes in Black and White color variants, the 3G variant of the device is priced at 599 Yuan ($98), while the 4G LTE models costs 699 Yuan ($112). The device will be available for purchase in China starting from July 28th, and the company still didn’t share any info regarding its availability outside China. 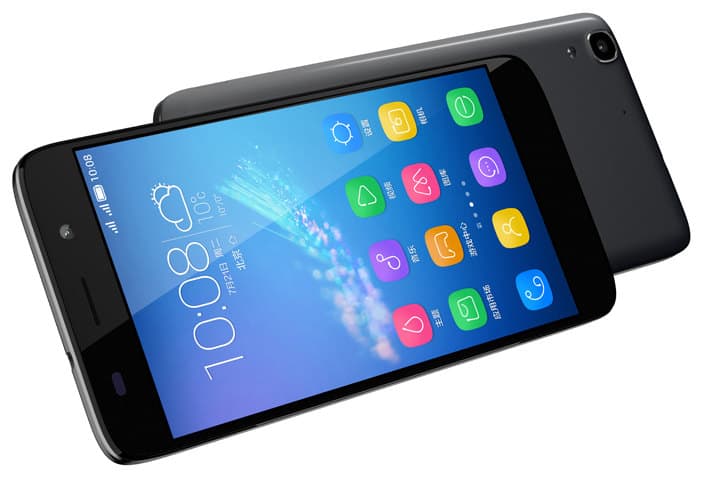