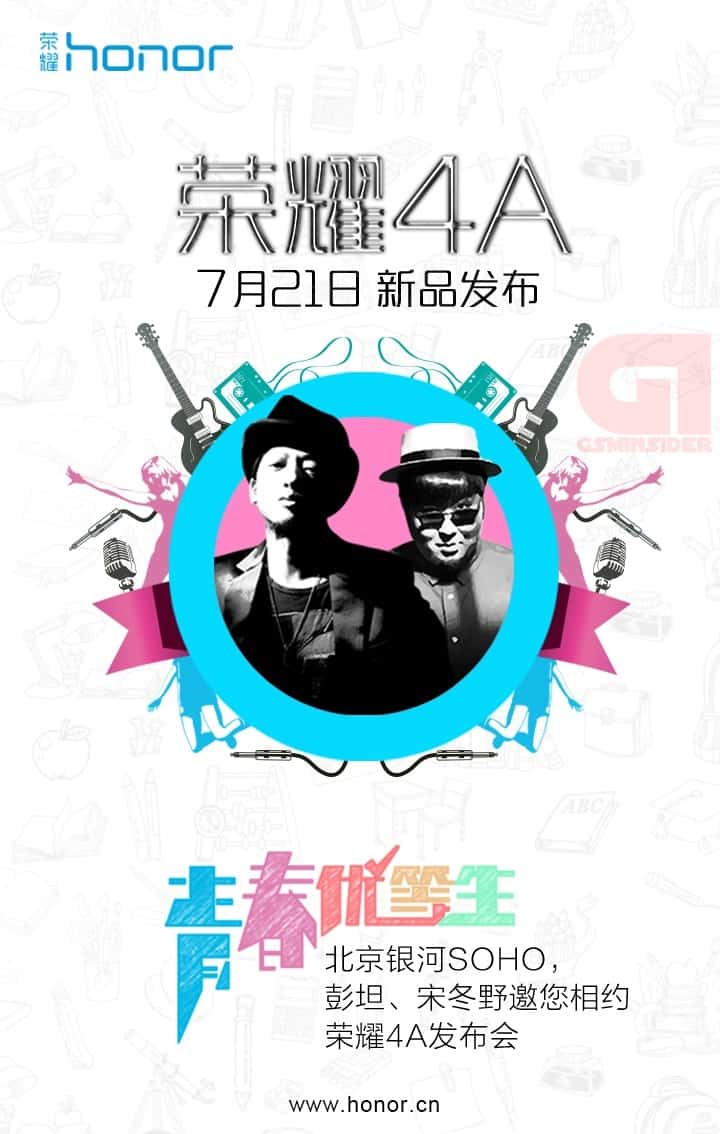 Huawei is reportedly prepping to launch a new smartphone as part of its Honor range of devices, according to news coming out of China. The company recently released a teaser to that effect, which gives us a few details about the upcoming launch event. The device will be branded Honor 4A, and will most likely be a budget-oriented, music-focused smartphone, if the teaser is anything to go by. While the material released by the company is in Simplified Chinese, multiple online outlets in China have reliably translated the text in English, which gives us a decent enough idea of what to expect at the launch event scheduled to be held in a few days' time.

Going by the teaser that you can see at the bottom of this post, the device is scheduled to be released on July 21st, the very first day of the Huawei Summer Whirlwind Festival, which will be held from the 21st to the 23rd of this month. As part of the program, the Chinese network equipment and consumer electronics major is expected to offer major discounts on a bunch of its products. The upcoming smartphone will be launched at an event scheduled to be held at the Beijing Grand Soho in China in the presence of local artists Song Dong Ye and Peng Dan, both of whom are pictured in the teaser, and will apparently be attending the event. As for the smartphone itself, while we have no way of knowing any details about the hardware specifications, design language or features at this stage, it will most likely be a budget-oriented device, which will sit between the Honor 4X and the entry-level Honor 4C.

Huawei has been extremely proactive of late and only recently launched the Honor 7 in China. The device is said to have received as many as two million pre-orders within the first twelve hours of launch and nine million overall within the first week itself. The company also released a teaser video earlier this week which is believed to have hinted at the upcoming launch of the device in Europe. While there is nothing concrete on that front as yet, things are likely to get clearer sooner rather than later.