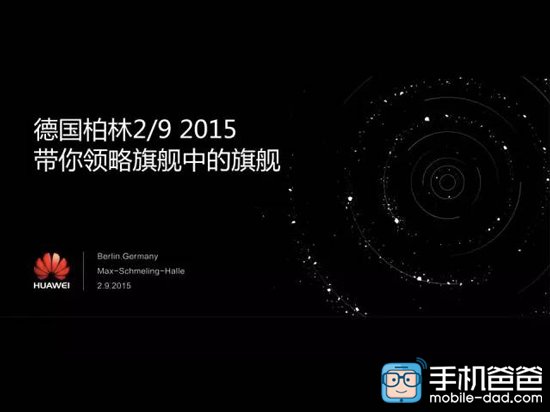 Huawei has released quite a few devices this year, and this Chinese smartphone OEM is doing great out in the market. Huawei has reported a 30% revenue growth, which is not all that surprising considering the company has really been working round the clock in the last year or so. Huawei has released a number of compelling devices this year, including the Huawei P8, P8Max, P8 Lite and Honor 7 smartphones, the Huawei Watch, and the MediaPad X2 tablet. All of these devices are more than compelling offerings, but consumers are still waiting for the company to release their flagship phablet for this year, the Huawei Mate8.

The Huawei Mate8 has been popping up all over the internet for quite some time now. We've seen all sorts of leaked images and specs when it comes to this device, and it seems like the company has just announced when will this phablet be announced. According to the provided image, the Mate8 will be announced during IFA in Berlin, as was its predecessor, the Ascend Mate7. The image also reveals the exact date when will the device see the light of day, it says September 2nd. The Huawei Mate8 will be made out of metal, and it will reportedly sport a 6-inch display. The rumors have been saying that both the 1080p and QHD display is a possibility here, though keep in mind that Huawei has been against the usage of QHD displays in today's smartphones, perhaps they change their mind when it comes to the Mate8 though. The Mate8 will reportedly be powered by Huawei's HiSilicon Kirin 950 64-bit octa-core processor, and will ship in both 3GB (+32GB of internal storage) and 4GB (64GB of internal storage) variants. The device will feature a 20.7-megapixel camera on its back, and an 8-megapixel shooter will be available up front. The rear-facing fingerprint scanner will allegedly also be a part of this package.

There you have it, Huawei's phablet will arrive in about a month and a half, and we'll almost certainly see a ton more leaks / rumors before that happens though. Either way, stay tuned for more information, we'll report back as soon as something pops up.