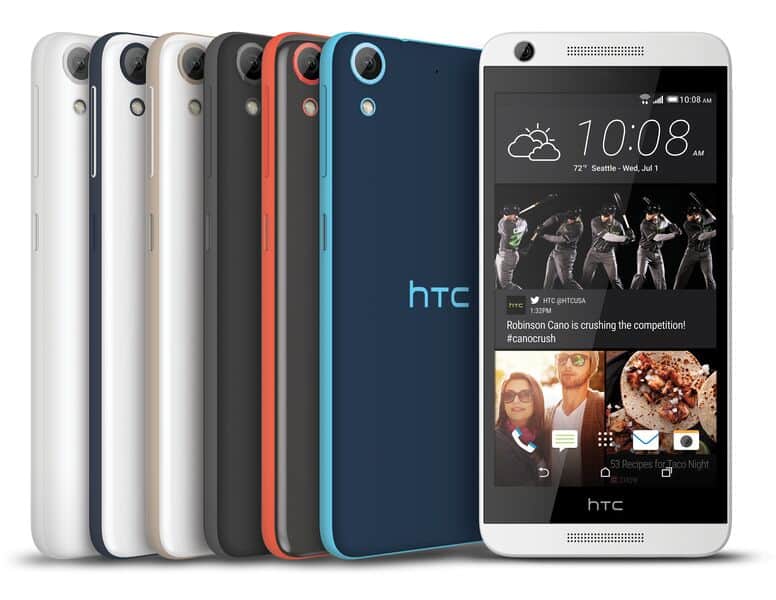 Amidst falling sales and diminishing market share at the premium end of the smartphone spectrum, Taiwanese vendor HTC has been launching refreshed models of its mid-range offerings over the past few months as part of its Desire range of smartphones. One of those devices, the Desire 626, has now been confirmed by HTC as one of the devices which will be made commercially available in the UK in the near future. While no specific launch-date has been announced, the company revealed that it has tied-up with carriers O2 and Three, along with retailer Carphone Warehouse to launch the mid-ranger, which will reportedly be offered in multiple color options, including White Birch, Blue Lagoon, Purple Fire and Dark Grey. There's no immediate clarity on the pricing front however. The phone was introduced back in Q1, 2015, and comes in multiple variants like the 626s, 626G and 626G+ etc. which feature either a MediaTek processor or a Snapdragon 210 SoC instead of the Qualcomm Snapdragon 410 SoC expected to be seen in the UK variant.

Coming to the full hardware specifications of the Desire 626, the UK-variant of the smartphone, is powered by the Qualcomm Snapdragon 410 SoC, which comes with a 1.2 GHz quad-core Cortex-A53 CPU and an Adreno 306 GPU. There's also a MediaTek powered version of the device as mentioned above, which is named the Desire 626G or the 626G+ depending on the market. Yet another version of the device comes with the Snapdragon 210, and is dubbed the Desire 626s. The MediaTek variant packs a MT6752 SoC, which comes with an embedded octa-core Cortex-A53 CPU clocked at a maximum of 1.7 GHz, along with a Mali-T760MP2 GPU. In all cases, the device features a 5-inch HD display with a resolution of 1280 x 720, which gives it a pixel density of 294 ppi. The Desire 626 comes with an option of either 1 or 2 GB of RAM depending on the variant, along with 8 or 16 GB of internal storage. The British version is expected to come with the 16 GB storage option, which can be extended by up to a whopping 512 GB with the help of a microSD card.