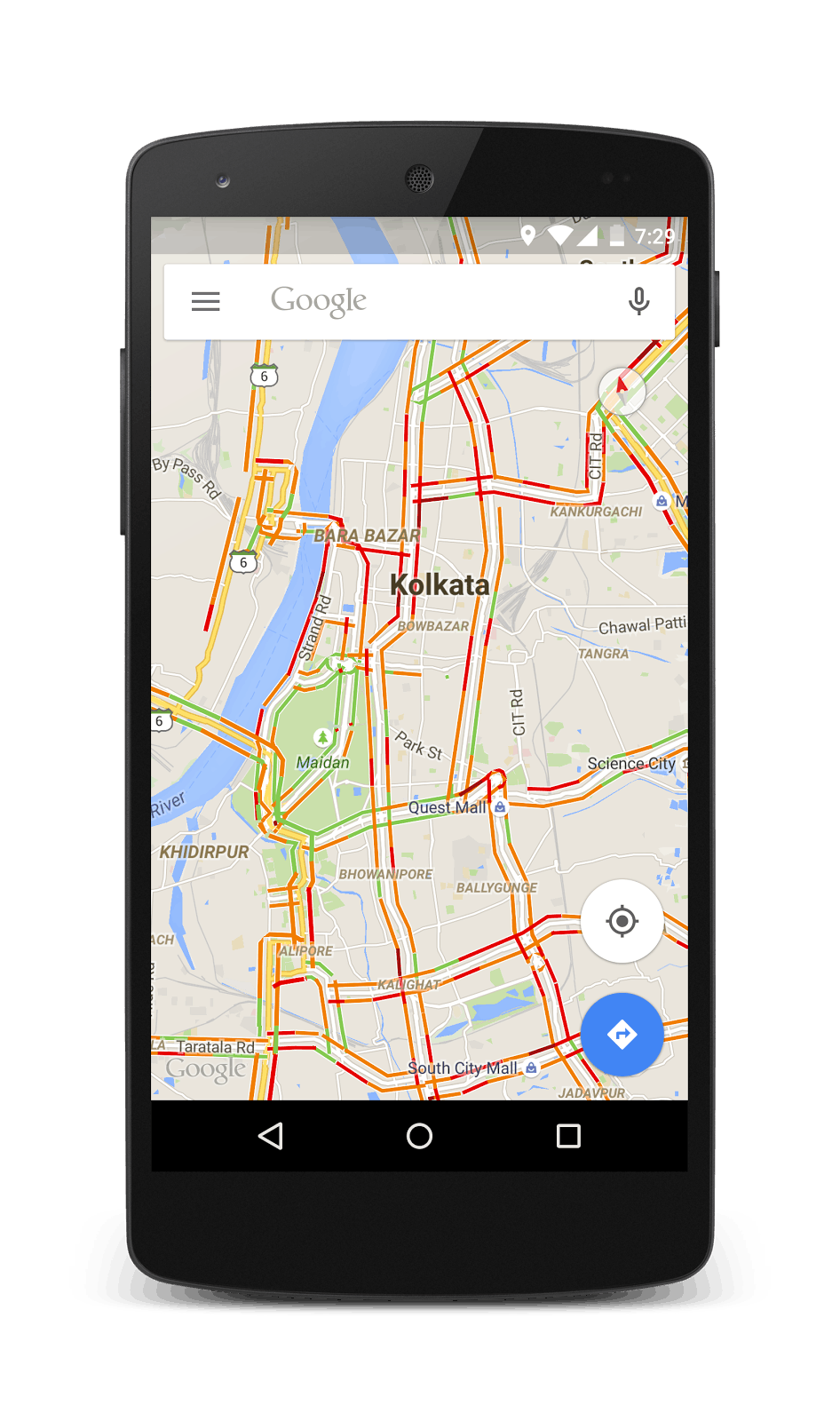 Google has announced, that Tuesday onwards, Google Maps will show real-time traffic information in 12 new Indian cities in addition to the twenty-two, which already has the service. The new cities where the service is being rolled out include Kolkata, the capital city of the eastern state of West Bengal, and widely considered to be the cultural capital of the country. Other cities in the list include the southern cities of Thiruvananthapuram (formerly Trivandrum), Coimbatore, Vishakhapatnam (formerly Vizag), Kochi (formerly Cochin), and Madurai. Also included are central cities like Bhopal and Indore, northern cities like Ludhiana and Lucknow, and two western cities – Surat and Nagpur. The company has also announced support for traffic information on each and every national highway and expressway throughout the length and breadth of the nation.

According to an official posting on Google's website by the Director, Program Management at Google, Mr. Suren Ruhela, the real-time update will be available on both the desktop as well as mobile versions of the program. Turning on the traffic layer will enable users to check the flow of traffic on roads in the given cities. Google will mark out roads in different colors based on congestion levels – green for no traffic delays, orange for a medium amount of traffic, while red will indicate high levels of traffic congestion. The post also says that in navigation mode, Google will use the real-time data to propose alternate routes if the current route is expected to be too time-consuming because of traffic conditions. Mr. Ruhela also added, "We are constantly working on making Google Maps a more comprehensive, daily tool for Indians and we hope that this new real-time traffic information for 12 cities and all national highways will help drivers across the country find the best routes to their destinations with the fewest delays".

While the latest development will hopefully go a long way in alleviating some of the traffic misery faced by millions of commuters every day in the country, it is unlikely to bring a smile to the faces of most of the harried commuters during rush hours because anybody who has ever been to the country will tell you, there's just no escaping the never-ending traffic snarls irrespective of the route you choose.