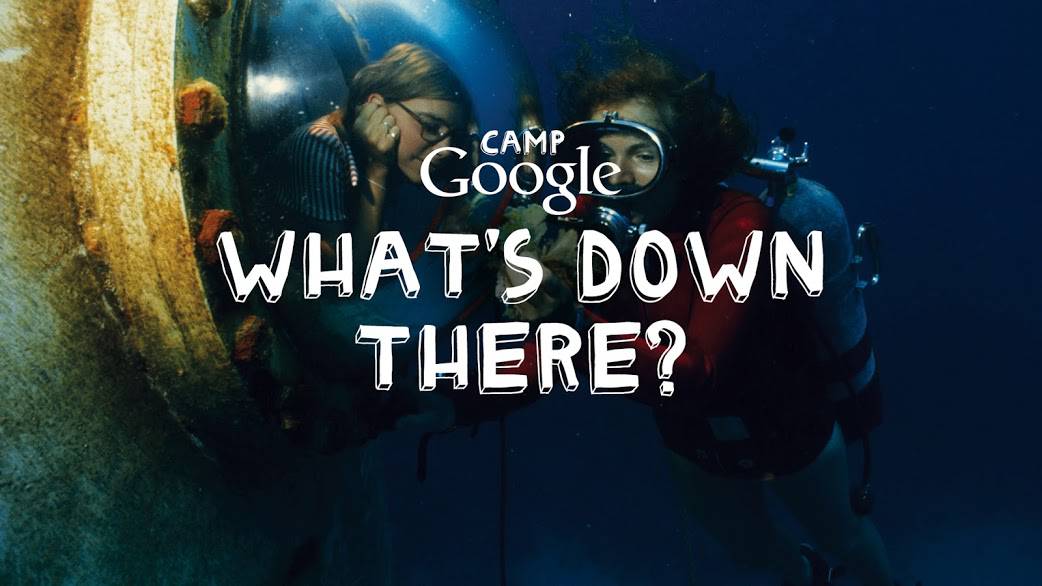 Google's awesome summer program for kids appropriately named 'Camp Google' was reported to start on July 13th, and right on time Google has kicked things off for their first official week of new discoveries. This week's theme is Ocean Week, and to get things rolling Google has enlisted the help of National Geographic Explorer Sylvia Earle and National Geographic diver Erica Bergman on a live dive in the Atlantic Ocean to explore what's under the ocean's surface. In addition to the livestream Google has hosted on the site where kids can view what's being seen on the dive, kids have a host of other activities to do and things to learn about the ocean as part of the entire week's happenings, which includes the video stream of the exploration, 360 degree images of what can be seen on the dive, and tons of other information.

For participating in the diving expedition kids who explore everything to completion earn a "Deep Sea Diver" badge, which is only a small portion of the badges which can be earned throughout the month-long science camp experience to showcase their new found knowledge and skills earned. Alongside the stuff kids can learn on the site through the videos and fun facts, Google has set up activities which are relevant to each week's theme which kids can participate in to earn more badges. Naturally, since these are little science experiments there will be a few things needed for kids to complete them, and Google has put together a useful list of the supplies kids will need to engage with these experiments, which parents can of course print off so their kids are prepared.

Activities include things like finding out how to simulate sonar to how to make an egg float. These are just a couple experiments for Ocean Week, and each week has its own little experiments to interact with, providing all kinds of information in a fun way for kids to learn about different science topics. Google has even set up a physical badge tracker to print off too, allowing a place for kids to paste their earned badges and keep track of their achievements. There appear to be three badges which can be earned each week through participation of a specific activity. It's a rather cool and unique way to help kids learn, and if you have kids there's still plenty of time to get them set up on engaging with everything Camp Google has to offer.