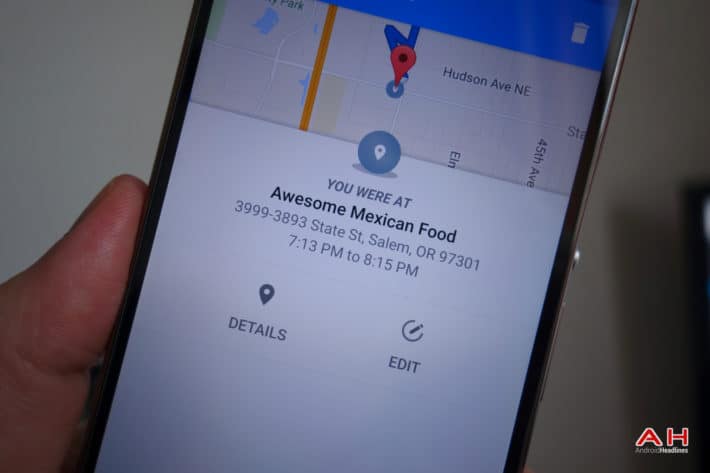 Google Maps has grown into a very useful tool for many users, with tons of features like street view cams to see what it looks like around the area of a searched destination, to the ability to speak directions to the app and bring up voice guided navigation. Google Maps latest update brings in something far more basic but not really any less useful, especially if you’re one of the users which has been hoping for a feature like this for a long time. In the latest update which should bring users up to version 9.12 of the app, users can now apply custom names to places on the map.

For example, if you have a friend you tend to frequently visit, or a restaurant you love going to, you can tap on those particular places on the map and give them personalized custom names. This isn’t an entirely stand-alone functionality of course, it’s actually part of the new “Timeline” feature which also comes along with this version update for Google Maps for android, and to add custom names to places you actually don’t tap directly on their location on the map but rather have to edit the names from the history of places you’ve searched for in Maps per the Timeline. Nevertheless, the capability to add a custom name is something which many users are sure to appreciate. To get to it though, you’ll have to enter the timeline, find the place you want to add a custom name to, tap on it then scroll down the list of info where you’ll find an option to “add a personal place” which lets you add the custom name.

Once people have this version of the app installed, (you can grab the apk from here if you don’t want to wait for the update to hit your device) they’ll be able to open up the Timeline and tap on places where they have been to rename them to something more to their liking. That’s one of the drawbacks at the moment is that it seems users need to have been to those locations which they desire to rename. It also isn’t extremely easy to find right off the bat, although it is fairly simple once users have accessed it at least once and know where to find it. It’s also reported that it doesn’t quite work with voice activated searches or navigation just yet, so users can’t tell Maps to navigate to a place with the new name they’ve given it. Whether or not Google makes the option easier to get to or adds the voice compatibility in a later update is still unknown, but for now users can at least play with the new function.