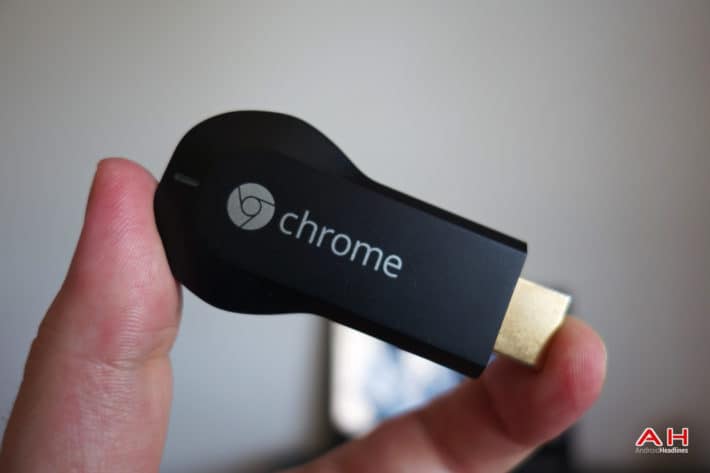 Google released its own HDMI digital media player called Chromecast in July of 2013. Ever since then, the dongle has gained a substantial amount of popularity, leading to numerous users all over the world; the great success of Chromecast can be acquainted to the great functionality and simplicity it offers as users only need to tap one button to cast his or her own media into their TV.  Google has stated that Chromecast sales continue to rise despite the device being almost two years old, reaching a total of 17 million units sold and the cast button being tapped more than 1.5 billion times. The internet giant also recently talked about how a lot of applications have reached success due to the implementation of  a streaming functionality with Chromecast.

Google tested the overall growth of three different applications that all implemented casting in the past months; Comedy Central, Just Dance Now, Fitnet, and Haystack TV were all closely analyzed by Google and the results were more than appealing for developers on the verge about implementing a cast button inside their apps. The company reported a rather significant growth for Comedy Central with at least 50 percent more videos streamed via Chromecast, and a 1.5 x increase in total visits. Another application that faced an increased success after the implementation of Chromecast was Fitnet, a video workout service; as it saw an increase of around 35 percent in the user's overall engagement. Haystack TV demonstrated how with the casting feature, users spent almost twice the time watching videos through Chromecast. Ubisoft on the other hand, showcased how the monetization of their Just Dance Now application grew 2.5 and users also spent more time playing the game when connected to a Chromecast HDMI dongle.

Even if Google is extremely confident about Chromecast's success as a product and its popularity, the company wants to encourage developers to implement casting functionality into their own apps to increase the amount of applications compatible with Chromecast offered through the Google Play Store. It has been brought to light several times that only a handful of apps are capable of streaming media to Chromecast, with Google finally addressing this issue and explaining the many advantages of a Chromecast compatible app, this problem might soon be solved.