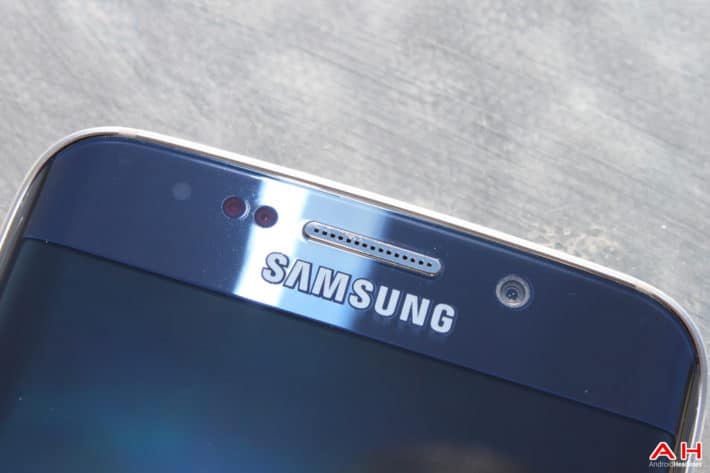 Fall is Galaxy Note season, and traditionally Samsung has announced the next generation of its Galaxy Note lineup during IFA in Berlin in early September.  This year it looks like they may be switching things up a bit, partially due to lackluster performance of its smartphone portfolio, and may be announcing the Galaxy Note 5 in just a few weeks instead of over a month from now.  We've seen a number of rumors about the possibility of the Note 5 being announced alongside a larger Galaxy S6 Edge, aptly named the Galaxy S6 Edge Plus, for some time now and have continually seen more and more rumors come in confirming the timeline.

Now anonymous sources are being cited from South Korean media with some interesting details about the device.  Previously we had seen lots of renders and rumors about the Note 5 containing a new type of S-Pen, one that would automatically eject when pressed and would sit flush with the new smooth metal trim.  Since the metal trim looks exactly like the one found on the Galaxy S6 it made a lot of sense for Samsung to do this.  Unfortunately these latest rumors from insiders are saying that this is not the case, and the S-Pen included with the Note 5 is the same type that's debuted with previous Note devices which will require manually pulling the pen out from the chassis.

As is expected the design of the Note 5 is nearly identical to the Galaxy S6 in every way including the battery, which is being said to be non-removable like the S6.  What's odd though is that Samsung seems to be prepping the Galaxy S6 Edge Plus to launch alongside the Galaxy Note 5, which will feature a near identical size and build as the Note 5 except with the curved sides as we saw on the S6 Edge.  As always specs are mixed and there's no telling what we'll get in its final form, but it's unlikely at this point that Samsung will be looking to get its chips outside of South Korean headquarters as they did with the S6 and S6 Edge.  Both devices are said to feature a 5.7-inch screen and are slated to go on sale at the end of August, which is at least a week before they were even expected to be announced.