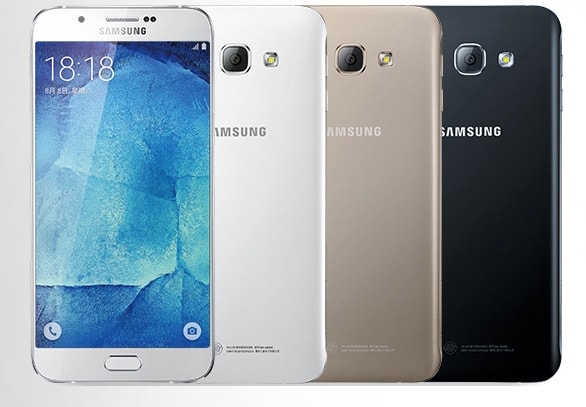 Samsung has announced quite a few 'Galaxy A' devices this year. The company has initially released Galaxy A3, A5 and A7, all three of which are already available for purchase. These three devices were followed by Galaxy A6, A8 and A9 handsets which were trademarked back in March, but haven't been released just yet. We've started seeing quite a few leaks regarding Galaxy A8 recently, the device has popped up in both images and videos, not to mention its specifications leaked as well.

That being said, the Galaxy A8 just got listed by Suning Tesco in China (one of the biggest retailers in the country), which is also the most legit info we have thus far, it seems like the announcement of this device is just around the corner. If you'd like to take a closer look at the device, and check out Suning Tesco's official promo images, check out the gallery down below. The Galaxy A8 features a 5.7-inch 1080p (1920 x 1080) display along with 2GB of RAM and 16GB of in-built storage. This handset is powered by Qualcomm's Snapdragon 615 64-bit octa-core processor, and a 3,050mAh battery is included on the inside. The phone is only 5.9mm thick, and it sports a metal frame. This handset offers 4G LTE connectivity, and will ship with Android 5.1 Lollipop. The 16-megapixel camera (f/1.9 aperture) will be located on its back along with an LED flash, while the 5-megapixel snapper will be available on its front.

The Galaxy A8 is a solid mid-range offering by Samsung, the metal frame gives it a premium look and feel, and its side bezels are extremely thin. This is not a flagship by any stretch of the imagination, but Samsung aims to appeal to those who're not looking to spend a ton of cash on a flagship device, and still want a premium looking device which will serve them well. It seems like Sunning is letting people register if they want to purchase this thing, as long as you live in China, of course. So, if you're interested, visit the source link down below. The registration period will last until July 17th, so Samsung will almost certainly officially launch the device by then.