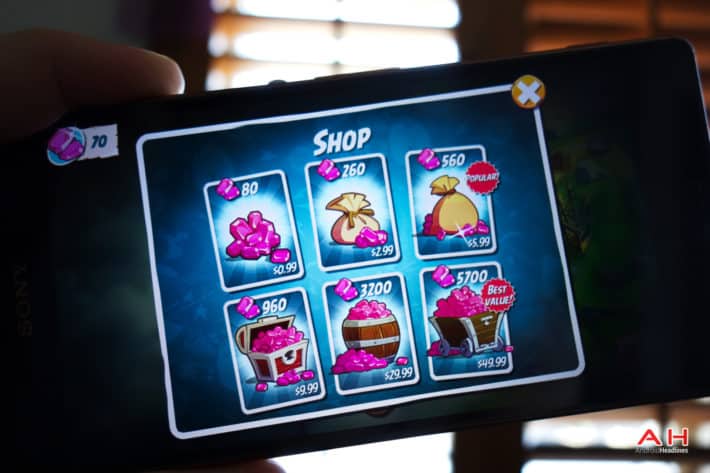 Free to play games have become more and more prominent over the years, and as mobile gaming becomes more and more popular too, free-to-play will likely continue to flourish. Freemium is still the most successful monetization model for games on mobile which is made painfully obvious by the success of games like Clash of Clans or Candy Crush. The allure of a free game is sometimes near impossible to pass up especially if it's fun. Pair that addicting gameplay with various in-app purchases that can help to boost gameplay in one way or another and app monetization companies can have a recipe for success.

While some games will give players a wide variety of choice when it comes to putting down their hard earned money for in-game items or boosts or any other number of digital use items, some focus more heavily on a pay to win strategy which although not utilized as often, there seems to always be those who will be enticed by the idea of being able to easily bypass other players simply by paying for things. If you're looking to monetize a mobile game and aren't sure which model to implement for your own creation, considering the various types of freemium options is worth your time as it could pay off big in the long run. You don't to alienate your users by bombarding them with prompts to buy in-app purchases, but the free-to-play model isn't going anywhere anytime soon and players may be more inclined to try your game if it's free. One you have users on board with an installation, you can keep them engaged with any number of things which could even result in them spending a little cash ranging from login rewards, weekly challenges and limited time bonus packs or bundles.

Not all players enjoy freemium games, but the number of those willing to give them a try likely far outweighs those which would rather pass them up, and that's a vast sea of users to have potentially playing your game. Freemium models have only been getting more popular, and past report from Distimo in 2013 shows that the trend of freemium apps made up the largest share of revenue which accounted for roughly 92 percent of app revenue by November of 2013  for the App Store on a global basis. Freemium is no doubt popular, especially after seeing the success of other developers, and with the right strategy gamers can be happy with a game they didn't have to pay for to download with no real requirement to spend any money, although the option is always there should they change their minds and want to drop a few bucks. There's no telling how long Freemium models will stay on top, but it's likely to be for quite some time.