Skip to content
Trusted By Millions
Independent, Expert Android News You Can Trust, Since 2010
Publishing More Android Than Anyone Else
36
Today
143
This Week
144
This Month
2826
This Year
112891
All Time Games can be a lot of fun but they’re even better when you can play with friends or other opponents. This is where multiplayer games take the wheel and drive us into loads of action and “heat of the moment” competition. Whether it’s card battlers, FPS titles, racing games or strategy based battle arena types, there are lots of multiplayer games to enjoy on your Android tablet or smartphone. Some are even support Android TV. Here are 10 picks you don’t want to miss out on. 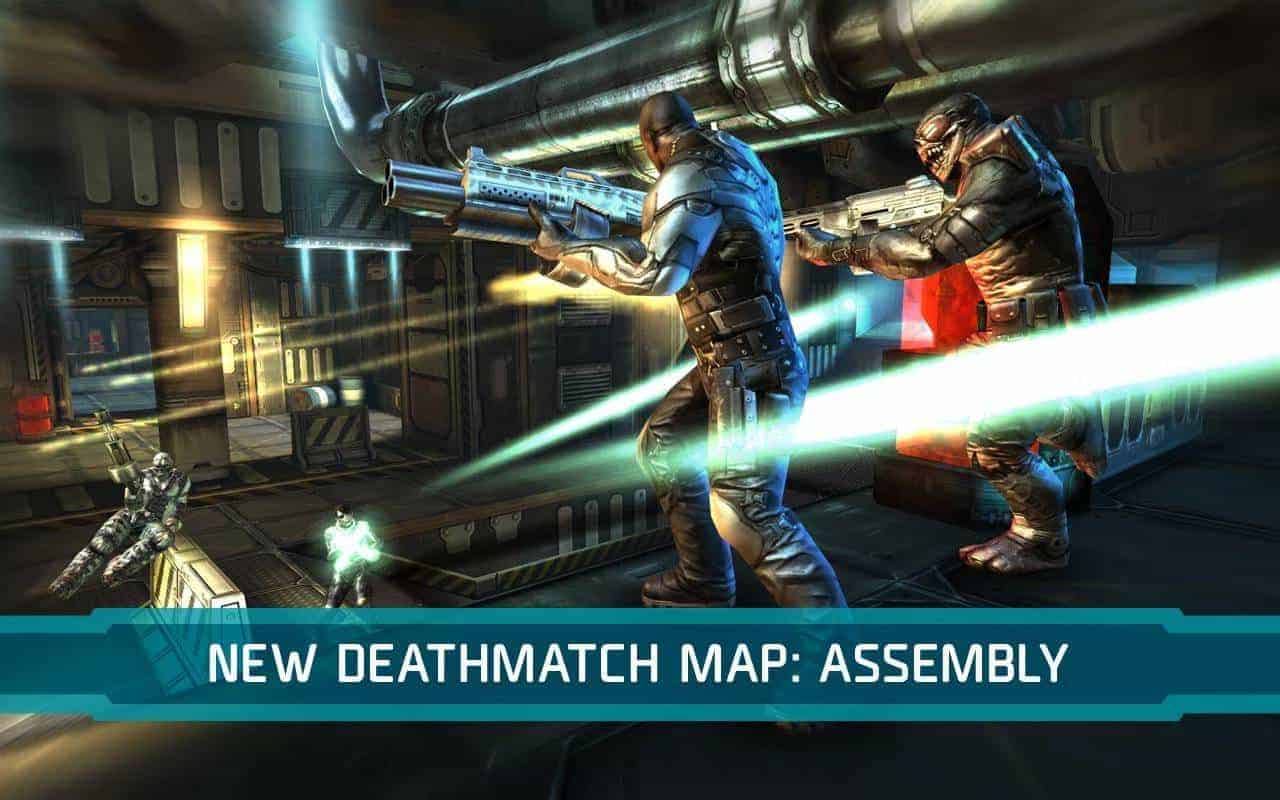 Shadowgun Deadzone comes from the popular developers known for titles like Samurai II Vengeance, Dead Trigger and Dead Trigger 2, and of course the original Shadowgun. This particular title is based on the Shadowgun universe, but it’s all multiplayer action in team based third-person shooter battles. You can level up and gain new weapons and gear/items to help you in combat, and swap out your looks with new aesthetic items. If you enjoy multiplayer shooters, this is definitely worth a look. 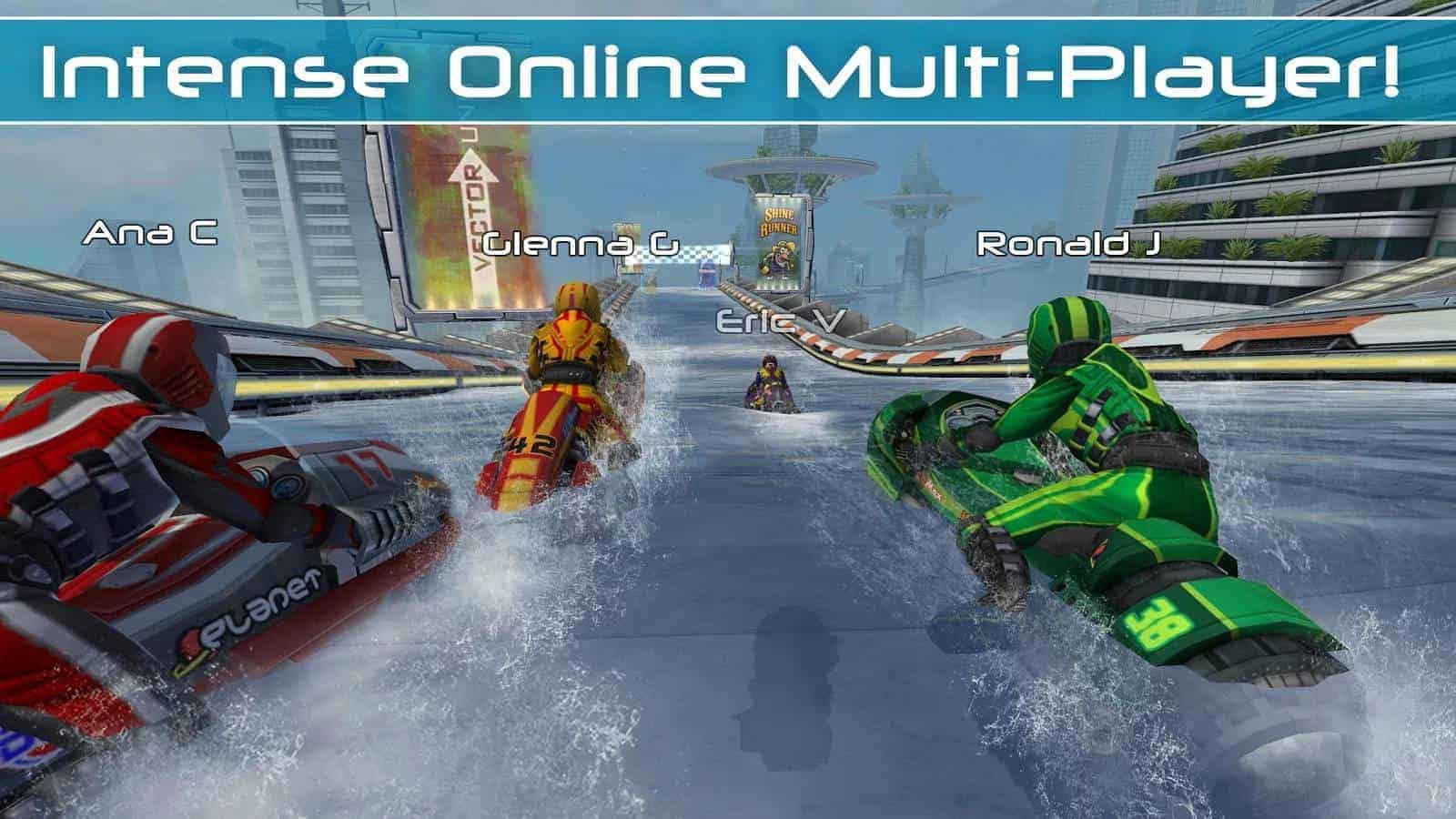 If racing titles are your thing, Riptide GP 2 is one of the best out there for mobile titles. It features high-octane action in heated races with jet skis, realistic graphics and some downright amazing water visuals. There’s loads of maps, and if you best your opponents in the multiplayer mode you can climb the leaderboards.

Heroes Of Order And Chaos 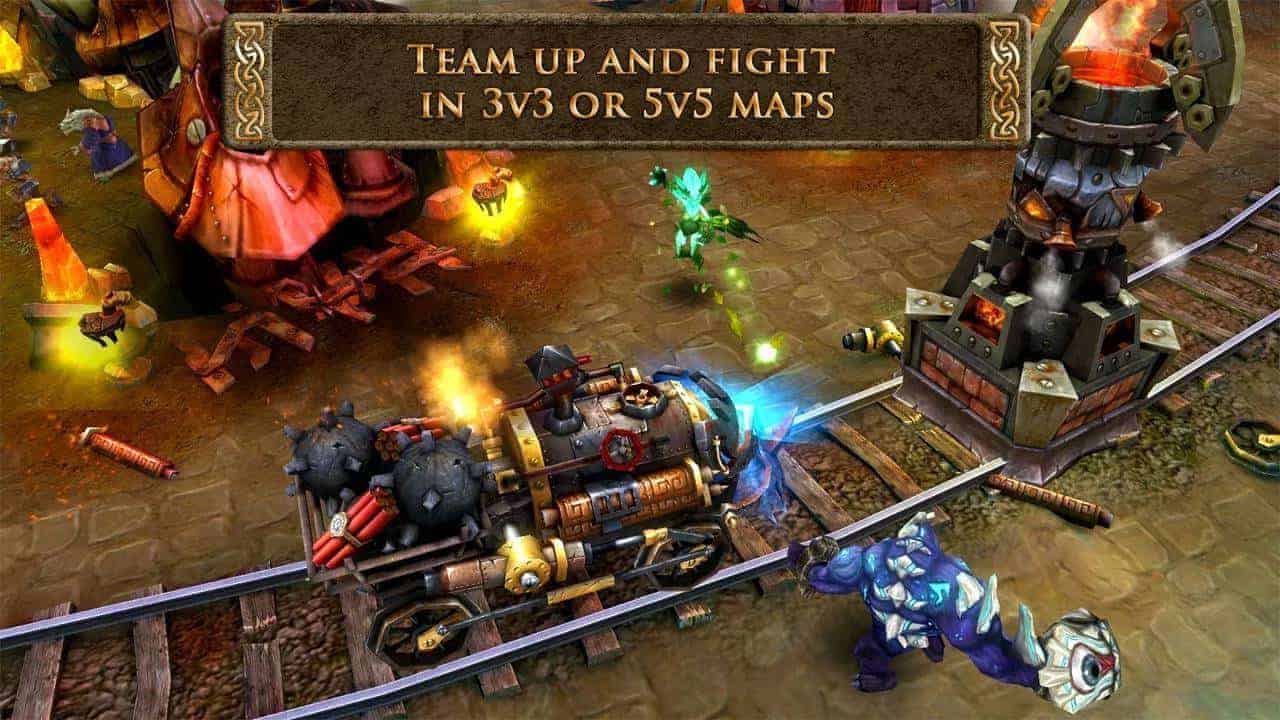 Heroes of Order and Chaos is all multiplayer, mixed with some strategy and PvP combat. In multiplayer battle arenas, it’s all about taking it to your foes up lane and eventually destroying their base. With tons of different heroes to play and items to help enhance your character of choice during battles, there’s plenty which could make or break your matches. 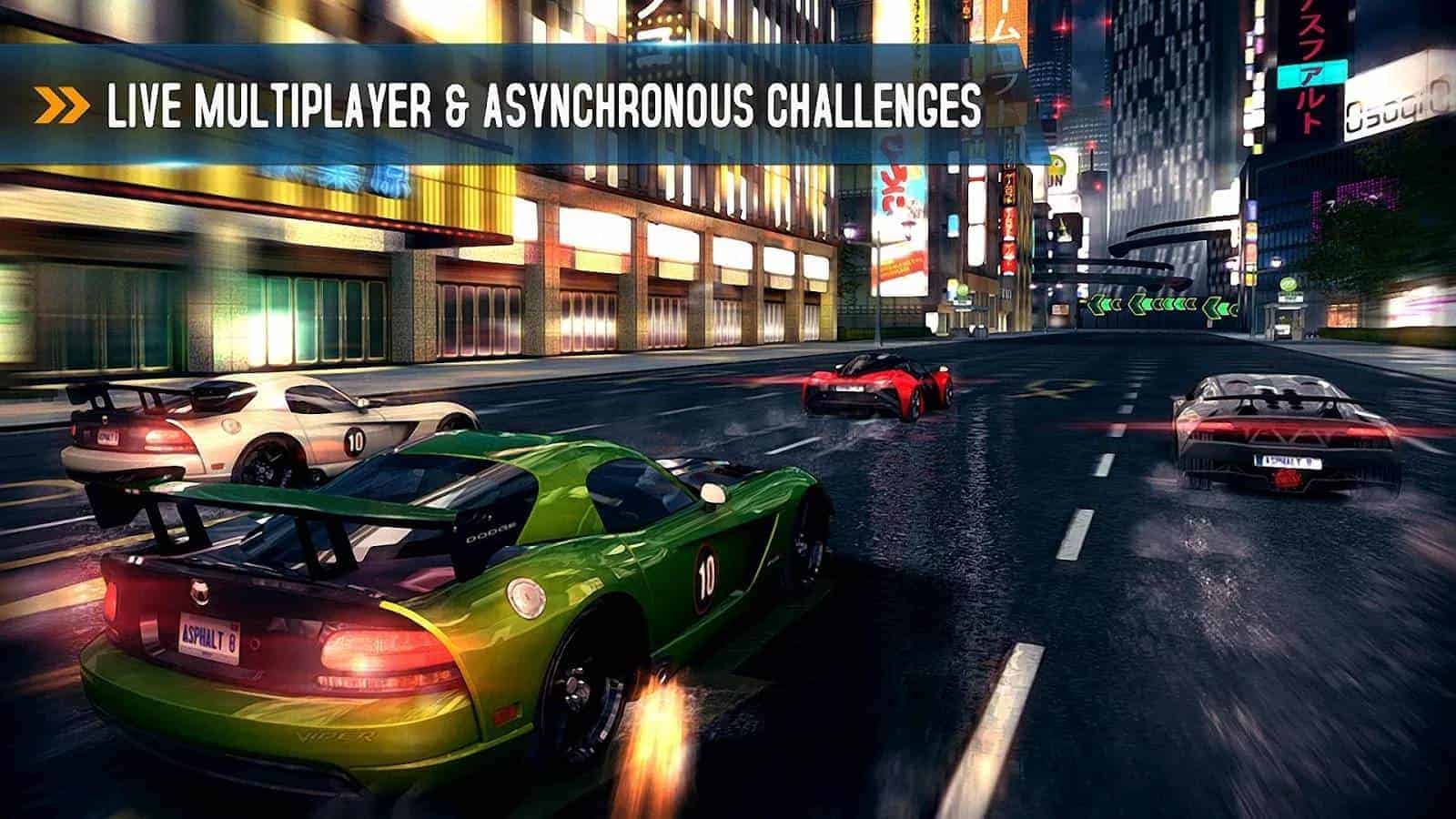 Asphalt 8 is a wild beast of a racing game, made popular by its lush visuals, huge library of cars to collect and race, and the action-packed multiplayer races you can engage in for bragging rights. When it comes to racing games which offer extreme intensity, it doesn’t get much better than Asphalt 8. 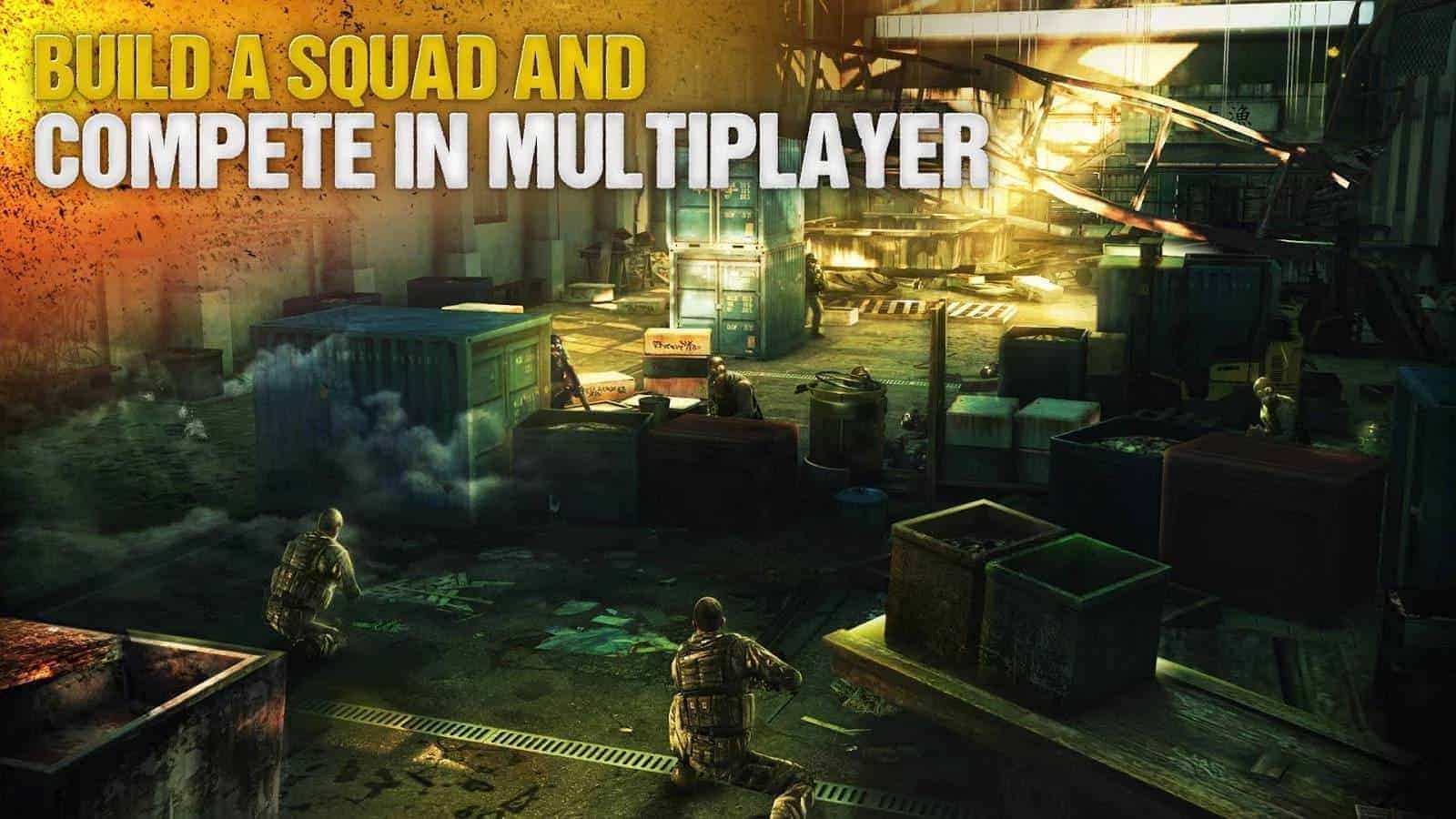 Following along the lines of the popular Call of Duty franchise, Modern Combat 5 has a high-stakes multiplayer mode which offers some of the best first-person shooter gameplay experiences you can get on a mobile device. It features various multiplayer game types, in-game chat, and you can build squads and team up against others. If you’re really into shooters, grab Modern Combat 5 and a gamepad (or simply use the touch controls) and have at it. 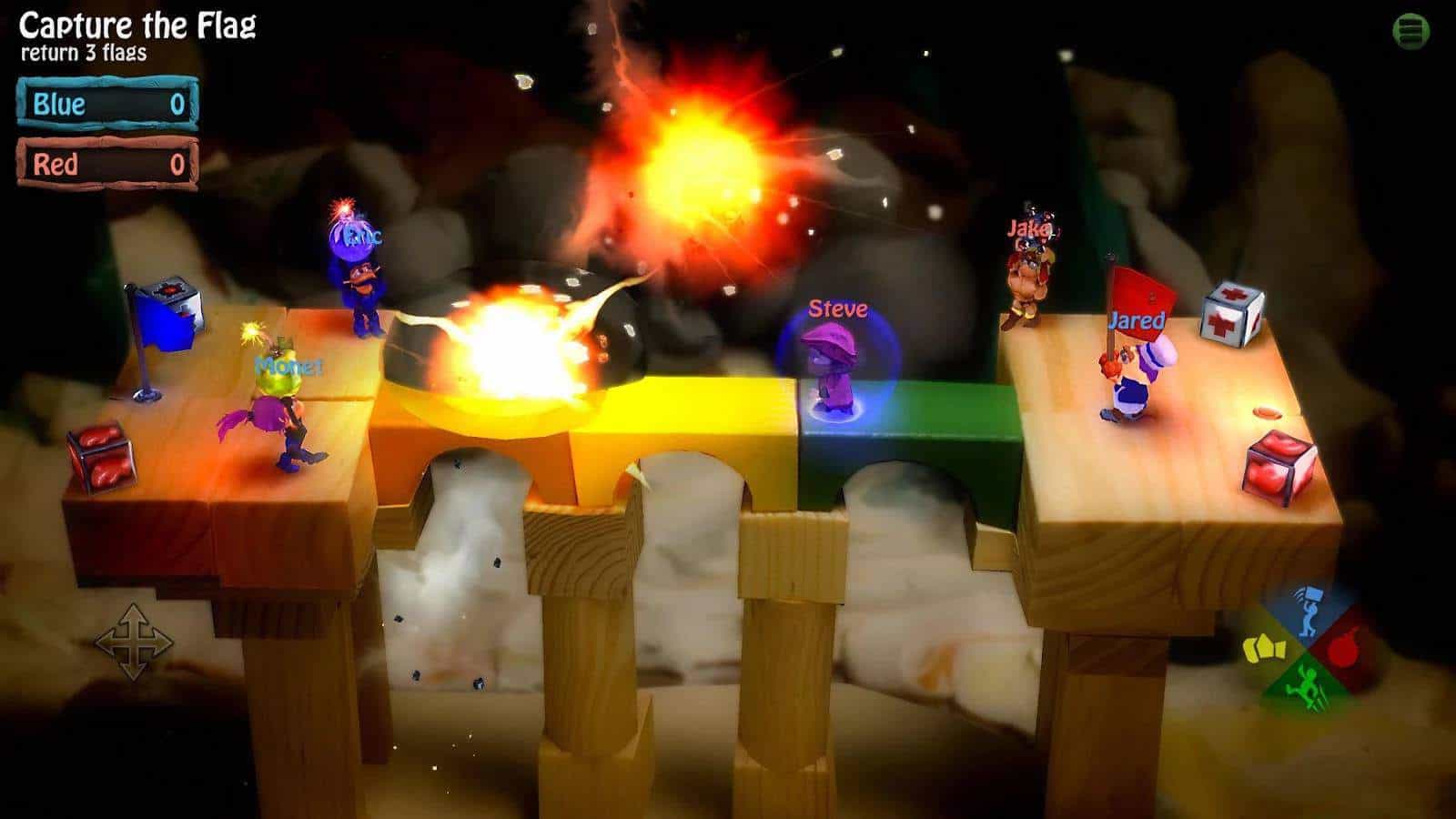 Multiplayer games come in all shapes and sizes, but some of the best and most fun multiplayer games are party games like BombSquad which contain a selection of different mini games that you can play with your friends. If you enjoy more of a light hearted fun with multiplayer than intense, fast-paced action like with racing titles or shooters, check out BombSquad, you won’t be disappointed. 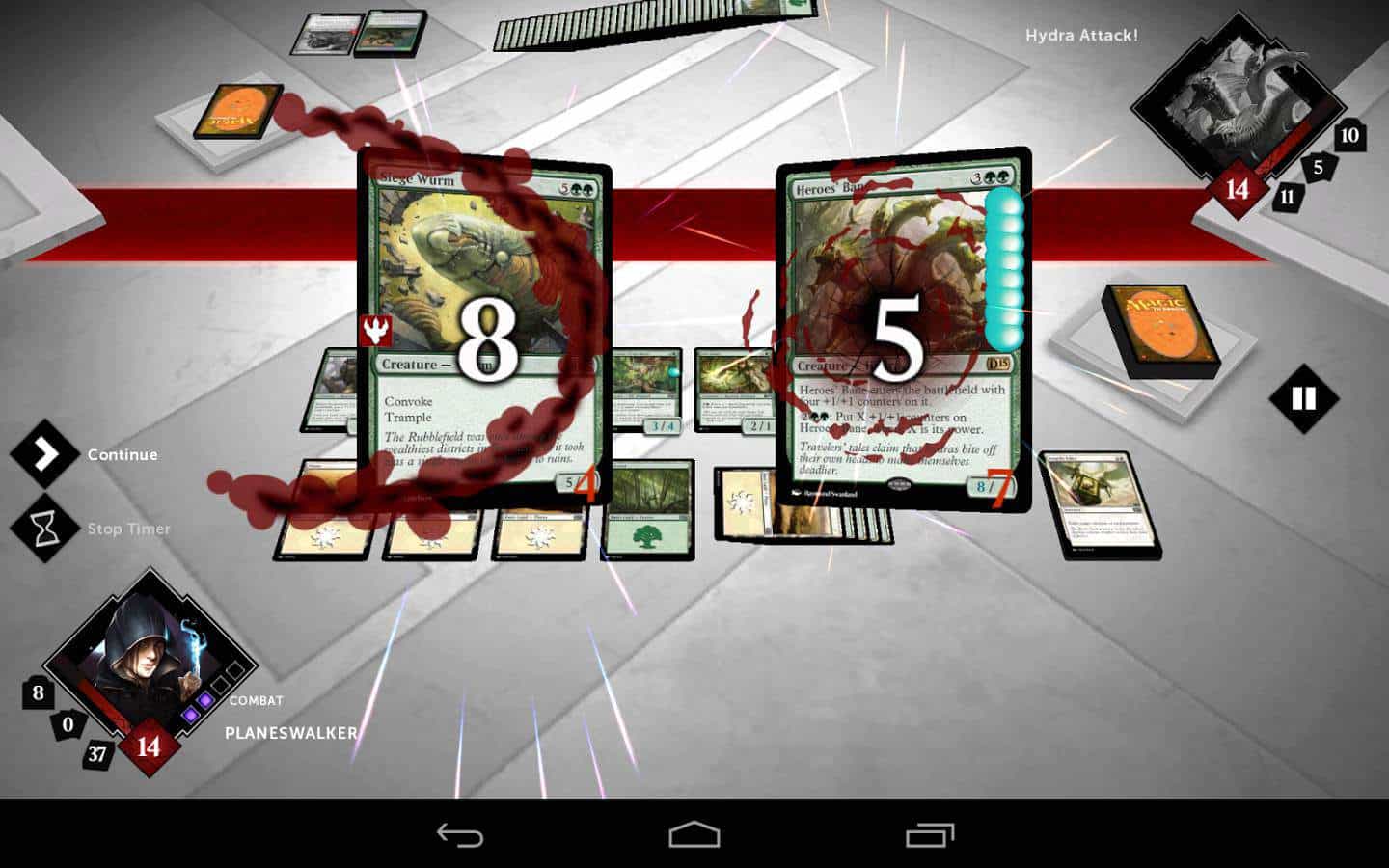 If you grew up in the 90’s and you even remotely enjoyed card battlers in the slightest, you knew what Magic the Gathering was. Magic 2015 is the digital version of this wildly popular card battler fro m Wizards of The Coast with seemingly just as much to love. If you like multiplayer, competition, and card games, Magic 2015 should be on your list. 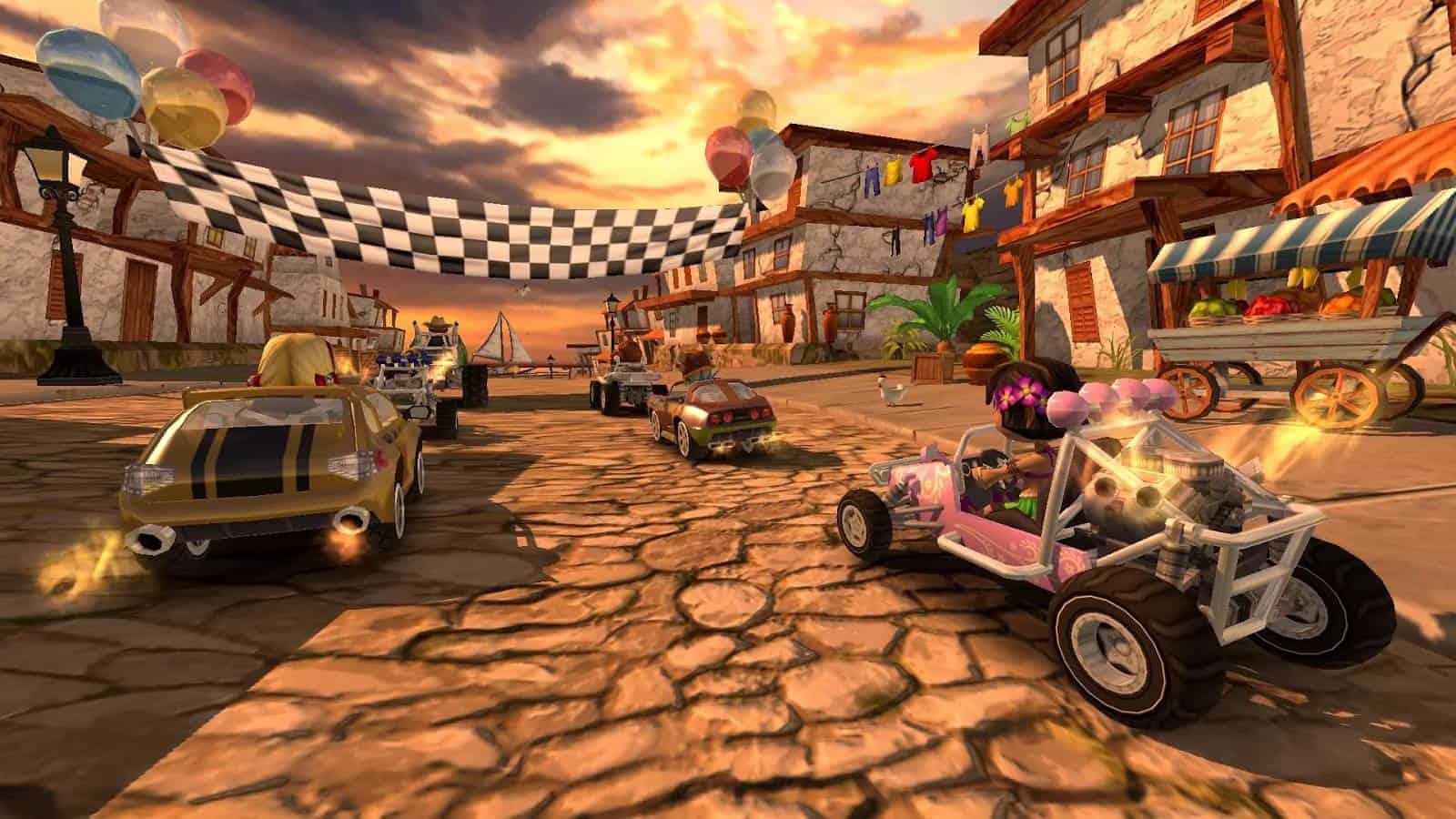 Beach Buggy Blitz is another racing title and from the same people who put out Riptide GP 2, but it takes on more of a Mario Kart type feel with fun characters, kart style vehicles, and items to boost you with enhancements. There’s multiple maps and you can play with up to four players on split screen. If you’re looking for a less serious racer, check out Beach Buggy Blitz. 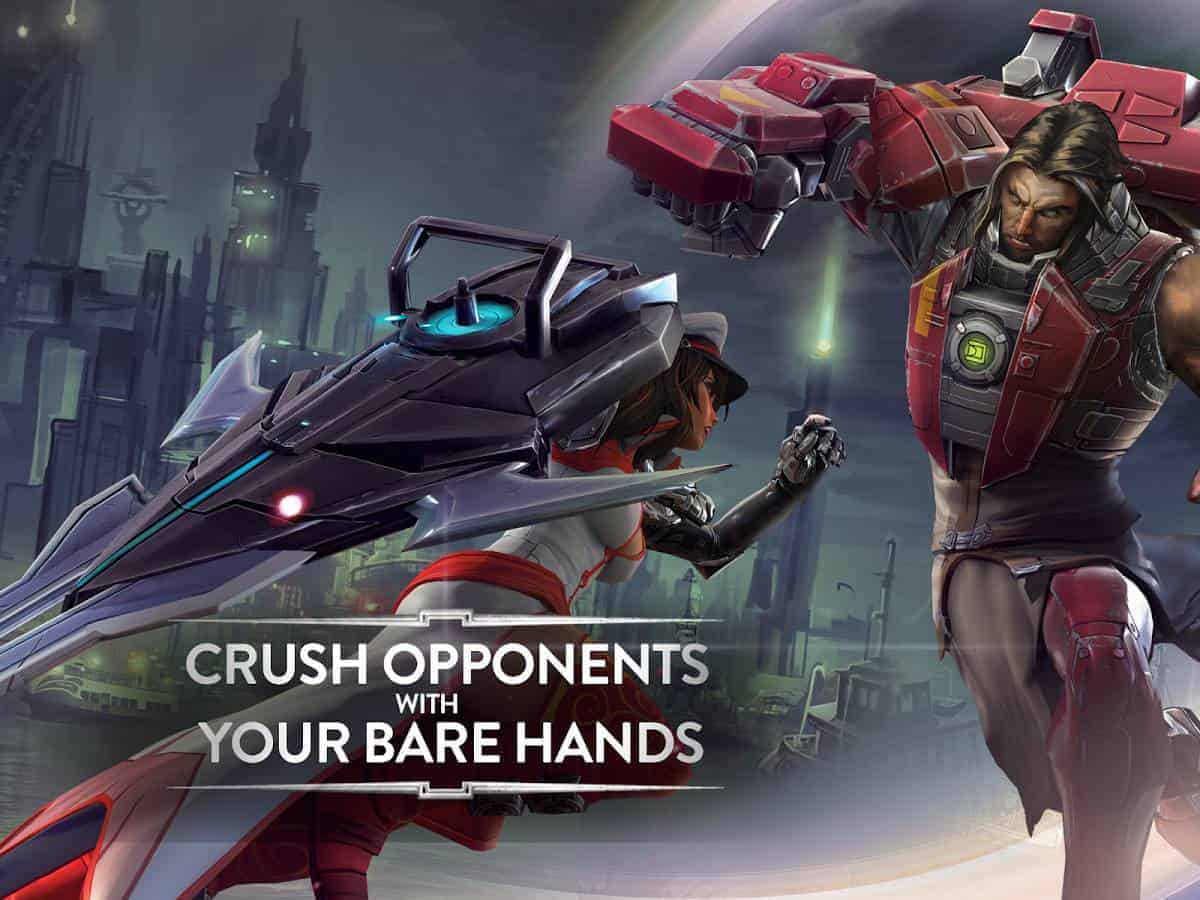 If you like MOBA games (multiplayer online battle arena) and you haven’t had the chance to check out Vainglory yet, you are doing yourself a huge disservice. When it comes to MOBA games on mobile devices, Vainglory is it. Tthe cream of the crop with efficient controls that feel like they’ve been perfected, tons of character choices, loads of action and just as much intensity as huge MOBA titles like League of Legends, Dota 2, or Heroes of The Storm. Visuals are some of the best you’ll find and you’ll love exploring all of this game’s little quirks and intricacies. It’s easy enough to learn for those who play casually, but has enough complexity to please even the most hardcore of players who thrive off competition. 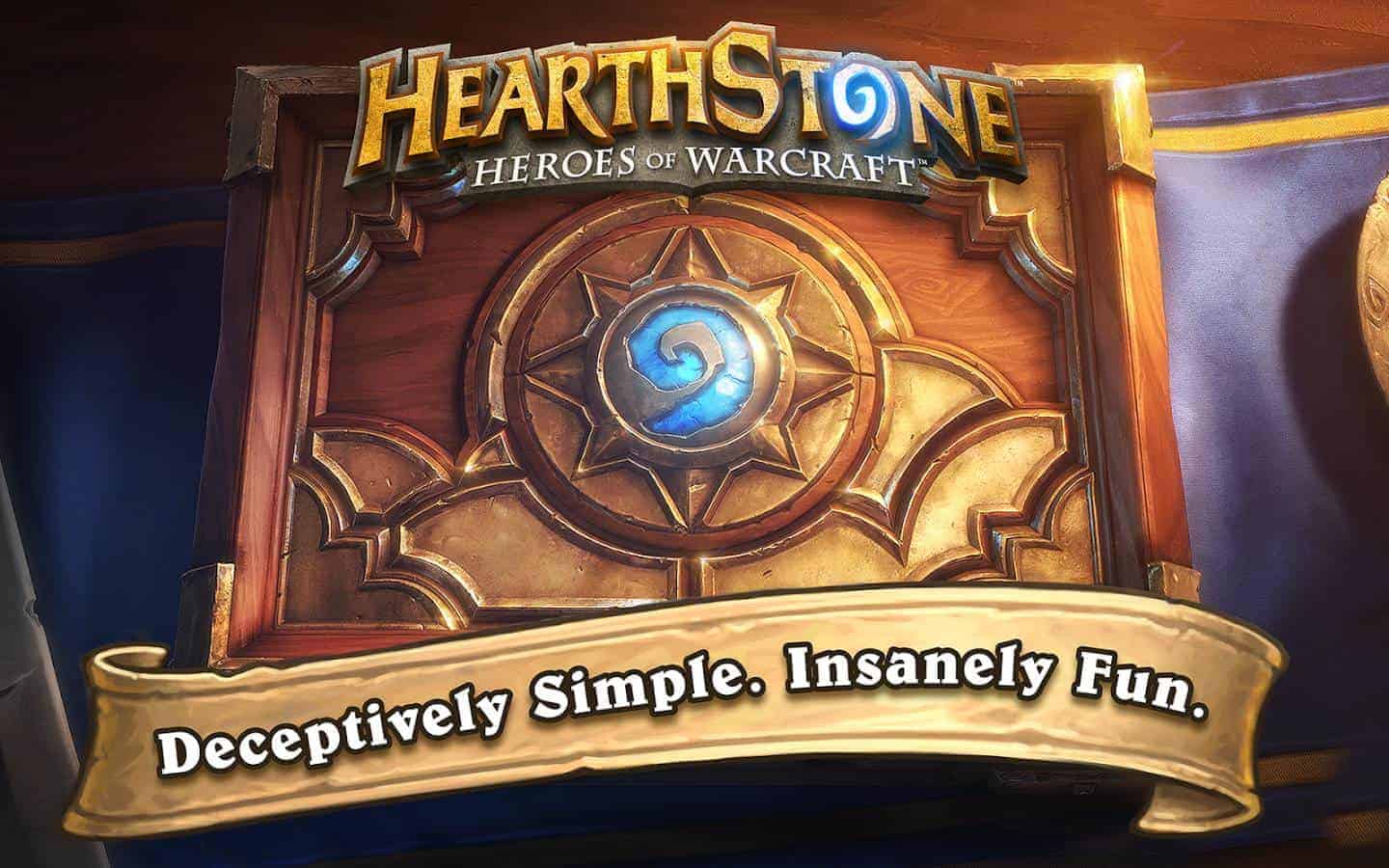 When it comes to multiplayer games, right now none may be more popular than Hearthstone. Blizzard has a way of attracting gamers like a moth to the flame and for good reason. The game is downright fun. If you love card battlers, Hearthstone is definitely one to check out with cards and decks, as well as single player story adventures all based on the World of Warcraft universe.