When it comes to getting online in the UK, it’s not exactly difficult. 3G networks have come a long way, and 4G networks are fairly common now as well, besides there’s always free WiFi somewhere around the corner. EE however, as the UK’s largest 4G network, hopes to make getting online no matter which device you’re using a little easier with their MiFis. The EE Osprey 2 Mini offers ease of use for all types of users looking to hook up a laptop, a tablet, a friend’s phone or whatever they like as it offers up to 10 connections at once. So, let’s take a closer look, shall we? 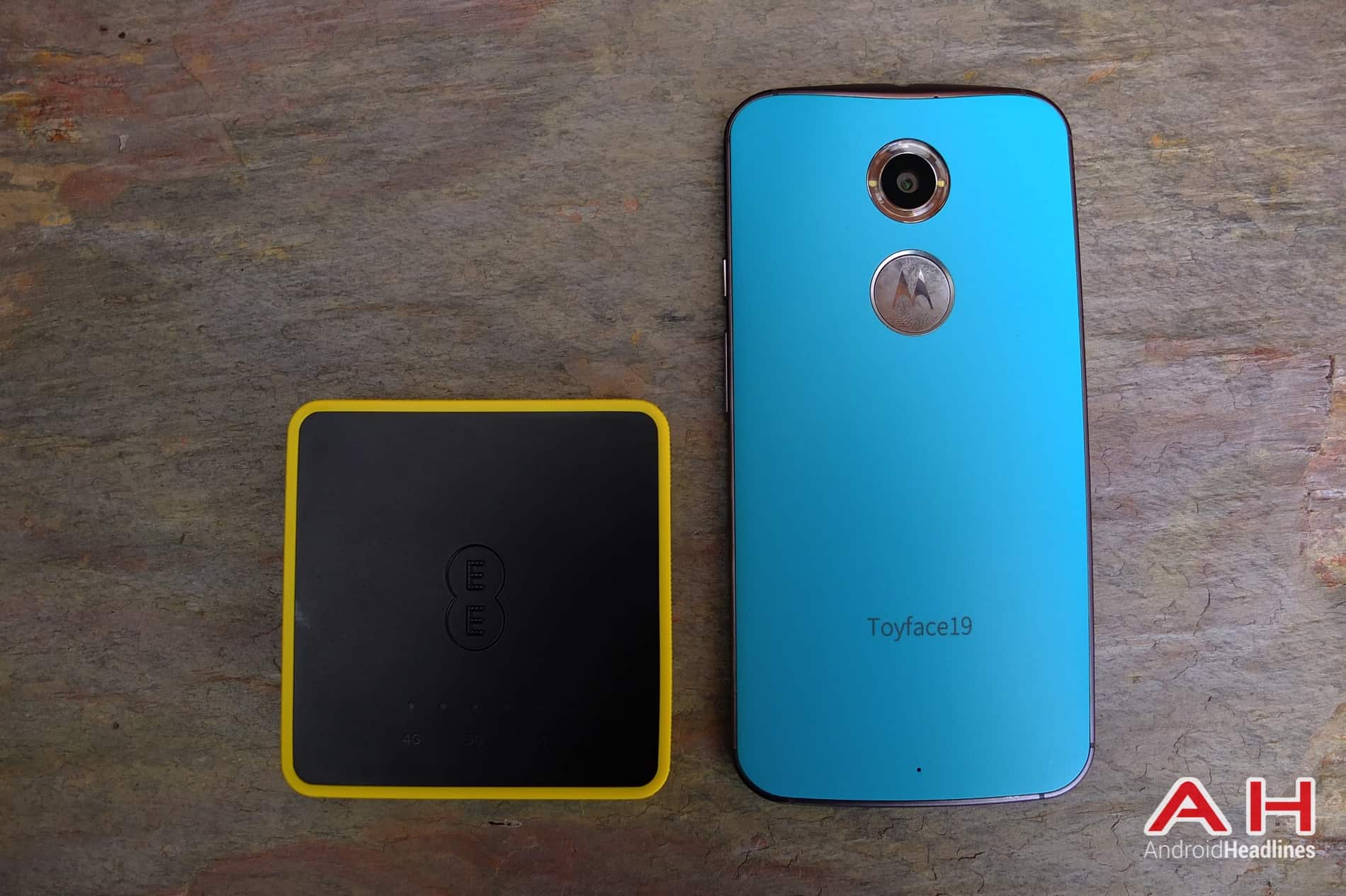 As the Osprey 2 Mini is designed to be fairly simple and easy-to-use, it’s unsurprising that it’s design is pretty simple, too. The whole thing reminds me of a small little coaster; it’s square and is 13mm thick, so it’s not exactly thin but at just 73mm x 73mm square it’s fairly pocketable. Inside the box there are three different colored bumpers to change the look of the MiFi; blue, pink and yellow. This is a nice addition out of the box, as is the included carrying case to keep things neat and tidy.

There are LED indicators for 4G and 3G connections, quickly letting you know what sort of speeds to expect as well as an icon to let you know when you have any messages. On the rim of the device, there’s a single button to turn it on or off, which also doubles as a vague battery indicator. The EE logo in the center of the device finishes things off nicely, and all-in-all, this is a fairly good-looking MiFi and is easy to throw in a jacket or bag without any complaints or worry that it’s going to break. 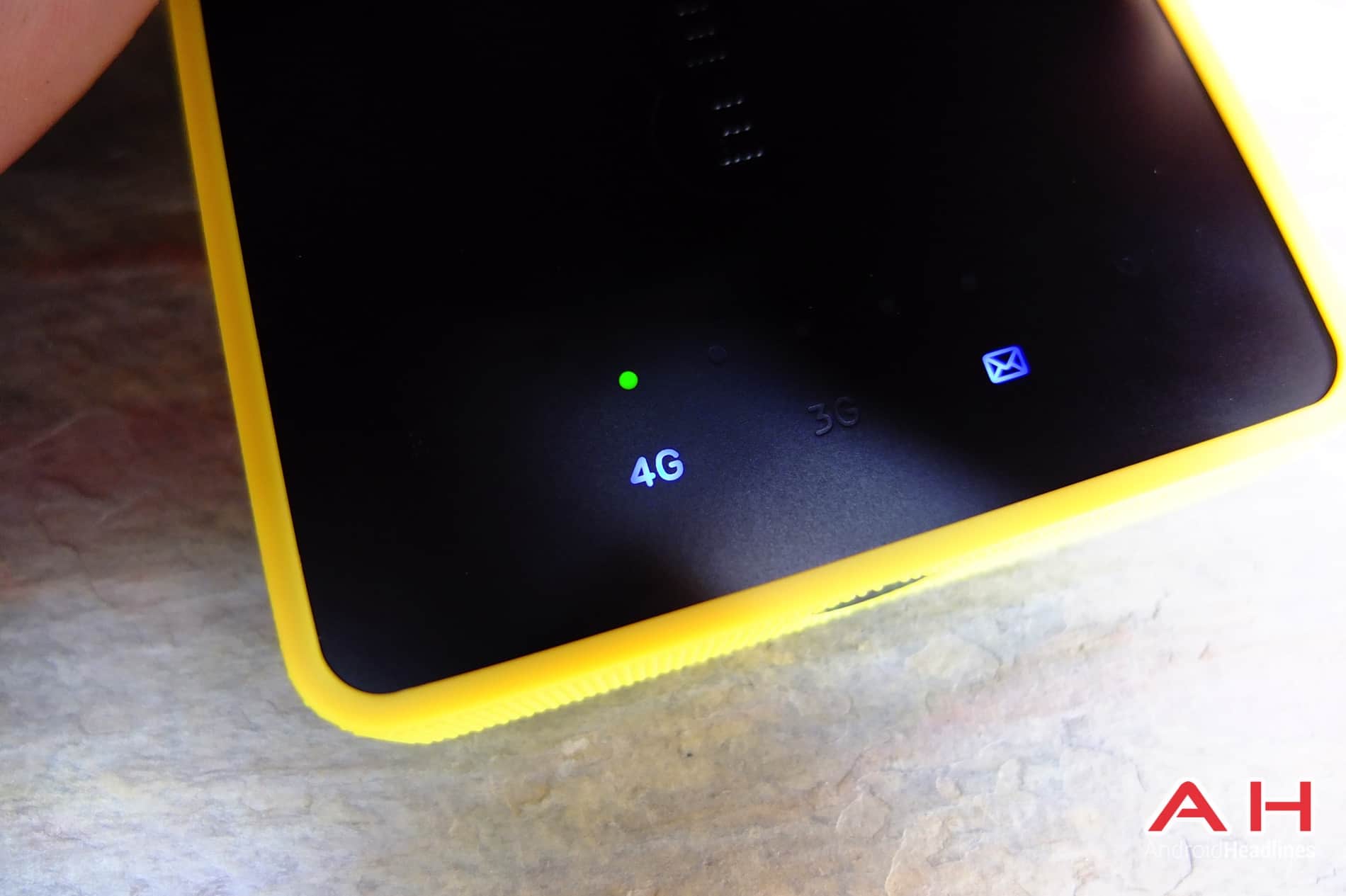 Firs thing’s first; this little guy is fast. Now, that obviously hinges on you actually having 4G LTE where you are, but when you have it this little box can definitely pump it out. In my testing, I managed to pull down around 15 – 16mbps and almost 9mbps up. Where I am (in between Nottinghamshire and Derbyshire) these are respectable speeds. Three’s 4G is faster at about 22 – 25 mbps, but considering O2 and Vodafone’s speeds in my home town are pathetic, EE gets a thumbs up from me. 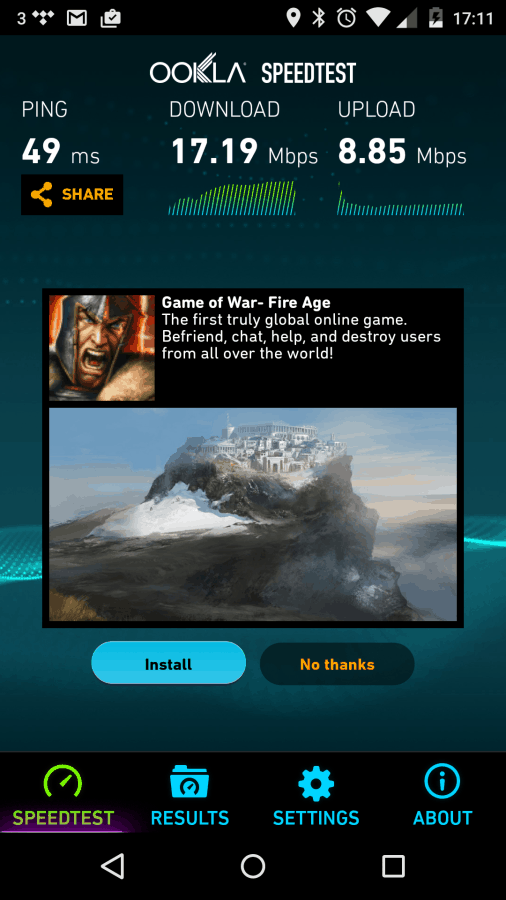 In terms of usage, the Osprey 2 Mini allowed me to stream music from TIDAL, 1080p YouTube was easily streamed and Netflix worked great, too. Browsing the web is both immediate and page loads are pretty good, too. If you have better EE coverage where you are, this little guy will impress you, and as you can connect up to 10 devices to this at the same time, there’s a lot of usage to be had from this little box. 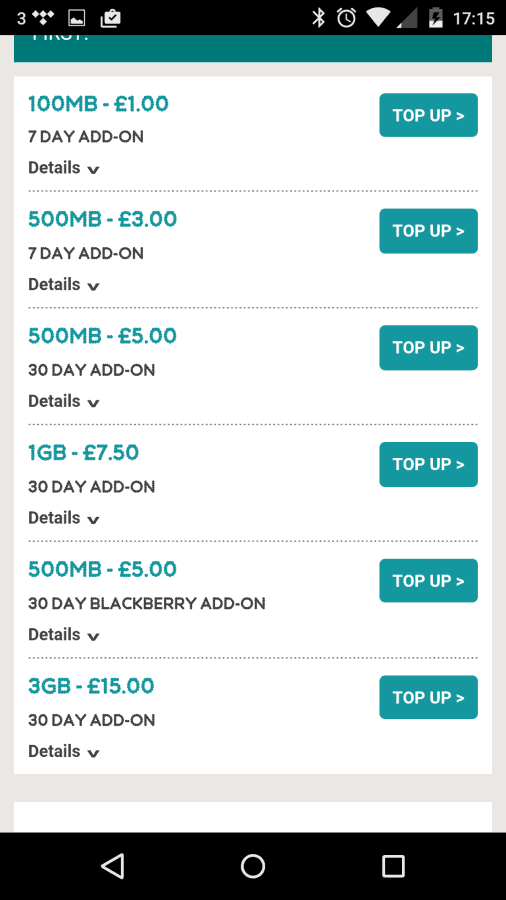 Data prices, frankly, aren’t the cheapest. Now, I understand that my contract with Three (which features unlimited data for £23.00 a month) won’t translate here, but I was shocked to see 3GB of data costing £15.00 for 30 days. That’s expensive, very. There are contracts you can take out on this however, including a £30 a month charge, with a £39.99 upfront payment for the MiFi with 25GB of data a month, and this doesn’t lock you into a 24 month contract. So clearly, it’s best to purchase this and grab a plan at the same time.

As this is basically a tiny, battery-operated router, there’s the familiar settings page. With this, you can check your text messages, send text messages, top-up your data allowance and see which devices are attached. You can also change the SSID and password to whatever you’d like, which is important, and many of the same sort of settings you’d find in your home router are here as well. Sadly, the default view from my Moto X isn’t great: 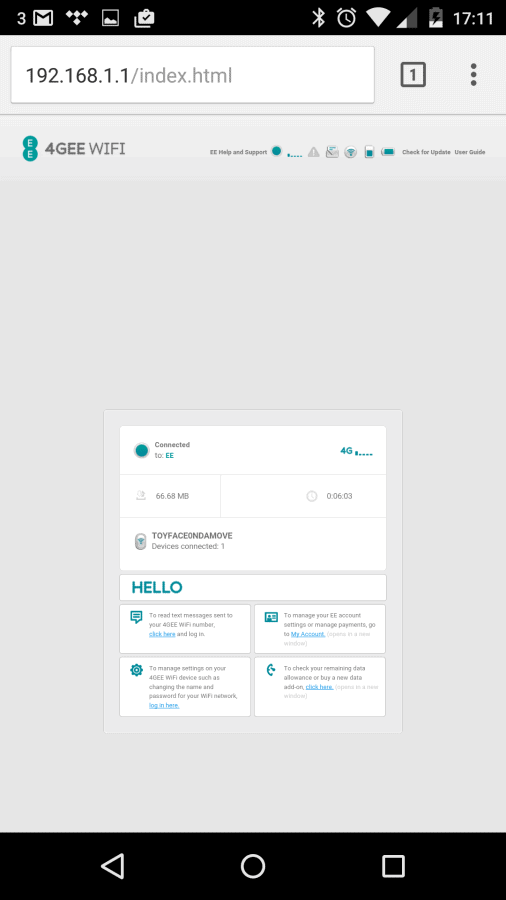 Zooming in and things get a little easier to deal with, and the way that EE have broken things up into simple sections is appreciated. 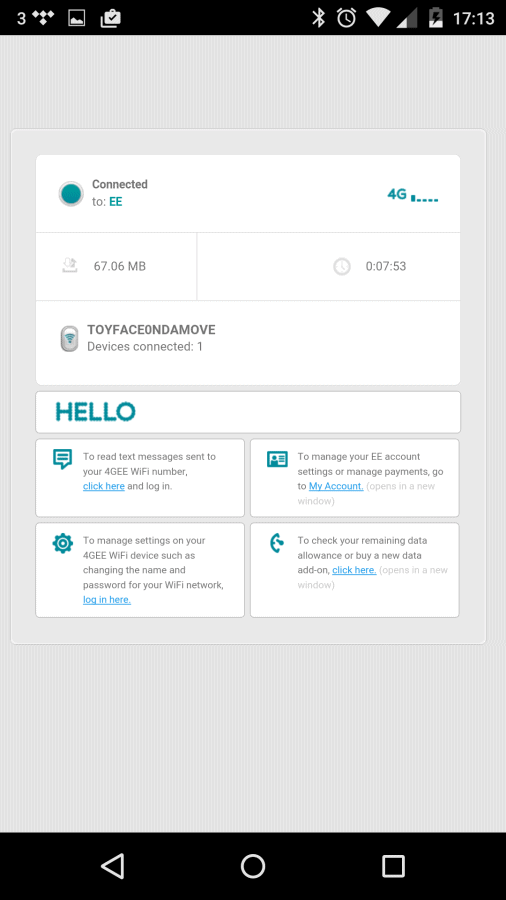 As for settings, you can go ahead and change things such as the channel, the SSID and the maximum amount of devices connected, up to a max of 10. 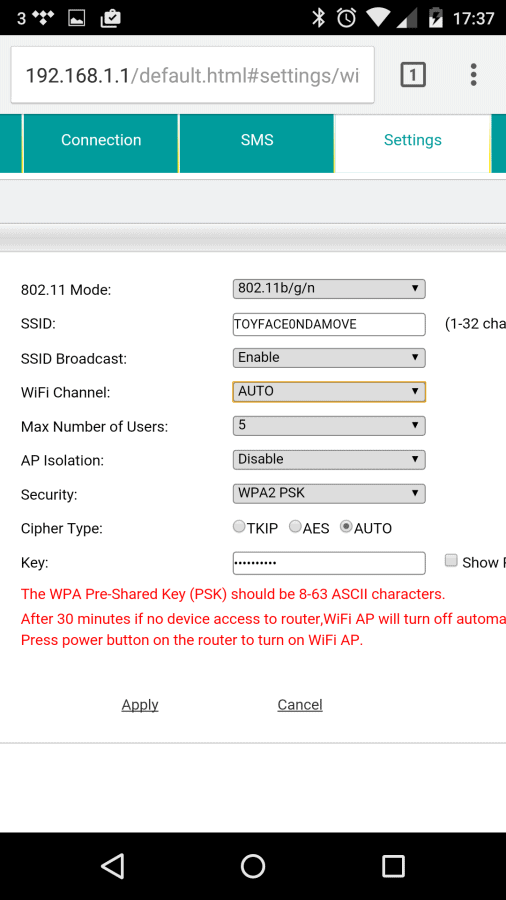 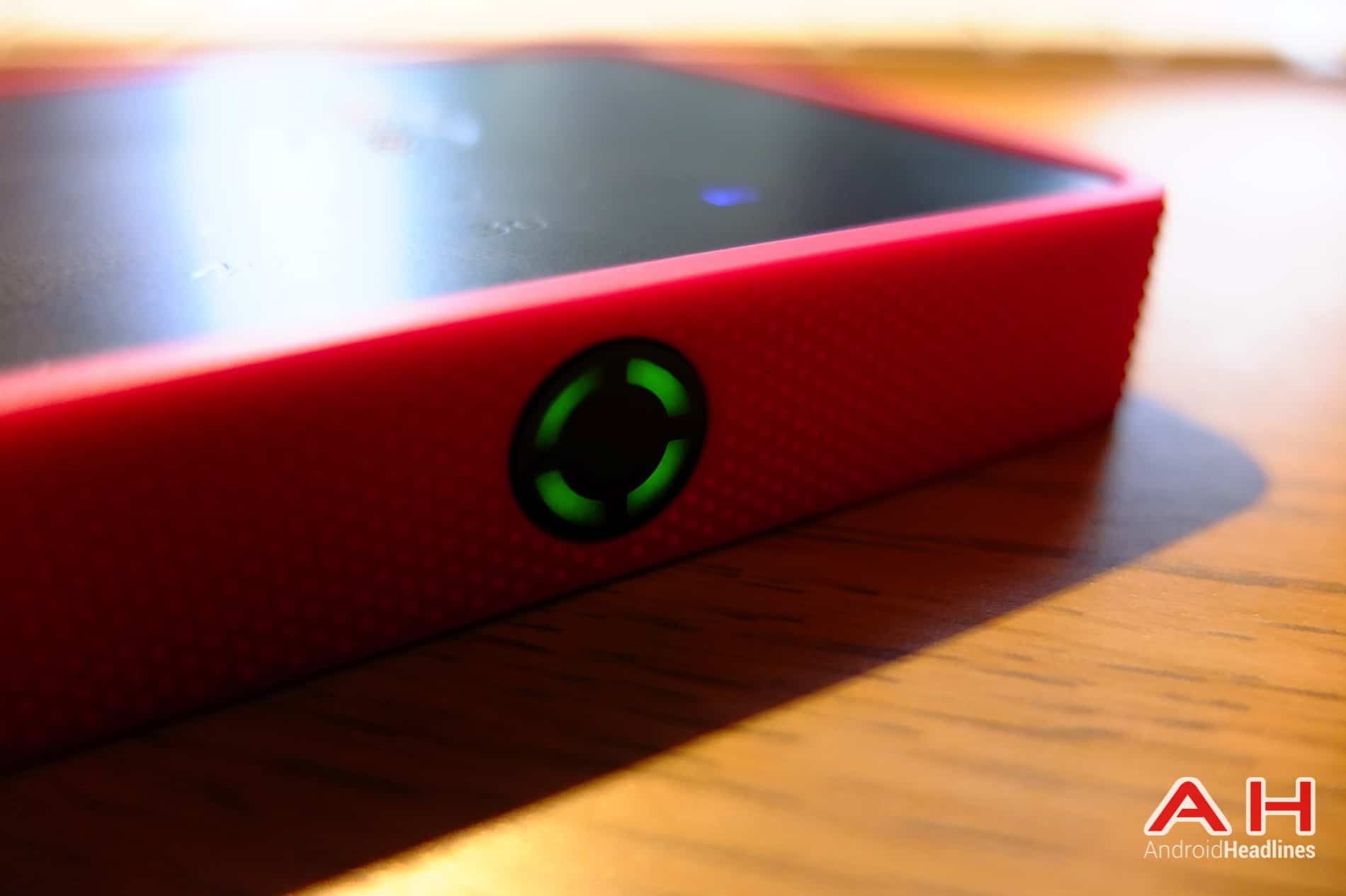 It’s hard to quantify this sort of thing on a MiFi, but I’d say the six-hour figure quoted by EE for constant browsing is about right. I’ve used this here and there out in the garden to get online and stream music and it worked wonderfully, with the battery handling tasks like this quite well. Now, when my partner and a couple of friends hooked up and were all on the device, the battery did drain quicker than just with a couple devices from one person. Either way, the 1,500 mAh battery doesn’t take too long to charge up, so if you get low it doesn’t take long to top back up. I took the Osprey 2 Mini into a London a couple of times and was connected to it all day from morning ’til about 5PM and while I wasn’t browsing all the time then, and only really browsing the web to read, it lasted until I got back in the evening, which was more than I expected.

What the EE Osprey 2 Mini is is a handy little MiFi that can help you get online without any hassle. If you take up a 30-day contract with EE when purchasing the Osprey 2 Mini – which will cost you £40 upfront – you can get a good deal on data each month, and stop paying whenever you like. As EE has one of the best 4G networks in the country, you might find this the best way to get your tablet and laptop online when on the move or traveling the UK. It can handle up to 10 devices, which means families and groups of friends will be well catered for and the carrying case makes this a very portable device, along with the overall footprint. A decent bit of kit those looking to get online with everything and anything they have no matter where they are, the EE Osprey 2 Mini does what it says on the tin.