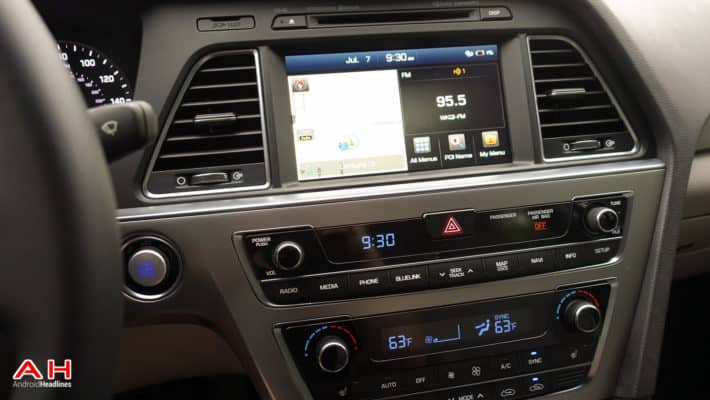 We've had infotainment systems in cars for quite a while. However, recently Google and Apple both got into the infotainment game with the addition of Android Auto and Apple CarPlay. Which brings into question safety. Is it really that safe to be fiddling around with Spotify on a 7-inch screen in your car? Well it's definitely safer then picking up your phone and doing it. The displays in cars have been getting bigger and better. I mean just look at the Tesla Model S display. That thing is huge. And because of that, it's raised some safety concerns.

As a professor at the University of Utah stated, you can't look at a display in your car as well as the road at the same time. Even though we might think we can. These screens are enabling drivers to take their eyes off the road, if even for a second or two. And the way some people drive, that could be enough to end a life.

While these screens are not viewed as safe, for car makers and customers, they are almost a necessity now. In fact, I probably wouldn't buy another car without Android Auto installed. With Android Auto, a user is able to listen to their music from that device through a variety of music apps, as well as listen to podcasts. Google Maps is also installed, and you are able to listen and reply to messages from Hangouts, and WhatsApp – as well as a few other messaging apps – you can also make calls through Android Auto. And all of this can be done through your voice. But is that enough to keep your eyes on the road? Google sure is hoping so.

Is Android Auto or Apple CarPlay a safety concern, yes. But after using Android Auto for about 3 months now, I think that as long as you're a responsible driver, you shouldn't have any issues.