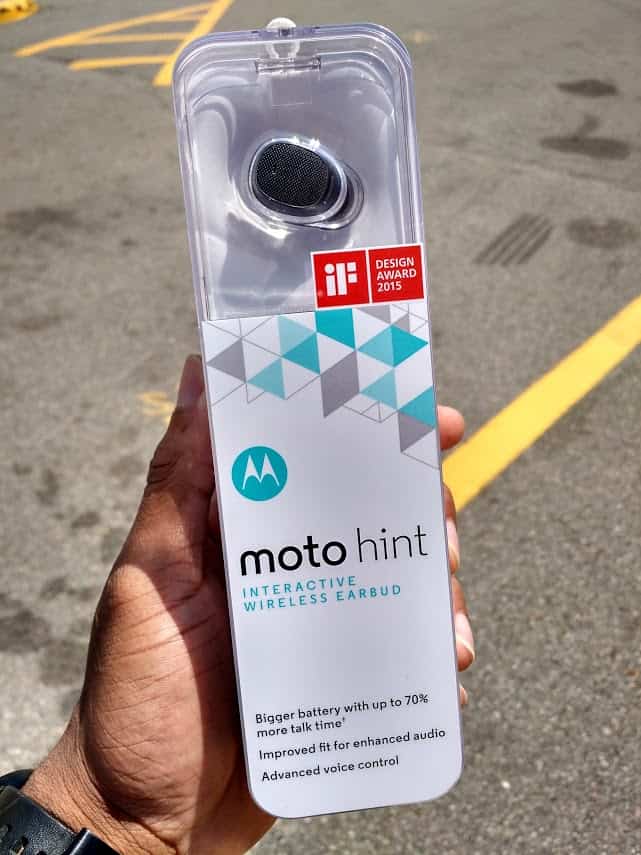 Another one of the new features includes 70% more battery life. Jumping from 10 hours to about 17 hours. More battery life is always nice to see, especially on a  device as small as the Moto Hint. Motorola has also improved the voice control, and are calling it "advanced voice control". We should see more about this at their event on July 28th, alongside the Moto G and Moto X. Perhaps even a Moto 360 making it's debut at this event as well.

You can actually walk into a Best Buy right now and pick up a Moto Hint 2nd generation. Which is pretty cool, but it also tells us that Best Buy can never keep a secret. It's keeping its same price as well, at $129. Which is a bit pricey for a Bluetooth headset. I'd really only recommend grabbing one if you have a Moto X, as it does a whole lot of other cool things with Moto Voice. For example you can ask for a score to a game, and it'll give it to you in your ear. Unfortunately that doesn't happen with other smartphones, only the Moto X. It's a way to get you to buy the phone, though.

So that's the Moto Hint in a nutshell. It's not revolutionary, but still very exciting. Motorola is supposedly announcing their portfolio next week in three cities, so I'd expect a few more products from the company on the 28th. You can stay tuned to Android Headlines for the complete details on everything that Motorola announces on July 28th, as we'll be there in person to see what they've got.