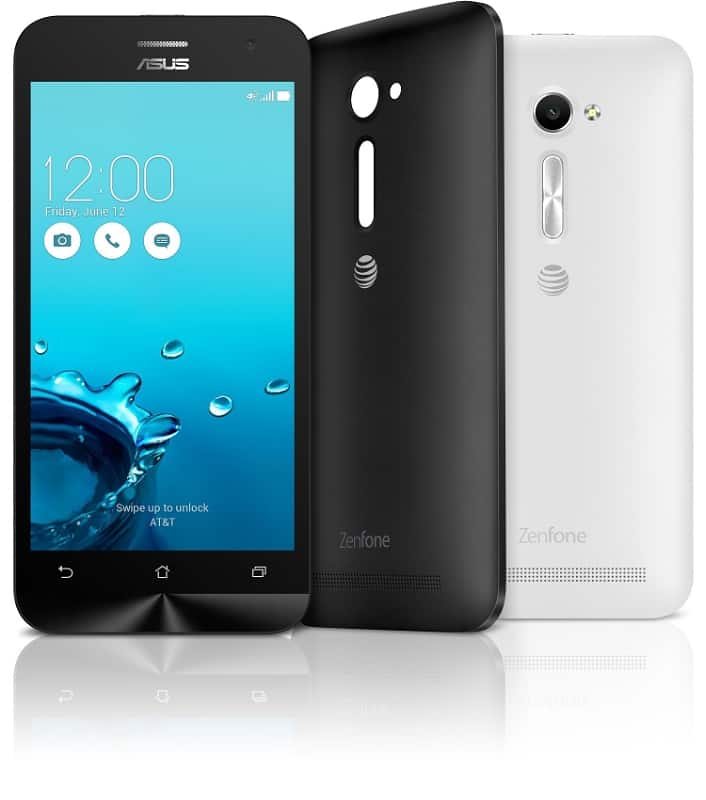 ASUS has been a strong contender this year in the smartphone market and largely thanks to the introduction of their high spec but budget friendly ASUS ZenFone 2. This is one of the first phones which came sporting 4GB RAM and yet was priced very firmly for the mid-range price market. As such offering a great level of performance at a very affordable cost. Well, following on from the success of the ZenFone 2, ASUS and AT&T have today announced the launch of an even more budget-friendly device as an AT&T exclusive, the ASUS ZenFone 2E.

In terms of the specs, the ASUS ZenFone 2E comes sporting a 5-inch IPS display, which comes with a 1280 x 720 resolution. Moving to the inside of the device and the ZenFone 2E packs in 1GB RAM and is powered by an Intel Atom dual-core (Clover Trail+) processor. In terms of cameras, the ZenFone 2E comes equipped with an 8-megapixel rear camera which is coupled with a more modest 2-megapixel front facing option. Storage is set at 8GB internal storage, although there is a microSD card slot offered to further expand when needed (up to 64GB). Additional features on offer, include Bluetooth 4.0, WiFi 802.11b/g/n, GPS, 4G LTE support and a 2,500 mAh battery, which is said to offer up to 19 hours of talk time. Last up, the ZenFone 2E comes running on Android 5.0 (Lollipop) out of the box with ZenUI over the top.