There has been a number of official leaks emerging from OnePlus recently. So it was about time we discussed the device and what is known in a little more detail. Of course, the launch event for the OnePlus 2 is only a matter of weeks away and by then, all will be revealed. However, as OnePus has released a number of specs in this micro manner, it is time to take a quick look at how the device is panning out so far.

OK. What we know. OnePlus has confirmed that the OnePlus 2 will come sporting 4GB LPDDR4 RAM. Now, this is going to be one of the best specs on offer as the RAM will inevitably help to make the phone feel as fluid as it can. Not to mention, OnePlus has already confirmed that the OnePlus 2 will come sporting the notorious Qualcomm Snapdragon 810 processor. This is a highly contentious processor and most avid news followers will be well aware of the numerous reports that have emerged regarding this processor and its apparent overheating. As such, the 4GB RAM will play a factor here (hopefully) in assisting and making sure the processor, processes fine and runs calmly. Of course, the RAM will not make the processor run cooler or fix issues with the processor but it will at least assist in multi-tasking which should improve the overall performance. For those worried about the processor, it is also worth pointing out that this is the v2.1 which is supposed to be redesigned to address many of the issues that had been noted previously. Although, it is also worth pointing out that this is the processor currently in the Xperia Z3+ which has also seen reports emerging that it overheats. In fairness, though, the Xperia Z3+ does run on 3GB RAM. Another point to note, is that OnePlus say they are underclocking the 810 on the OnePlus 2 to further try and ensure the processor runs cooler. Hopefully, this will be the case. 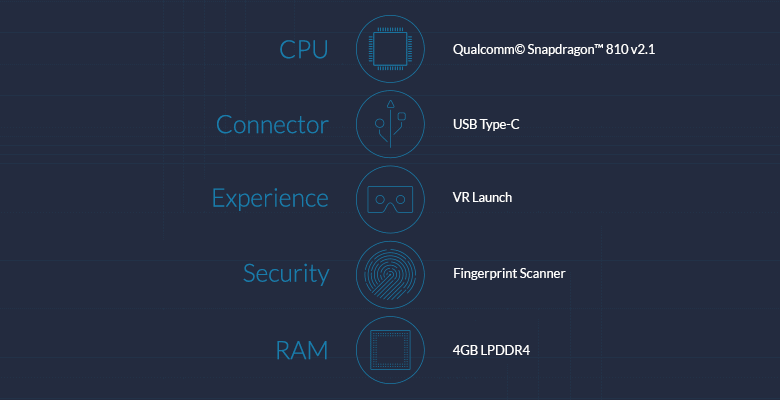 Moving on, OnePlus have also confirmed that the OnePlus 2 will come with a Type-C USB port. This is less surprising and in truth should be a spec that is primarily expected from any device going forward. It does seem to be the connector of choice and certainly is the en vogue port. As such, anything less would have been seen as a cost cutting feature on the OnePlus 2. OnePlus have also now confirmed the inclusion of a 3,300mAh battery. This is probably less of a revelation for those coming from the OnePlus One as the One is well-known for its strong battery life anyway. Not to mention, the battery on the One is not that far off the confirmed battery on the OP2. Therefore, as long as the OP2 is tweaked similarly to the One and offers a relatively long lasting use of the battery, the 3,300mAh battery will be less noticeable in terms of an improvement. Lastly, the other main spec/feature which has been confirmed so far, is the inclusion of a fingerprint scanner. Like the 810, this is where things get interesting again. Fingerprint sensors and scanners do not seem to be (a) a feature that works so well on smartphones and (b) a feature which users are actually that interested in. In truth point 'b' could quite easily be a result of point 'a' but either way, the consensus is that this is an area which might prove more of an annoyance than a feature. OnePlus has suggested that their sensor is 'lightning fast' and specifically name-dropped Apple's Touch ID, stating that theirs is faster. As long as it works and proves useful, then that should be the main aspect to focus on. With this sort of feature, reliability will certainly prove to be more beneficial than speed.

Moving to the unknown bits and pieces. The most interesting of the unconfirmed details emerged last week when OnePlus 2 sketches emerged online. Now the big thing here was that the front facing camera had been upgraded to an 8-megapixel camera, this is from the 5-megapixel offering on the One. Of course, the sketches did not provide any details on the rear facing camera other than the fact that it will be dual-lens option. That said, the sketches did include the fingerprint scanner which we now know is coming, so maybe the 8-megapixel camera is a realistic option as well. Another rumored feature of the OP2 comes in the form of the build. The sketches included what seems to be a metal rim, at least on the bottom portion of the device (which seemed to be validated by the sketches also including the Type-C port). However, an interested message sent on Weibo recently seemed to suggest a full metal body was coming with the OP2. Either way, it seems safe to assume metal will play a factor in the overall design. 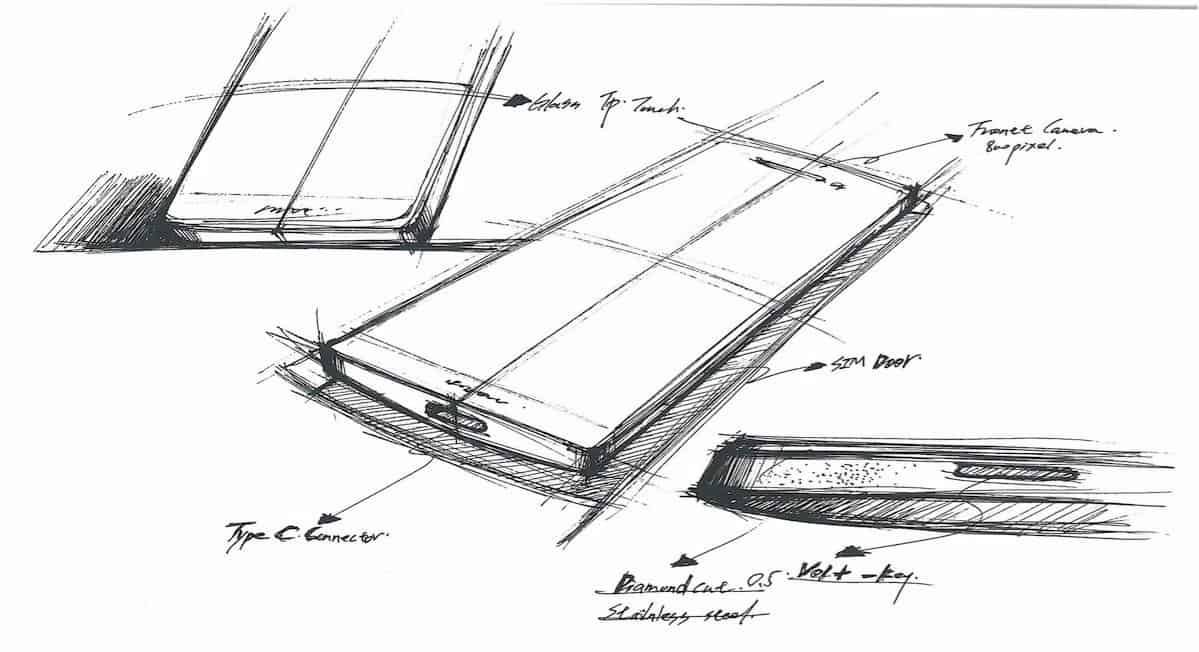 So, overall there is nothing too amazing about the OnePlus 2 that has been revealed as of yet. Of course, it is coming with some top specs, but these are all kind of expected from OnePlus now. The RAM had to be 4GB RAM to show an increase on the 3GB offered on the One. This is similar to the 3,300mAh battery being offered. It is an upgrade but whether it is a noticeable difference will remain to be seen. Not to mention, the 810 and fingerprint sensors are both debatable features while Type-C is almost an expectation nowadays and going forward. So where is the real 'flagship killer' feature? Of course, when it comes to a OnePlus device, price itself, is a feature. As the One not only undercut many flagship offerings but set the tone for what is expected from OnePlus now. This is a 'feature' which is yet to be confirmed. However, recently, there was an announcement with Pete Lao promising that the OnePlus 2 will not come in priced more than $450. In reality, that is a good indicator that the $450 price is going to be the cost. Maybe slightly under, but it is unlikely to be drastically under. If it was less than $400 then they would have gained greater headlines by using that figure instead. Therefore, $400-450 is the number, with the latter being the side to edge towards. However, word of caution here. Although the OnePlus 2 will not be priced more than $450, this is the baseline model. As we know with the OnePlus One, there is likely to be more than one storage variant on offer. That is unless the next spec announced includes a microSD card slot. Which is certainly a possibility. Therefore, if we adopt the same pricing structure as the One, then the $450 marker will be for the 16GB version. A larger 64GB version will hit that $500 marker. Not to mention, if they follow the recent Apple and Galaxy S6 trend, then there could even be a 128GB version too. Remember those 3 variants of the OP2 that popped up on a Bluetooth SIG listing recently? If that is the case then maybe we are hitting $550 (or even more) for the 128GB version. 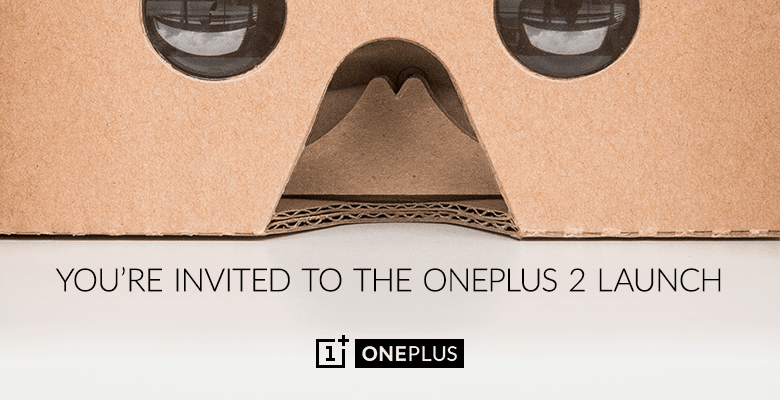 On a very last note, it is always worth remembering this is OnePlus and this company likes to surprise as they have done on so many occasions before. As such, it is more than likely that the best specs, upgrades or features have yet to be announced. OnePlus will want to keep these secret in preparation for the unveiling. Therefore, what we have to go on now is only the figures and features OnePlus have released so far. The OnePlus 2 will undoubtedly be a good device, it will be. The question for OnePlus is whether they can WOW the crowd like they did with the One.