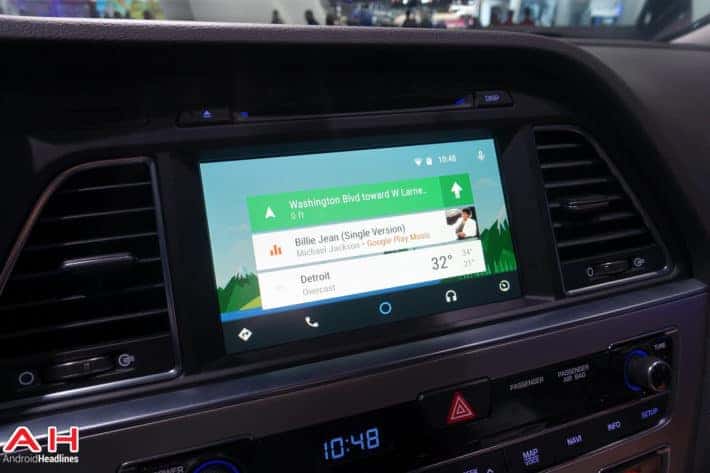 Android Auto has really gained some traction over the past few months. With Pioneer putting out their three after-market headunits, and then JVC just announcing that they were shipping their models to retailers and should be available real soon. Then you have car makers like Hyundai, Buick, Chevy, GMC and others announcing availability for Android Auto, it got us thinking, is it better to use Android Auto on a head unit or with it being built into the car?

With a head unit you basically just have the display, and actually I've been using one of Pioneer's models in my car for a few months now and really have enjoyed it. However, it is not cheap, it does cost around a grand to get one and have it installed. You will also have charging cables hanging out from somewhere. Which isn't the prettiest site. However, with Android Auto being built in, you do still have the display, but you also have a port to plug in your device, so you don't have a charger hanging out of the glove box. There are also generally controls on the steering wheel. So you can hit the microphone button on the steering wheel and tell Google where you want to go without touching the display. Not a huge deal, but it's that much less distracting.

Now if you're deciding between buying a new car for Android Auto or just getting a head unit, I'd definitely say just get a head unit unless you need a new car. As it'll be much cheaper, and you'll get almost the same experience. Sure getting a new 2015 Hyundai Sonata would be nice, but not everyone can afford to do that. Heck, not everyone can afford to, or want to, pay nearly $1K to get a head unit that uses Android Auto. So you've got to use your head, but for the most part the experience is the same, it's just a bit neater when Android Auto is built into the car, instead of being installed afterwards.