Skip to content
Trusted By Millions
Independent, Expert Android News You Can Trust, Since 2010
Publishing More Android Than Anyone Else
29
Today
232
This Week
743
This Month
3752
This Year
121364
All Time OnePlus 2 is one of the most expected smartphones of the year. Its predecessor was a huge surprise last year, that handset sported high-end specs, was powered by Cyanogen’s OS, and was really affordable on top of all that. OnePlus doesn’t really have the element of surprise anymore as many consumers are eagerly expecting this device to launch. The company has already set a release date for the OnePlus 2, the device will be announced on July 27th, which is less than a week away at this point.

That being said, we’ve seen quite a few leaks regarding this device, and the alleged OnePlus 2 even paid a visit to AnTuTu recently. According to that listing, OnePlus 2 is carrying an underclocked variant of the Snapdragon 810 SoC, or at least it seems that way. The device was able to score 48,102 on AnTuTu in the aforementioned test, but a new listing popped up today. We’re still looking at the OnePlus A2001 model, and in this new test the device was able to hit 63,719, which paints a completely different picture than the test we’ve shared recently. If you take a look at the image down below, you’ll notice One A2001’s results compared to some other handsets, like the Meizu MX4 which sported the highest AnTuTu score at the end of 2014.

OnePlus has already confirmed that the OnePlus 2 will be powered by the Snapdragon 810 64-bit octa-core SoC by Qualcomm. The company has also teased the inclusion of the Type-C USB 3.0 port, and two SIM card slots. Company’s CEO was also kind enough to say that the device won’t cost more than $450, though he didn’t exactly reveal the price of the upcoming OnePlus 2 smartphone. The device will also sport a 13-megapixel rear-facing camera, at least according to the recent camera review which popped up on YouTube. As far as other specs go, OppoMart’s listing says that the device will ship with 4GB of RAM, a 3,300mAh battery and a fingerprint scanner. The 32 and 64GB variants of the device were also mentioned, as was the 5-megapixel front-facing shooter. There you have it folks, all that we can do at this point is wait for the official announcement. If anything interesting pops up before the event, we’ll let you know. 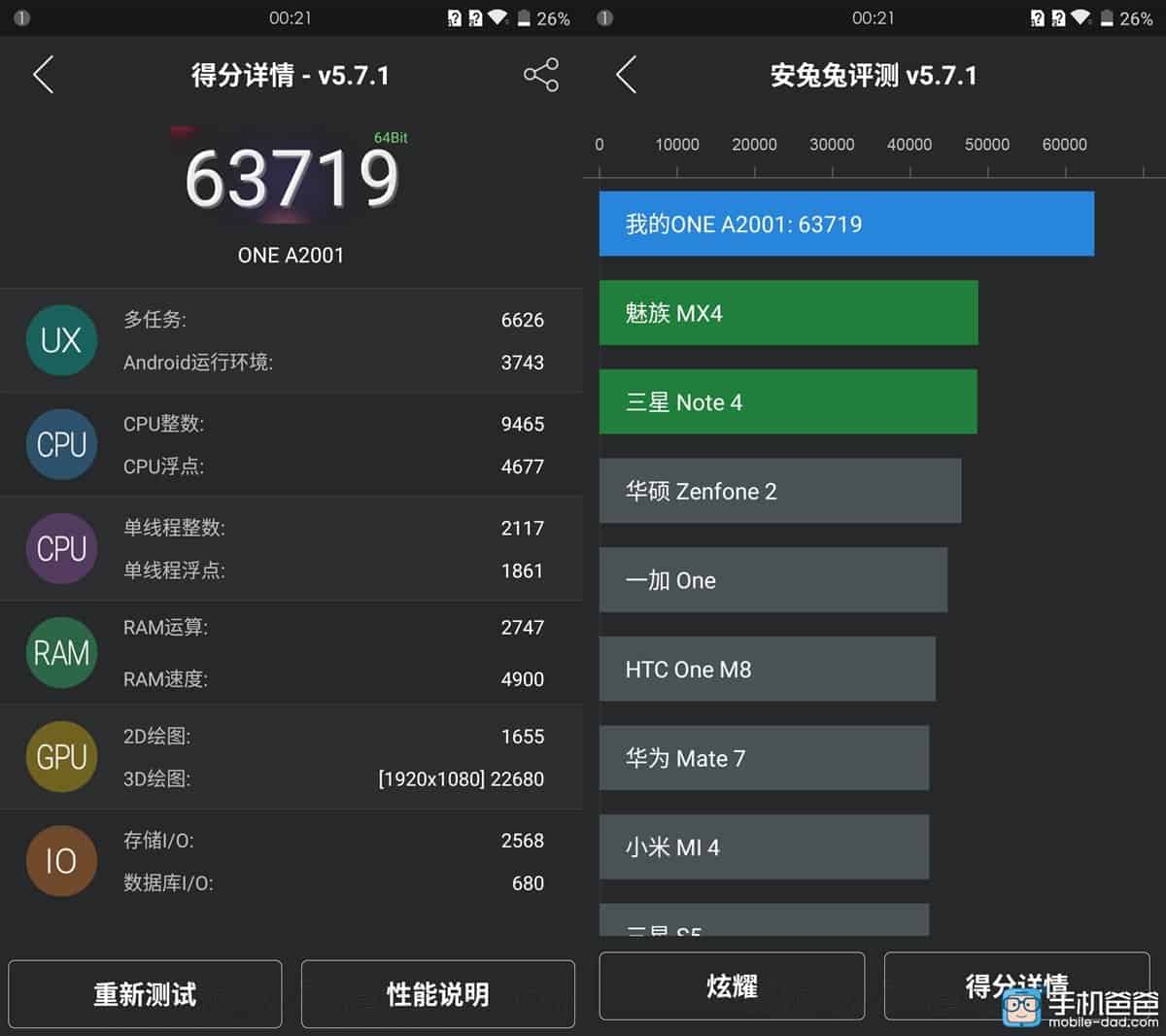