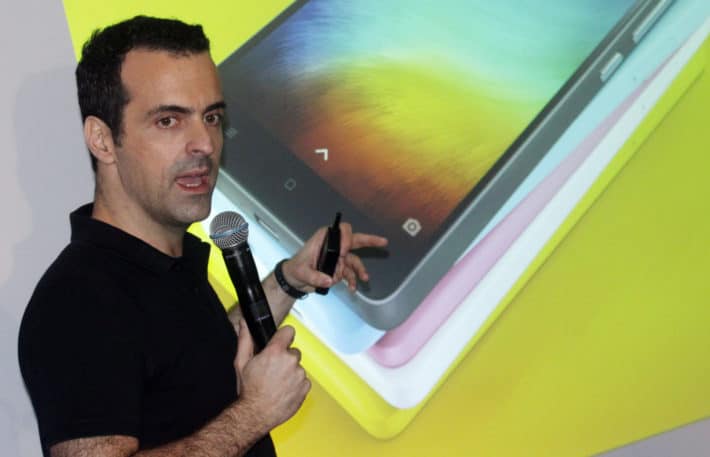 Xiaomi has come a long way since it was co-founded in the spring of 2010 by eight entrepreneurs, including the company's charismatic CEO Mr. Jun Lei and President Mr. Lin Bin. Back then, the Chinese smartphone market was on the verge of an explosive growth, and the company knew exactly how to make the most of being in the right place at the right time. Xiaomi started making high-quality Android smartphones and selling them dirt-cheap. At a time when consumers had to choose between quality and price, the company's products came as a breath of fresh air and a welcome relief to millions wondering why they couldn't have both.

Most importantly though, the company got its marketing right and the rest, as they say, is history. However, while the company grew from strength to strength in its homeland of China, its overseas ambitions were mostly thwarted by persistent accusations of blatant disregard for Intellectual Property laws. Apple took an exception to the design language of the company's smartphones, which it felt was too similar to its own. Mired in IP-related disputes with the Cupertino-based company, Xiaomi's international expansion plans came to a grinding halt. The company has yet to start selling its much-vaunted smartphones in Western markets, although its top management including CEO Mr. Lei and VP, International Mr. Hugo Barra have attained rockstar status among netizens not only in China, but wherever the company has opened shop in recent times, including India and Brazil.

While Xiaomi has recently started offering its accessories for sale directly to consumers in the US and select markets in Europe, it is yet to get the all-clear to offer its bread-and-butter smartphones for sale in these territories. Sure, the products can always be had from grey market imports, but they neither come with warranties nor any after-sales support. What's worse is that these devices half the time do not even support network bands that you need them to. With Mr. Barra insisting the other day that the company is "just a year away" from selling its smartphones in Western markets, Ms. Emily Chang from Bloomberg TV sat down for an interview with the man who left Google to join the Chinese startup in a surprising move in 2013.

In the interview, Mr. Barra vehemently rejects any suggestion that any of the company's smartphones has anything to do with Apple. He argues that the accusations center around a singular design element in the Mi 4 which is common to many modern day smartphones. For the uninitiated, the Mi 4 is the company's current flagship smartphone, which was released last year and will soon be replaced by the much-rumored Mi 5. Mr. Barra says, "So this whole copycat melodrama all boils down to one chamfered edge on one particular phone model, which was Mi 4, which people said looked like the iPhone 5; and I've been the first one to admit it. Yes, it does look like the iPhone 5, and that chamfered edge, by the way, is present in so many other devices".

Ms. Chang, playing the Devil's Advocate, contended that it's not so much any single feature, but the general look and feel of Xiaomi's smartphones, which gives an impression that the company's product designers could be a bit too influenced by products from the Cupertino, CA-based company. Mr. Barra denied the accusations forthright. "I don't think it's fair", he said. "Without a doubt every smartphone these days kinda looks like every other smartphone, right? You have to have curved corners. You have to have at least a home button in some way. That's how interaction design works. So I just don't think that we can allow a company to take ownership of things. That's just how they are, right?"

In fact, the Brazilian born-and-raised former Googler says he's confident that there will be a trend reversal in the coming years, when more companies will draw inspiration from the success story of Xiaomi. "I think that if you look at what we've designed in the last 12 months, you will understand how much originality there is in what we do", he said. "To be honest, I think you're gonna see a lot more happening in the opposite direction. People taking inspiration on what we do in building new products".

Of course, the accusations are not limited just to the design language of the company's products. The CEO Mr. Lei has often been accused of borrowing heavily from Mr. Jobs' mannerisms, sartorial choices including his love for turtlenecks and of course, the famous "One Last Thing" catchphrase that the Apple co-founder was known for using at the company's product launches. With a heady mix of (allegedly) Apple-inspired product design, marketing, launch events and an Apple-styled captive fan-base, many industry watchers have long awarded the company, the title of "Apple of China". Once upon a time it might have been a compliment, but as Xiaomi pushes to take on Apple on its home-turf and beyond, it is more and more looking like a millstone round its neck that the company is fighting feverishly to get rid of. Only time will tell whether Xiaomi will be successful in its ambitious endeavors, but if it is, it will be yet another feather in the cap of a young company with an already illustrious and proud history. It will also mean more competition for manufacturers, more choice for consumers and more product launches for the media to cover, especially with Nokia also rumored to re-enter the smartphone business next year.