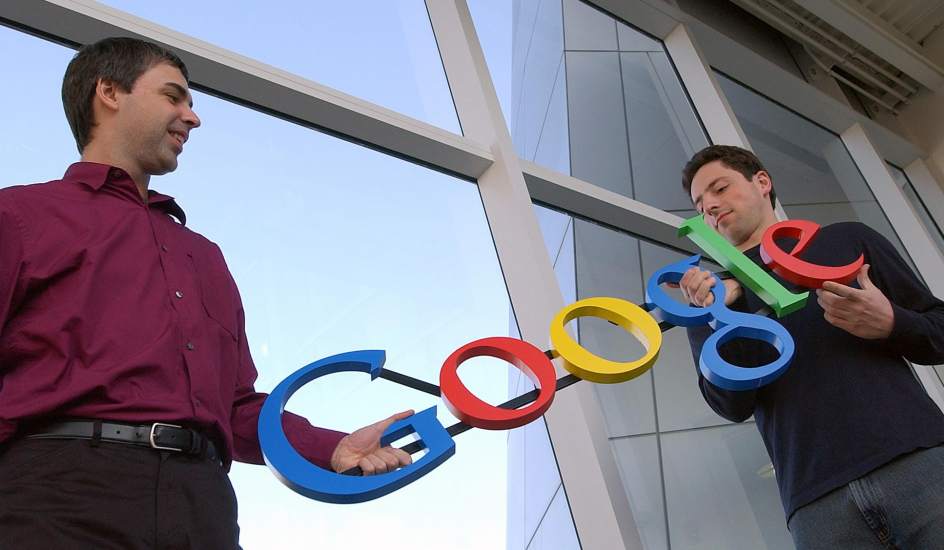 Most people have to hold down a job to make a living in this world, but how would you like getting up and going to work one day to discover that you just made $4 billion dollars, without lifting a finger?  That is exactly what happened to Google co-founders Larry Page and Sergey Brin – they each added about $4 billion dollars in their Google "wallets" the other day and they owe it all to Wall Street.  Wall Street can be an investors dream or their bitch, depending how the market swings, and in this case it swung in Google's direction when shares rose last week by as much as 16-percent after better than expected quarterly results and a promise by Google to be more discipline when it comes to future spending.

Of course, the wealth of many individuals rose as did Google's stock price that saw a one-day rise of more than $93 per share – up now to $672.93 at last Friday's closing.  Howard Silverblatt of S&P Dow Jones Indices told USA Today it was the biggest one-day creation of wealth in US history – $51 billion!  Page and Brin have seen an increase in their fortunes of 24-percent this year…according to Bloomberg, about $7 billion each.  Google Chairman Eric Schmidt saw his 1.3-percent Google ownership increase by 22-percent this year.  All-in-all, not a bad year for all owners of Google stock, if you are fortunate enough to own any.

Investors have always liked Google, but there seems to be a newfound optimism about Google's future and the direction they are headed.  Last Friday's activity made Google the second biggest company, only to rival Apple, which has a value market of $746 billion.  These are mind-boggling numbers when you think about it…Apple deals many in tech devices such as smartphones, tablets, PCs, notebooks and iPods and Google deals mainly with advertising, but has its hands in many different projects from Android to self-driving cars to Google Glass and beyond.

From these dollar figures, it is apparent that investors like what they see from Google and the projects they have in the works, and more importantly, the kind of issues or problems Google will tackle in the future.  Colin Sebastian, an analyst at Robert W Baird & Co, in the Bloomberg report said, "People should take away that Google is a stronger and healthier company than what the Street had previously understood."