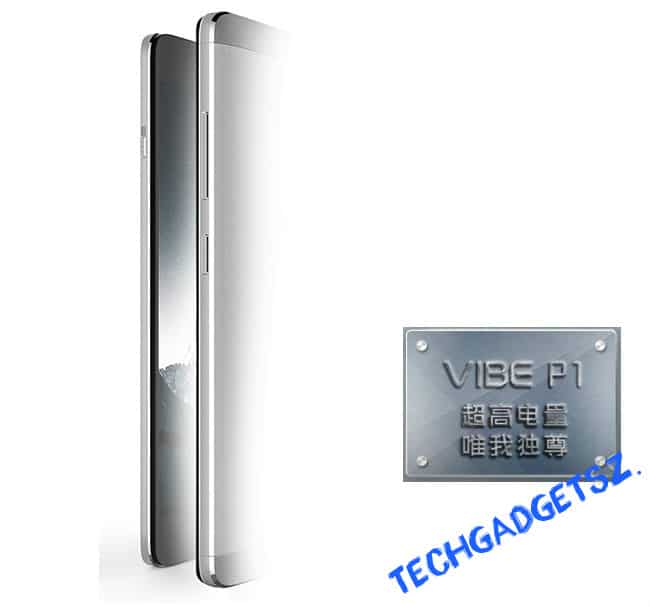 Nobody likes to have their phone plugged in, as it defies the purpose of having such a portable and useful device, but manufacturers haven't figured out a way to make current smartphones last for a day using them a little more than for their basic functionality such as playing games or using some apps that involve some of the integrated sensors. There are software optimizations and even some operating systems have been updated to use less resources in favor of a better battery life and some other manufacturers have been integrating huge batteries but those devices end up being rather thick and heavy.

Lenovo, being a Chinese manufacturer, has been focusing on creating smartphones with some interesting designs and technologies while keeping a low price and a new member of their Vibe family could combine good looks with a large battery. Lenovo already has smartphones with a battery of 4,000 mAh, so a new one with an even larger battery could be approaching. We first heard about the Vibe P1 before the MWC, where it was supposed to debut, but it didn't. Recently it got certified by TENAA and some of its rumored specs could be confirmed, although the information of the capacity of the battery is conflicted.

The most recent reports about the Vibe P1, that came along with an image showing up a part of the phone, suggest that it could integrate a 5,000 mAh battery. The image shows what could be a metallic frame where some hardware buttons are located and it could even sport a whole metallic body. The phone wouldn't be too thick or heavy either, considering the embedded battery, it measures 9.35 mm and weighs 148 grams. The rest of the specs include a 5-inch display with HD resolution protected by Gorilla Glass 3. Powering things up is a quad-core Snapdragon 410 processor clocked at 1.3 GHz and there are 2 GB of RAM. The internal memory is 16 GB, but it can be expanded by Micro SD cards up to 64 GB. The main camera is an 8-megapixel one and the secondary is a 5-megapixel one. It's supposed to be officially announced on August 15.