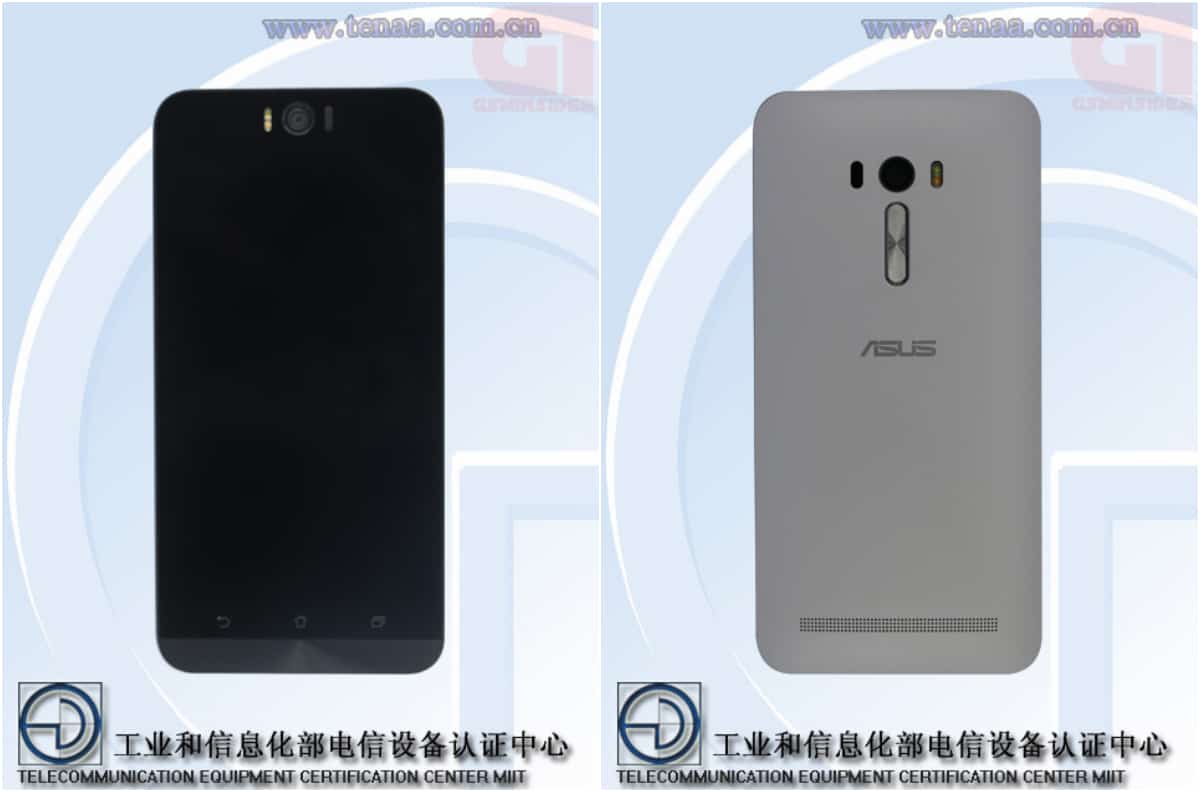 Asus has been relatively quiet as far as smartphone launches go lately. The company has released four phones as part of their ZenFone 2 line back in January, but haven't really released a lot of smartphones since then. The ZenFone 2 line has been relatively popular, especially the 4GB variant of the ZenFone 2. Anyhow, one of the devices Asus has announced since January is the ZenFone Selfie unit, a smartphone with a rather big sensor up front. This smartphone was announced last month, and has just been certified by TENAA (China's equivalent to the FCC), read on.

This Taiwan-based company has unveiled the ZenFone Selfie in Taiwan last month, and in that version, the phone sported 3GB of RAM. Well, it seems like the recently certified variant sport 'only' 2GB of RAM, and it will launch in China soon. As far as specs go, the two variants are completely identical, aside from RAM differences and network support. The certified ZenFone Selfie sports a 5.5-inch 1080p (1920 x 1080) IPS display along with 2GB of RAM and 16GB of expandable internal storage. The device is powered by Qualcomm's Snapdragon 615 64-bit octa-core SoC, and the Adreno 405 GPU is also a part of this package. The 13-megapixel camera is located on both the back and front of this device, while you'll also find a dual-LED, dual tone flash on both sides of the phone as well. This is a dual-SIM device which offers 4G LTE connectivity, and a 3,000mAh battery is also a part of this package. Android 5.0 Lollipop will come pre-installed on the ZenFone Selfie, and Asus' Zen UI will be installed on top of Google's OS. The ZenFone Selfie measures 156.5 x 77.2 x 10.8mm, while it weighs 170 grams.

There you have it folks, the lower-end variant of the ZenFone Selfie seems to be on its way to the Chinese market. We still don't know how much will this smartphone cost once released, but we'll make sure to report back when that happens. The ZenFone Selfie is a solid mid-range offering, and a price will play a huge part in its sales, or at least it should. Either way, stay tuned for more info.