YouTube is many things, but a proper platform for game streaming on such a scale to compete with the likes of Twitch and others it is not. However, that is all about to change. More than a year ago rumors started to surface that Google’s YouTube arm may have been looking to buy Twitch as a means of jumping into the online and competitive gaming space by providing users with a way to watch game streams. That deal never happened, but later on Twitch was acquired by Amazon as they were actually looking to grow and expand. Even though YouTube wasn’t able to snag Twitch they were quite serious about entering into the game streaming market, and after plenty of rumors about a possible competitor to Twitch of their own, YouTube today has officially announced YouTube Gaming, which will be their dedicated website/mobile app which caters to both streamers and viewers just like Twitch.

The site is not yet live although users can visit it and sign up to request more information and details about when Google and YouTube launch the service. This will be a completely new site that is essentially not part of the original YouTube web page. Google’s goal with this is so that anyone who is interested in viewing a particular stream related to specific games, they’ll be able to search for and find exactly what they want, propositioning a no-hassle experience.

Those doubting YouTube’s capabilities at competing with such a monster as Twitch who currently steamrolls other competitors in the game streaming space will want to take note of the 60 frames per second video support which Google and YouTube implemented last year. More recently, YouTube pushed out 60 frames per second live streaming too. Fast frame rates are vastly important to the streaming community on both sides as nobody wants to watch a laggy game session, no matter the type of game.YouTube Gaming will offer a somewhat unique experience for those watching, with the ability to view content in three different ways including feeds, games and channels. YouTube gaming is also boasting improved chat latency and moderation. In the app, (and presumably on the site as well) gamers can end up with more personalized recommendations on what to watch by telling it their preferences on games. Whatever gamers have the most interest in, they can relay that information to YouTube Gaming and the interface will begin to feed content which borders along those which the gamers love. The idea is that YouTube wants to put games “front and center” for streamers and viewers. Game streaming has become a massively popular market and YouTube is ready to come out swinging. 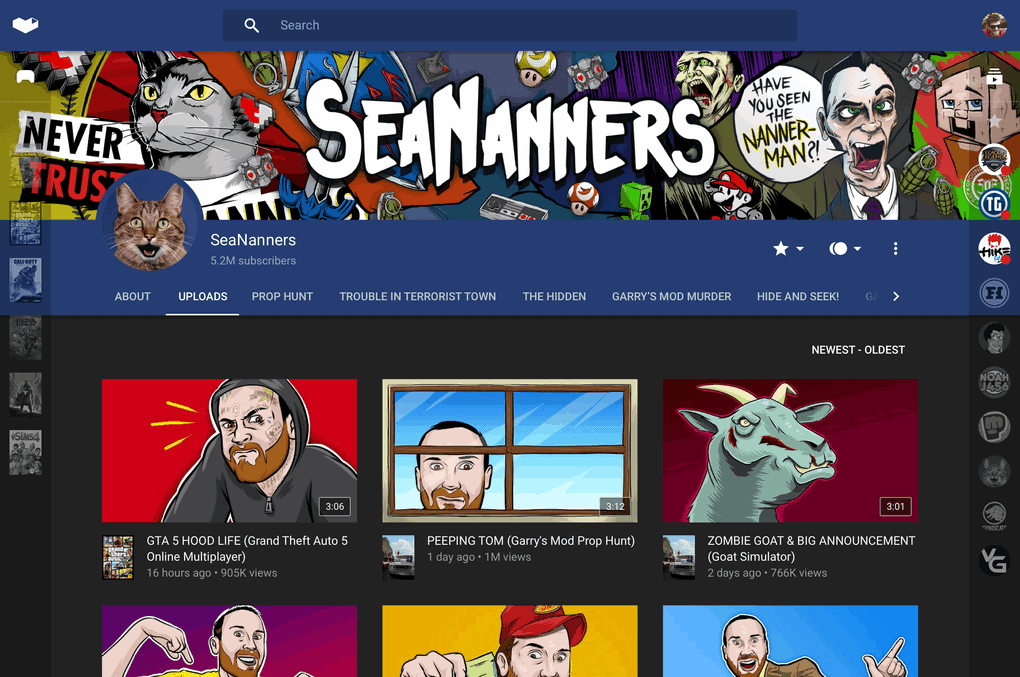