Skip to content
Trusted By Millions
Independent, Expert Android News You Can Trust, Since 2010
Publishing More Android Than Anyone Else
37
Today
227
This Week
683
This Month
6418
This Year
116392
All Time

Xiaomi Redmi Note was one of Xiaomi’s most popular and best-selling devices in 2014. This handset was launched back in March last year, and its successor is long overdue at this point. We’ve been expecting Xiaomi to announce this smartphone for quite some time now, and have seen quite a few leaks lately. A number of leaks have mentioned metal as the build material of choice for the Redmi Note 2, and we’re still looking at a very capable mid-ranger which should be really affordable at the same time. Xiaomi’s CEO has hinted at the launch of Redmi Note 2 for today, though it is possible that he was referring to the Mi Note discount which took place today. Either way, we have some new info regarding this device, read on.

A new leak surfaced in China showing off Redmi Note 2’s metallic frame. That’s not all though, the report has also mentioned that Xiaomi intends to launch two Redmi Note 2 devices, the Redmi Note 2 and Redmi Note 2 Pro (a rumor we’ve heard before). We still don’t know if both of these devices will sport metal build or not, but we’ll let you know if additional info pops up. Anyhow, according to this leak, the Redmi Note 2 will be powered by Qualcomm’s Snapdragon 410 64-bit octa-core processor and will sport a 5.5-inch 720p (1280 x 720) display. The Redmi Note 2 Pro, on the other hand, will reportedly feature a 5.5-inch 1080p (1920 x 1080) panel, and will be fueled by Qualcomm’s Snapdragon 615 64-bit octa-core processor. Both of these devices will ship with a 13-megapixel rear-facing snapper, and a 5-megapixel front-facing camera.

Xiaomi has already released quite a few devices this year, but China’s largest smartphone OEM still has to release quite a few of those it seems. Redmi Note 2 devices are not the only smartphones this company will push out in the coming weeks / months, Xiaomi still has to release the company’s flagship, Mi 5, along with some additional smartphones probably. Either way, we’ll let you know if any additional Redmi Note 2 details surface in the meantime, and it remains to be seen if Xiaomi intends to release this handset today or not, stay tuned. 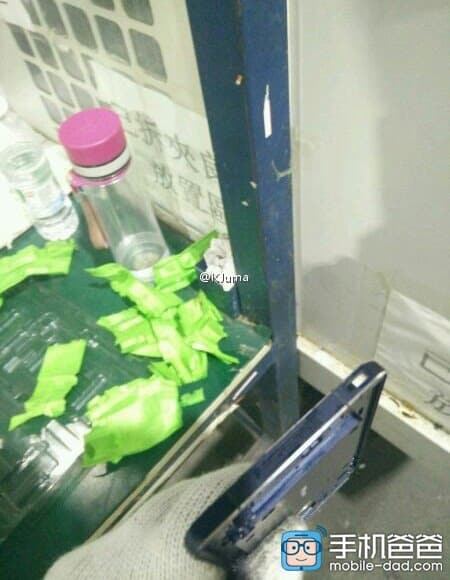