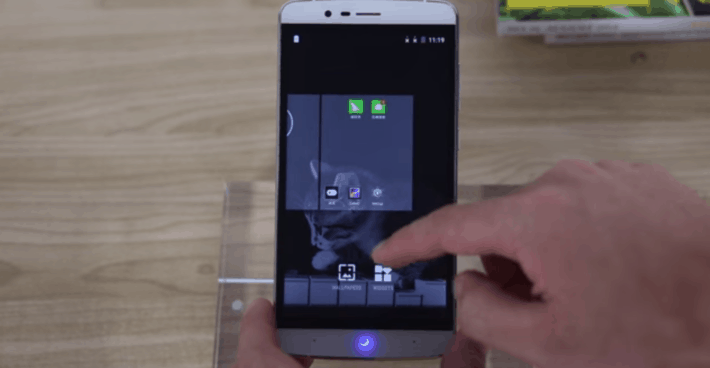 Elephone is not exactly amongst the most popular Chinese smartphone manufacturer, but the company is trying to change that. Elephone has released some really compelling devices lately, and we haven't seen their best work just yet it seems. The company has been manufacturing mainly low and mid-range devices, for quite some time actually, but they're trying to change that. The Elephone P7000 was released by the company recently, and it's more than a compelling smartphone. It will ship sporting a metal frame and a great set of specs for only $129.99, if you'd like to read more about this handset, click here.

The Elephone P7000 has landed just recently, and Elephone is already preparing to release the P8000 it seems, a phone which we've already talked about. This handset is expected to be announced by the end of this month, and it will also sport a metal frame along with a really compelling set of specs. The device is said to sport a 5.5-inch 1080p (1920 x 1080) display along with 3GB of RAM and 16GB of internal storage. The 13-megapixel camera will probably be located on the back of this handset, while a 5-megapixel snapper will be available up front. The 4,165mAh battery will also be a part of this package, and Android 5.1 Lollipop will come pre-installed on this device. MediaTek's MT6753 64-bit octa-core processor will fuel this handset, and 4G LTE connectivity will also be available.

Anyhow, we have some new info regarding this device. The Elephone P8000 will allegedly be only 7.2mm thick, which is great considering it will sport a huge 4,165mAh battery on the inside. This device will also offer dual-SIM connectivity, and if you'd like to see it in action, check out the video down below. The phone will sport 3 capacitive buttons below the display, the circular capacitive button is located in the middle, and is flanked by menu and back buttons / dots. According to the available info, the phone will cost around $209.99.

There you have it folks, this is the Elephone P8000, another compelling offering by Elephone. We'll report back when it launches, and it's also worth mentioning that Elephone is working on their new 'Vowney' flagship device which will offer great specs, and according to reports also come in a dual boot variant (Android Lollipop + Windows 10).