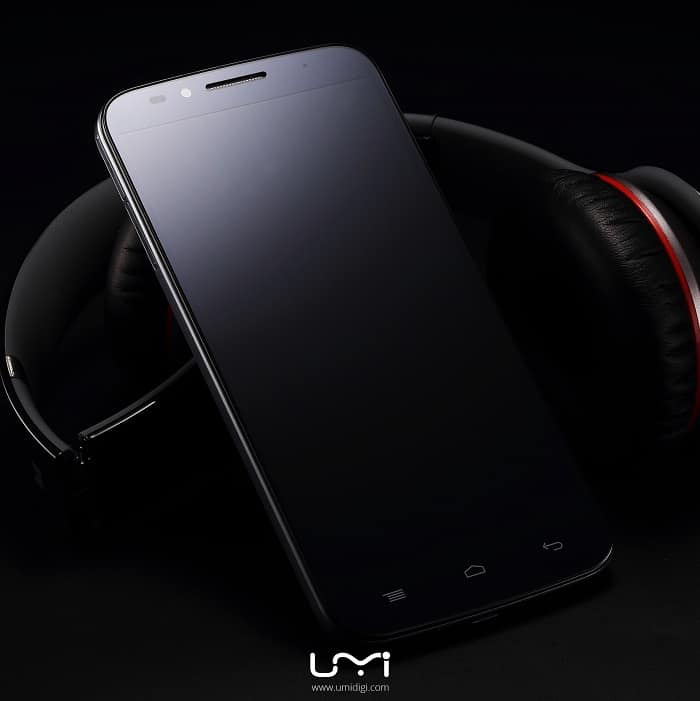 Umi is yet another Chinese smartphone manufacturer that you might, or might not have heard of. This OEM has been mentioned quite frequently last year though, mostly because of the device they released at the end of 2014, the UMi Zero. That handset sported really compelling specs and was priced at $299.99, even lower if you looked hard enough. The UMi Zero featured a 1080p display, MediaTek's MT6592T octa-core SoC, 2GB of RAM and a 13-megapixel camera on the back… not to mention that it also offered really sleek design and solid build quality.

That being said, UMi didn't exactly release that many devices thus far, if you visit their official website, you'll find a couple of smartphones listed over there, along with the company's UMi VOIX earphones. Well, the company intends to change that in the near future and has listed yet another smartphone on their webpage. This handset is called UMi eMax and features a 5.5-inch 1080p (1920 x 1080) IPS OGS display along with 2GB of RAM and 16GB of internal storage. The 3,780mAh battery will power this device throughout the day, and you also get 4G LTE (FDD-LTE: 800/1800/2600MHz) support here. The phone is powered by MediaTek's MT6752 octa-core processor clocked at 1.7GHz along with a Mali-T760 GPU. The 13-megapixel camera (f/2.2 aperture) is located on the back of this handset, while there's a 5-megapixel snapper (f/2.2 aperture) available up front. This handset ships with two SIM card slots, while Android 4.4 KitKat comes pre-installed here (Android 5.0 Lollipop incoming).

The UMi eMax will also get support for UMi's RootJoy PC suite in the coming months according to the company. You'll be able to backup your phone's content, root it and install custom ROMs through this software, which cancome in handy. The UMi eMax is available for pre-order from a range of retailers already (like Coolicool and PandaWill, for example), and the phone costs $159.99. If you take a look at the gallery down below, you'll find a number of UMi eMax images, which might help you decide whether you're interested or not. All in all, this is a rather well-specced mid-range offering by this Chinese company.