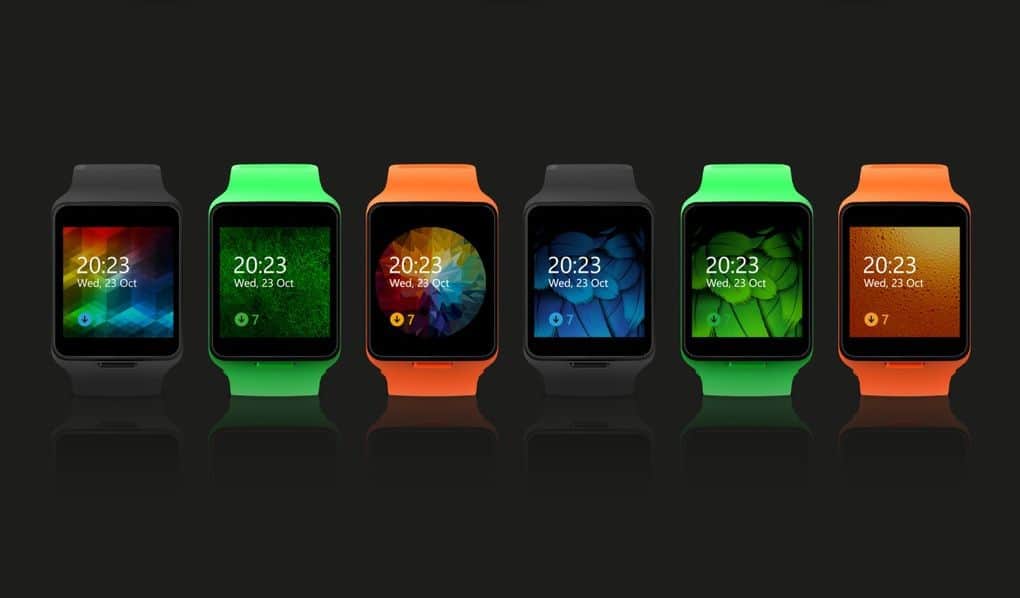 Seems like everyone's making a smartwatch these days, right? Apple has one, Google has several from their partners, Pebble has a few out there, what about Microsoft? Well there's the fitness band they released a little while ago, but I'm not sure you'd call that a smartwatch. The Verge found some pictures of a smartwatch from Microsoft, that was named "Moonraker" we're guessing that was a codename and not going to be the retail name of the product.

It appears that this smartwatch was developed during the time that Microsoft was buying Nokia, and that the Moonraker was shown off to potential partners at Mobile World Congress in 2014. The watch UX was built to resemble Microsoft's Windows Phone platform at the time.While it does look familiar, especially for Windows Phone users, it doesn't look all that intuitive for a watch interface.

The Microsoft Moonraker looked to be available in a few colors. It also appears that the watch bands were made of silicon or plastic, similar to Sony's Smartwatch 3. Depending on the price, I'm not sure customers would have liked having a silicon watch band. These images were posted on Tumblr by Microsoft design employee Pei-Chi Hsieh. It's understood that these images were made for marketing purposes and not just concept art. The artwork shown below, shows what Nokia's smartwatch would have looked like if it had ever came to market.

Microsoft decided against taking the Moonraker smartwatch to market, primarily because of their Band they were launching. Which was more feature rich, and likely going to be a bit cheaper – since it'd be cheaper to make. Microsoft is expected to launch their second generation of the Microsoft Band later this year, after Windows 10 has launched. The Band 2 is said to be largely the same as the original band, although the look and feel is said to be changed a bit. The Microsoft Band is a great fitness tracker – and does work with Android – but obviously it's no smartwatch. The Nokia smartwatch actually looked pretty good, with somewhat small bezels, particularly on the left and right sides. It would be interesting to see how well it would have sold if it made it to market.