Back in 2012 at the Electronic Entertainment Expo (E3) the initial Oculus Rift prototype, a duct taped head mounted display, first captured gaming enthusiasts’ attention and imagination when it was demoed for the very first time running Doom 3. This unveiling initiated a revival of the technology community’s childhood dream of exploring and interacting with an immersive virtual world unbound from the constraints of reality. Oculus certainly did not invent the first VR headset, though they can be credited with distilling the belief that a positive VR experience is possible after many failed attempts by manufacturers in the past (Virtual Boy, anyone?), which had dampened the entire industry. Fast forward three years later and betting against the mainstream proliferation of VR would seem nonsensical. Everyone from Google to Sony, Samsung, HTC, and even Facebook (who own Oculus VR), are going all in on the emerging technology; now we have some data to back up their bets.

Recently published research by PiperJaffray indicates that consumers are ready and waiting for VR. According to their data, people are sharing YouTube videos of virtual reality experiences an average of 11 times per every 10,000 views. For comparison’s sake, new cell phones, which have long captured our fascination, are shared half as many times, or about 5.5 times per every 10,000 views (see chart below). Though videos of “cellphone concepts” are shared slightly more than VR, the data indicates that consumers care enough about VR to share it with others more than the current crop of new cellphones. This is definitely a positive sign for the industry, as most consumer versions of mainstream VR headsets have yet to be released, excluding Samsung’s Gear VR.

Based on this data the most hotly anticipated VR headsets (arguably), HTC’s RE Vive and Oculus Rift, which are slated for a release late this year and Q1 2016 respectively, are poised to achieve mainstream success. In their report PiperJaffray states “as more consumer VR experiences are released, VR will surpass futuristic cellphones as the top area of consumer tech fascination.” Considering HTC’s recent financial woes, this could be boon for the struggling Taiwanese company, whose RE Vive VR headset has received rave reviews. All said the rise of VR from relative damnation just three years ago to one of the most awe-inspiring technologies today is incredible, and a welcome change for anyone who dreamt of entering their favorite video game world as a kid. 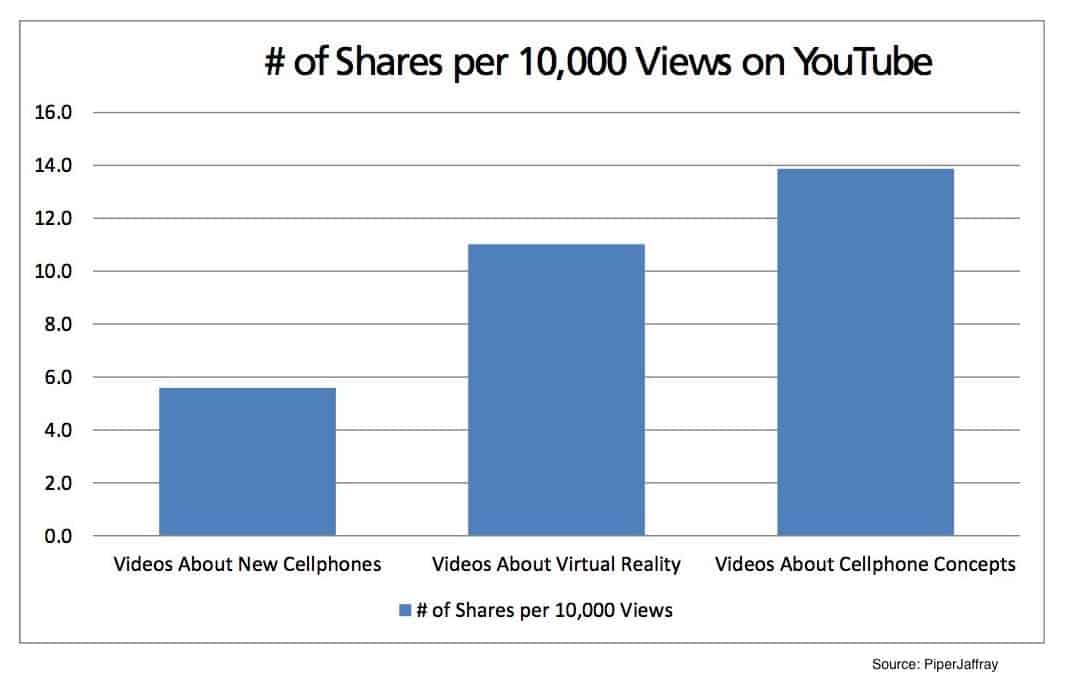