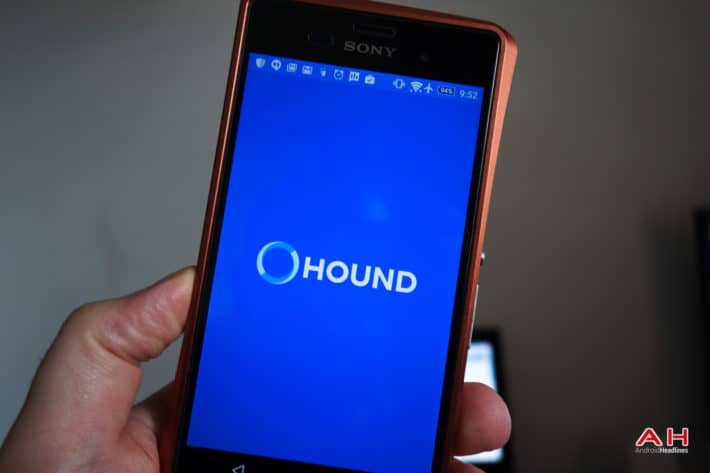 For some time now, the main attraction of both Android and iOS for a lot of users has been voice control, and with the advent of Siri and Google Now, our phones and tablets can do more without us doing anything at all. We can get information by using our voice, send messages with spoken words and a whole lot more. Not too long after Apple and Google had their voice assistants in place, along came Cortana, and Microsoft's answer to voice search and streamlining smartphone activities. Microsoft is expanding Cortana, and it will be heading to Android soon, as well as Windows 10, but recently we got a newcomer seemingly out of nowhere; Hound.

Hound is an app that recently launched in Private Beta, and was developed by the company behind SoundHound, an app many of use to figure what song is playing at any given time. Despite the fact that SoundHound has no track record when it comes to voice search and gathering information outside of music, it was surprising to see just how good Hound was. Now, the big contenders have all been compared to the newcomer, as Typhone.nl pits Hound against Siri, Google Now and Cortana in one big test. Each one of the assistants were asked the same questions, and the results were – in some cases – pretty surprising. How each platform actually relays their information is pretty telling, too. Siri, unsurprisingly, came out pretty much the loser in this little test. When asked "How many days 'til Christmas?" both Hound and Google Now dutifully relayed the answer as a hundred plus days left, meanwhile Siri just had to be different and say that it was six months until Christmas. That wasn't strictly what the tester had asked, as he specifically asked for an amount in days, but Siri just seemingly ignored that. A number of times, Siri simply threw up a fairly useless web search, and struggled with follow-up questions like "what about Easter?"

Cortana held its own against Hound and Google Now, but what was more interesting was to see just how close Hound was to Google Now, and in some cases it was quicker and offered up more accurate information. This is an impressive showing for Hound, and while Google's 'Now on Tap', announced during I/O15 hold some promise for the future of Now, we're sure Google is looking at Hound very, very closely indeed.