Skip to content
Trusted By Millions
Independent, Expert Android News You Can Trust, Since 2010
Publishing More Android Than Anyone Else
15
Today
165
This Week
15
This Month
4751
This Year
122322
All Time On June 2nd the Chinese manufacturer of protective glass panels, Blue Synopsys, announced they are raising approximately $972 billion from private investors in order to increase their production of sapphire and curved 3D glass panels. Blue Synopsys, while largely unknown outside of China, is the primary supplier of glass panels for Samsung and Apple. Within the past year a significant number of devices from smartphones to wearables have been released that sport sapphire and curved 2.5D or 3D glass panels (see image below). Blue Synopsys’ efforts to raise additional capital indicates this trend is set to continue.

Of the nearly $1 billion Blue Synopsys hopes to raise approximately $549 million will be invested in sapphire panel production. The planned investment will give the Chinese manufacturer the yearly capacity to produce 30 million sapphire camera lenses, 24 million panels for fingerprint sensors, and 30 million smartwatch panels. A smaller portion of the capital raised, approximately $262 million, will be invested in the production of curved 3D glass, resulting in a yearly capacity of 27 million panels.

So far this year Samsung has had difficulty meeting demand for the Galaxy S6 Edge due to supply constraints. Blue Synopsis’ investment will hopefully help the Korean company meet demand for its most recent flagship and the upcoming Note 5, which presumably will also be released with an Edge variant. Due to the success of the Galaxy S6 Edge and adoption of 2.5D glass among notable flagships including the iPhone 6, Oppo R7, ZTE Nubia Z9, there is clearly a trend towards curved glass panels amongst manufacturers. Whether this will result in greater adoption of 3D glass panels, akin to the Galaxy S6 Edge and Note Edge, remains to be seen. Nonetheless the investment by Blue Synopsys is pertinent and well-founded, as any additional capacity will certainly be gobbled up by Samsung, and the company is in talks with other potential customers, such as Xiaomi.

Hopefully Blue Synopsis’ recent round of funding will prove successful, as increasing the scale of production for sapphire and curved displays will help drive down the cost of these relatively new protective panels, which will ultimately encourage device manufacturers to utilize them. While the usefulness and ergonomics of 3D glass remains unproven, access to cost efficient curved panels opens the door for a new paradigm of handset design. Curved glass has the potential to inspire a new round of experimentation that may result in truly unique designs that are both useful and ergonomically sound. At the very least they will be a welcome change from the rectangular slabs of glass we have grown accustomed to. 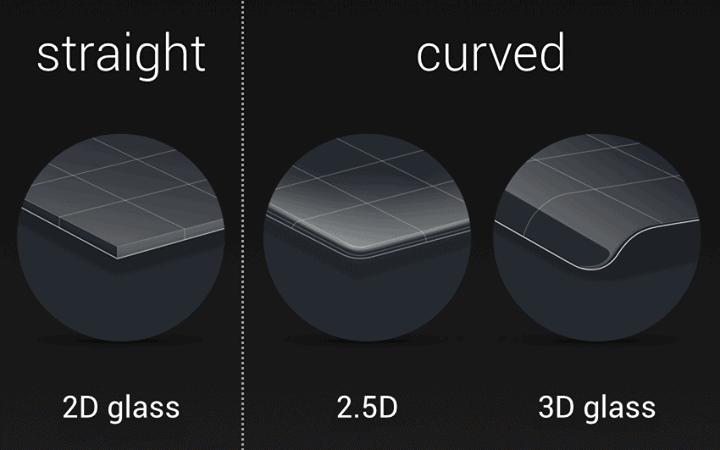