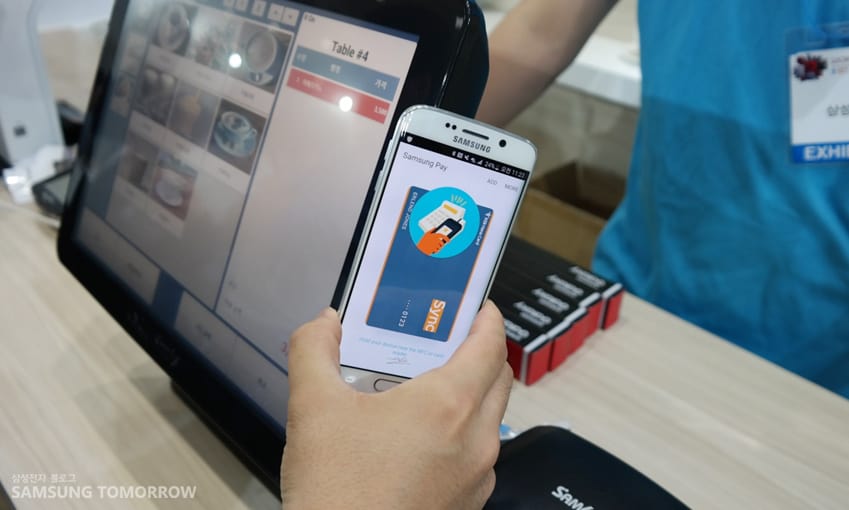 The number of people in the US who make at least one mobile payment each year will grow from nearly 8-percent in 2014 to 65-percent by 2019.  This fast growth and acceptance is being triggered because Apple has embraced the idea.  Even though there are many more Android users, what Apple does still 'forces' retailers to quickly adapt to this new payment method.  Google Wallet sort of 'fizzled' out, but is now morphing into Android Pay.  However, the largest producer of smartphones in the world, Samsung, announced Samsung Pay at the MWC, which should be hitting the US this September, and between these three companies, 90-percent of the smartphones in the US will have a mobile wallet or payment system preinstalled.

The main reason Samsung will have the ability to drive the mobile payment industry can be summed up in one word…LoopPay.  In early 2015, Samsung acquired LoopPay.  LoopPay allows users to make payments by using Magnetic Secure Transmissions (MST), which will allow users to simply wave their smartphone over a typical credit card reader to make a payment.  This simple procedure is so important in the proliferation of mobile payments for two reasons…for starters, the retailer has to do nothing to accept Samsung Pay – as long as the retailer accepts credit cards, then they can also accept mobile payments using Samsung Pay.  Samsung's competitors, Apple Pay and Android Pay will require merchants to have near field communication (NFC) terminals, and while retailers are quickly adopting them, they are far from commonplace.  Samsung Pay will certainly allow the use of NFC types of payments as well, but with MST payments they will have the best of both worlds on one device.

The second reason that Samsung Pay will be accepted is that consumers can feel secure that their credit or bank account numbers will be protected and not 'floating' around for hackers to steal.  Samsung Pay uses what is called a tokenization method for paying (the same as Apple Pay) – it replaces sensitive card data on your smartphone with a unique and secure 'token' to pass your payment to the retailer, virtually eliminating the possibility of fraud.  Samsung is also integrating the fingerprint sensor as another form of security to prevent fraud and giving peace of mind to its users.  Before people are willing to adopt mobile payments, they will want to know that their information is secure – this makes it more secure than handing a clerk your credit card and allowing them to swipe it for payment and storing your card information in their system…something we do on a regular basis.  Secure mobile payments is definitely the future – they add security and ease of use…a winning combination.