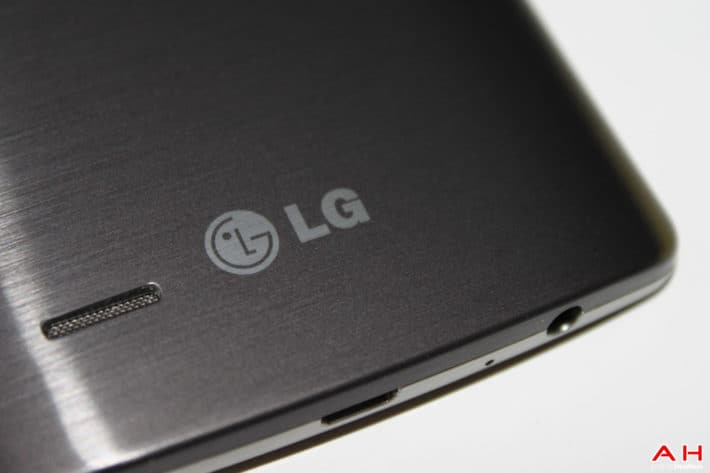 The LG G3 was one of the best smartphones of last year, and its recently announced successor, the G4, will quite probably be amongst the top devices of this year as well. The LG G4 features a 5.5-inch QHD (2560 x 1440) display along with 3GB of RAM and is powered by the Snapdragon 808 64-bit hexa-core processor. The 16-megapixel OIS camera on the back is made by LG and it's a great performer, and the phone ships with Android 5.1 Lollipop pre-installed with LG's Optimus UX 4.0 UI on top of it.

That being said, we've seen quite a few rumors recently regarding the LG G4 Pro handset. The rumors were saying that this will be LG's high-end phablet and sport a metal build, but we didn't now much about the device, well, until now. According to a new report, the device will launch in October, and it will sport really high-end specs. The LG G4 Pro is said to feature a 5.8-inch QHD (2560 x 1440) display along with 4GB of RAM and 32 or 64GB of internal storage (depending on which variant you purchase). Qualcomm's Snapdragon 820 SoC is rumored to fuel this thing, and the 27-megapixel shooter will reportedly be located on the phone's back. The 8-megapixel camera is also mentioned, and according to the report, it will be located on the front side of this device. The all-metal body has also been mentioned this time around.

These specs seem crazy? Well, it's possible that this rumor isn't all that accurate, but if it is, this thing will blow the G4 out of the water. Either way, take this rumor with a pinch of salt, as always. It does sound great, sure, but the specs seem a bit unreal at the moment. Either way, stay tuned, we'll report back as soon as we manage to find some additional details regarding the LG G4 Pro. It seems like this handset will become a reality though, at least judging by the amount of rumors / reports that surfaced in the last couple of weeks, the only question is, will this be its specifications or not.