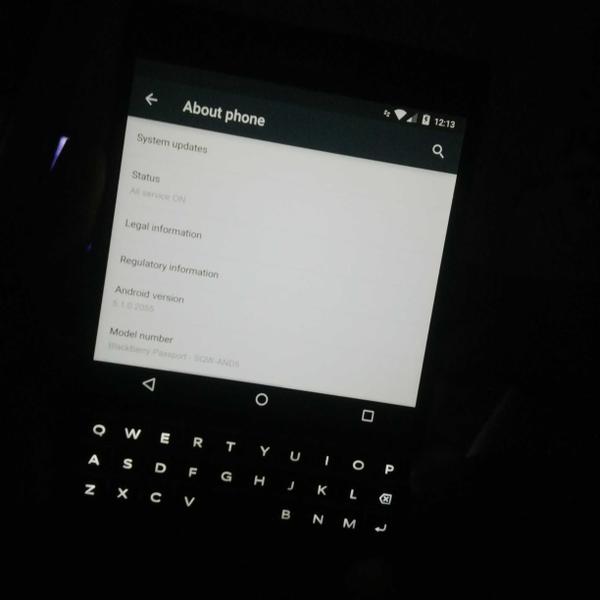 Not too long ago, BlackBerry was the de facto brand that people went to in order to get their smartphone fix. In fact, before the iPhone and Android took off, there was a culture of celebrities with BlackBerries, now the smartphones find themselves in the headlines as a matter of obscurity, rather than being the "in" thing. Needless to say, just like Nokia, BlackBerry struggled to find their place in the brave new world of the smartphone, one where onscreen keyboards were just as good for many users, and where apps and games determine whether or not a platform is worth using.

Rumors have been swirling ever since the BlackBerry Playbook launched with Android app support that the company was working on a device running Google's Android platform. Since then, a lot has changed and now BlackBerry is even more of an obscure company, selling fewer than ever devices and releasing large form factors like the BlackBerry Passport with large keyboards and bizarre aspect ratios. More recently, rumors of a device running Android out-of-the-box have surfaced once again. A Tweet from earlier today shows what looks like a BlackBerry Passport running Android 5.0.2 Lollipop in a pretty much bonestock format, perfectly aligned to the bizarre aspect ratio.

The Tweet just says "In the night…" and whether or not this is pre-production hardware of a new device or some sort of ROM hack is unclear. However, judging by BlackBerries previous unwillingness to move aware from their own software, we'd say that this would have to be some sort of ROM hack based on AOSP source code, but those longing for a BlackBerry keyboard of old can of course keep dreaming. We've been hearing a lot of rumors about a BlackBerry device running Android, as well as esoteric rumors that BlackBerry was to be bought by everyone from Google to HTC and beyond. Either way, there's rarely no fire where there's smoke, so we could be heading for a big announcement later this year.