Skip to content
Trusted By Millions
Independent, Expert Android News You Can Trust, Since 2010
Publishing More Android Than Anyone Else
5
Today
5
This Week
149
This Month
1037
This Year
127133
All Time 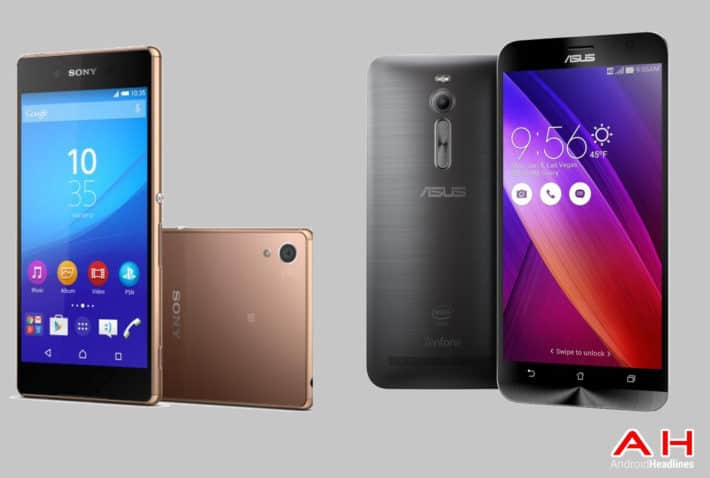 Do we have a good one for you today – the new Sony Xperia Z3+ (as known as the Xperia Z4 in Japan) goes up against the new Asus ZenFone 2 (the ZE551ML model).  Both devices are the true flagships of their respective manufacturers and have a lot to offer a smartphone buyer.  These two devices look like premium devices, although once you pick them up, the Asus ZenFone 2 reveals it plastic build, but then we must remember that we are talking about a price that is one-half its competition.

These two devices will pose a tough decision to pick a clear winner.  While the Xperia Z3+ definitely wins in the build department, it does not necessarily win in the specification department and certainly not in the pricing area.  Both devices use the LCD screen technology and are close in display size (5.2-inches vs 5.5-inches) with the ZenFone 2 also being the larger and heavier of the two devices.  Both offer large amounts of RAM with the ZenFone 2 winning with 4GB versus 3GB in the Xperia Z3+.  Both devices offer a microSD card slot to expand internal memory – 32GB in the Z3+ and 64GB in the ZenFone 2.  Their batteries are both non-removable and close in size with the ZenFone 2 beating out the Z3+ with a 3000mAh battery versus a 2930mAh battery…but do not let that 2930mAh fool you, Sony can really squeeze the most out of their batteries.

Each device carriers the usual Wi-Fi, Bluetooth (ZenFone 2 has 4.0 and Z3+ has 4.1), GPS, are NFC capable, FM radios and a microUSB port for charging and data transfer. Each device offers a Quick Charge feature as well, so when you get low and are near a wall outlet, you can get up and running faster. 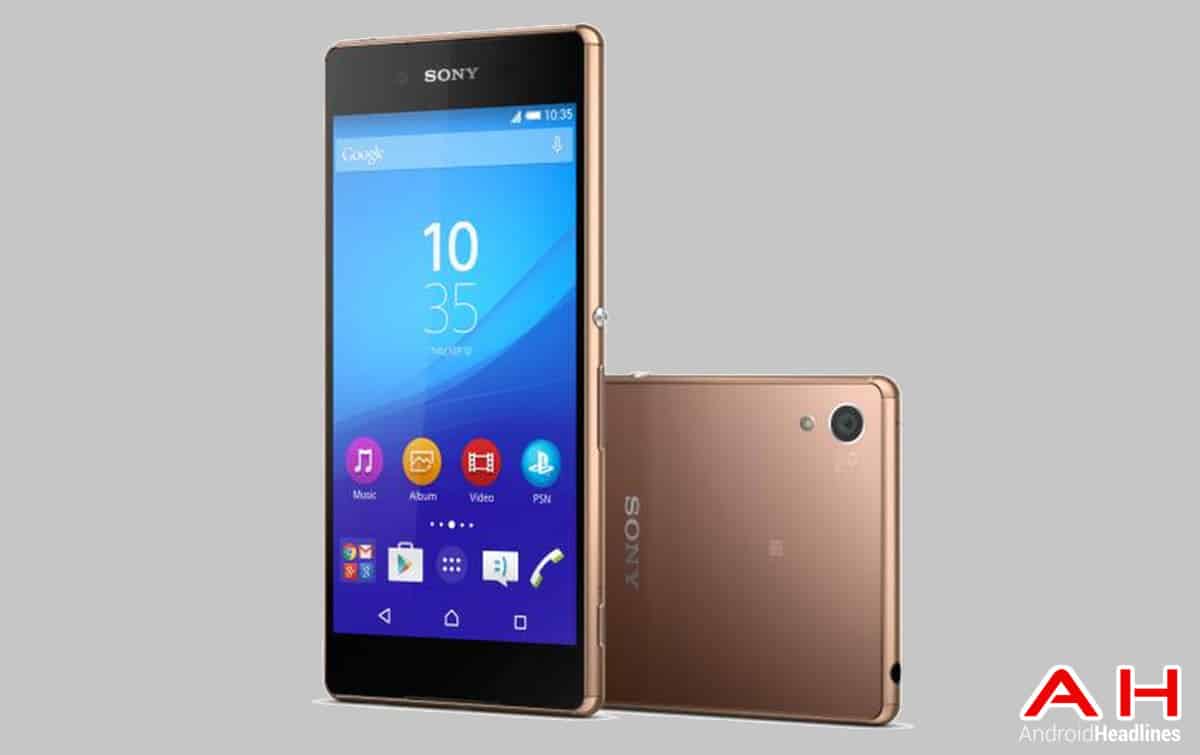 Sony took its good old time announcing the new Xperia Z3+…or should I say Xperia Z4?  This device was announced as the Z4 in Japan, but to the rest of the world it will be the Xperia Z3+, indicating that it is a mere update to the Z3, however, there was more of an update to the Z3 then there was between the Z2 and Z3.  The basic structure is all Xperia Z series and retains the beautiful metal and glass construction with minor changes in colors.  Sony also ‘cleaned up’ the outside edges by moving the charging port to the bottom of the device rather than on the side, and even though it is still waterproof, it no longer needs a sealed cover – a welcomed change.  They removed the magnetic charging pins on the side and then they consolidated the SIM card and microSD card slots into only one larger slot – another nice convenience.

The Xperia Z3+ sports the same 5.2-inch IPS LCD FHD display with a resolution of 1920 x 1080 pixels and 424 pixels-per-inch (PPI) as its predecessor, with some improvements in brightness and technology.  It is using the same type FHD display as the Asus ZenFone 2 with 403 PPI due to its larger screen size.  Sony made a safe choice and went with the Qualcomm Snapdragon 64-bit 810 octa-core processor with four cores clocked at 1.5GHz and four clocked at 2.0GHz and an Adreno 430 GPU for graphics.  The ZenFone 2 uses the new Intel Atom Z3580 quad core chip clocked at 2.3GHz with 4GB of RAM as opposed to 3GB in the Xperia Z3+.  The Z3+ comes with 32GB of internal memory and offers expandable storage via a microSD card.  This compares to 64GB of internal storage and available expansion in the ZenFone 2.

The 20.7MP main camera with autofocus and LED Flash has remained the same, which takes excellent pictures, although Sony still has not added OIS…the ZenFone 2 is somewhat behind with only 13MP and no OIS.  The front-facing camera (FFC) on the Xperia Z3+ went from a 2.2MP to a robust 5.1MP with a 25mm wide-angle lens for better group selfies and video chatting and this pairs up nicely with the 5MP in the ZenFone 2.

The new Xperia Z3+ does offer IP68 certification for dust proofing and water resistance, dual front-mounted stereo speakers, enhanced audio and has Quick Charge 2.0 thanks to its Qualcomm roots.  It will come in Black, White, Copper and Aqua Green and will be running the latest Lollipop.  We are looking at a possible June arrival with a price tag of about $630 off-contract. 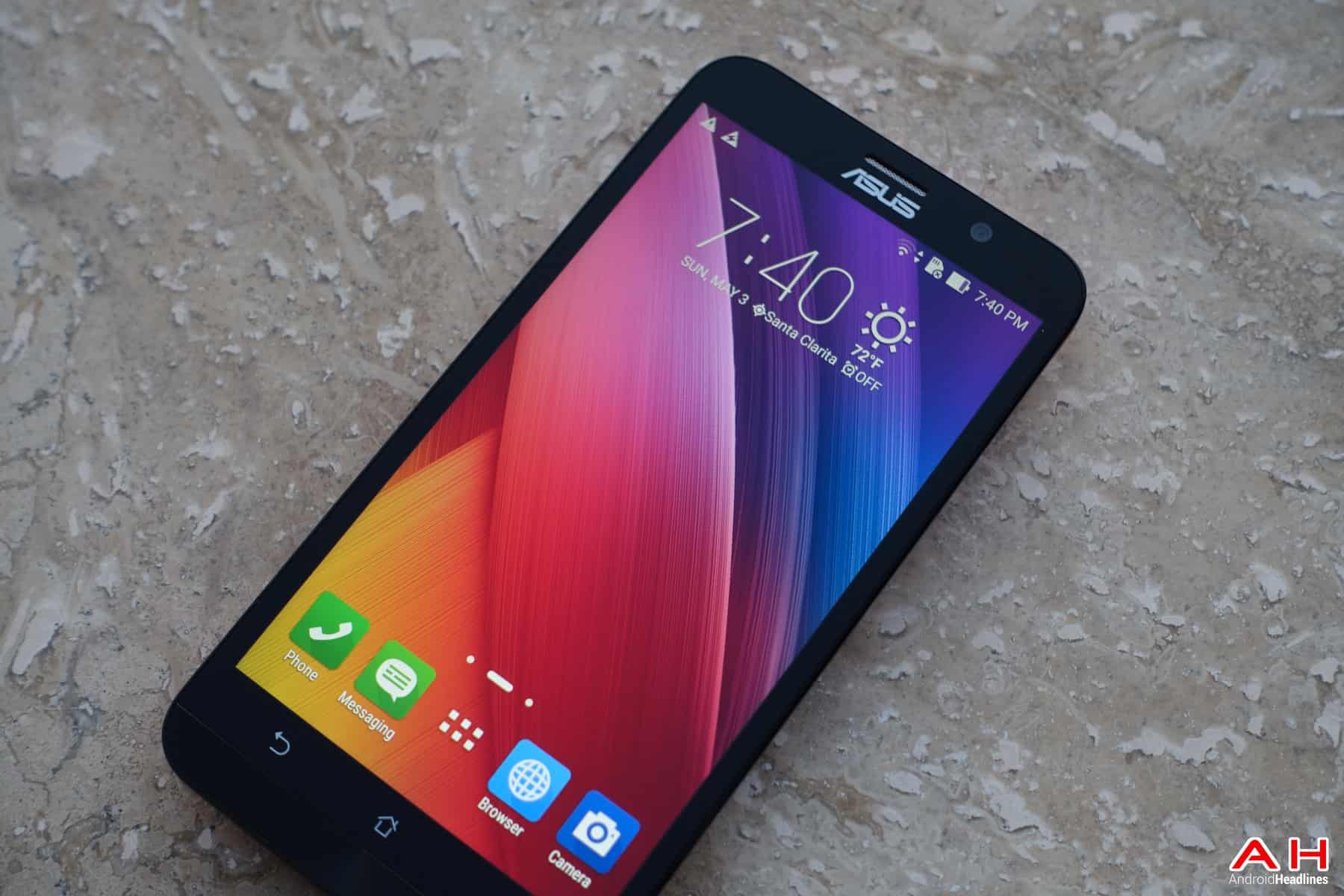 The new ASUS ZenFone 2 looks deceptively high-end with its apparent brushed metal look, but once you pick up the device, its plastic build is immediately apparent…a trick it borrowed from the LG G4.  I am not saying the ZenFone 2 feels cheap – it does not – but we are saying it is not in the premium league that you would find the Xperia Z3+, HTC One M9, Galaxy S6 or the LG G4.  They did borrow another of the LG G4’s features, like the rocker switch for the volume by placing it on the back of the device.  However, they placed the on/off button awkwardly on the top – a good idea, but it is just not quite as refined as the LG G4.  The curved back of the ZenFone, while making it easy to hold, also makes it 10.9mm at its thickest point.  I know we are comparing the Sony Xperia Z3+, but Asus seemed to be styling the ZenFone 2 after the LG G4 series.

The ASUS ZenFone 2 sports a 5.5-inch IPS LCD FHD display with a resolution of 1920 x 1080 pixels and 403 PPI.  It is a good display, but the LCD display on the Xperia Z3+ seems a little higher in quality and comes in at 424 PPI.  The top-of-the-line model we are looking at uses a 64-bit Intel Atom Z3580 quad-core processor clocked at 2.3GHz coupled to 4GB of RAM (the first in a smartphone) and 16GB, 32GB or 64GB of internal memory and very capable PowerVR G6430 GPU. Like the Xperia Z3+, it does offer expansion by way of a microSD card.  This compares to the Xperia Z3+’s 64-bit Snapdragon 810 octa-core processor, 3GB of RAM and 32GB of onboard storage.

The ZenFone 2 is a Dual-SIM device and will arrive running Android 5.0 Lollipop with its own ZenUI Skin overlay, and is in keeping with the Google Material Design look.  The colored backings are quite nice looking with their brushed metal look – available in Osmium Black, Sheer Gold, Glacier Gray, Glamor Red and Ceramic White.  The back speaker is larger and sounds great and it too has enhanced audio. You can find the ASUS ZenFone 2 on Amazon for $199 for the 16GB model which comes in black or silver and $299 for the 64GB model which comes in black, silver, gold, or red. 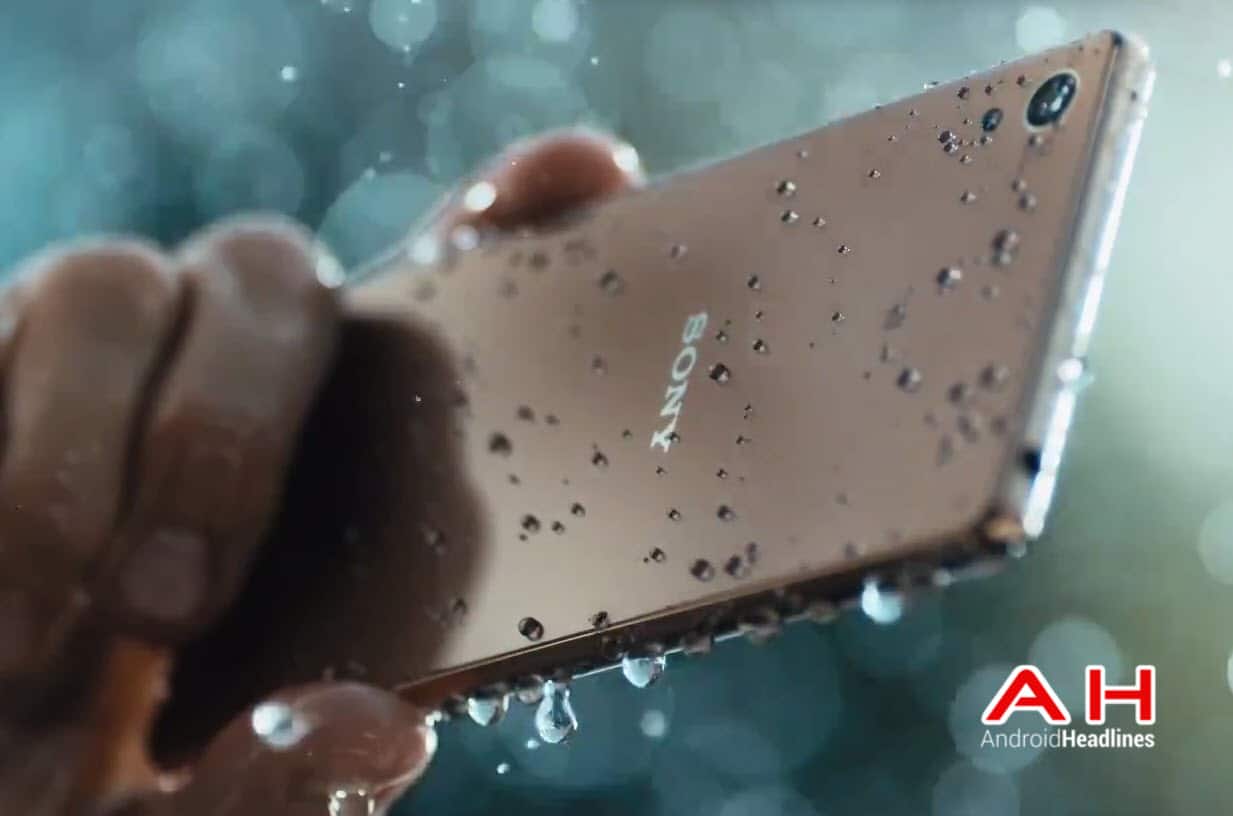 This was really a tough one to pick, but in the end, I chose the Sony Xperia Z3+ as the winner of this comparison…but they were very close.  I can hear the Sony fan’s laughing at my difficulty, but for the price, the Asus ZenFone 2 is really a bargain and compares quite favorably in display, processing power and memory.

I picked the Sony Xperia Z3+ because it is tops in a very important area…the camera, both the main and the FFC…the ZenFone 2 just cannot hold a candle to the Z3+.  The Z3+ is dust and waterproof, and certainly has a better build quality with its metal and glass design, and let us not forget the dual front-facing speakers for superior sound.  Another important factor is availability, although one might say it is easier to order a ZenFone 2 than a Xperia Z3+…and they would be correct at this point, but I am talking about 4G LTE bands and only being available to use on AT&T or T-Mobile’s network – yes, I see the irony.  The Xperia Z3+ is certainly more costly to purchase outright, but if you are willing to sign for a two-year agreement, then the Z3+ becomes a bargain.

There is no shame in picking the Asus ZenFone 2…it is an all around great device and you get a lot for your money.  If you really need to purchase your device outright, then you will save yourself quite a bit of money buying the ZenFone 2, just remember, you will be giving up a few items.