Skip to content
Trusted By Millions
Independent, Expert Android News You Can Trust, Since 2010
Publishing More Android Than Anyone Else
14
Today
141
This Week
405
This Month
5565
This Year
115570
All Time Do we have a good one for you today – the powerful Meizu MX4 Pro goes up against the new and popular LG G4.  We have two devices that are easy on the eyes and feel great when you hold them.  The both use a metallic look over a plastic back, although LG claims theirs has a ceramic coating over the plastic and they do offer an extra cost ($35) real leather backing as well.  Small bezels and the same size, 5.5-inch displays, have these two devices at almost identical physical size and weight.

Besides the physical dimensions, these two devices share a few characteristics, such as they both use the IPS LCD display technology and share the same 5.5-inch display size.  Not only that, but they both use the QHD display resolution of 2560 x 1440 pixels and 538 pixels-per-inch (PPI) on the LG G4 and 2560 x 1536 pixels and 546 PPI on the MX4 Pro…technically a QXDA.  Both devices have 3GB of RAM and both offer a 32GB option for internal storage, but more on that later.  Both devices use large sensors for both the main camera and the front-facing cameras (FFC).

The MX4 Pro and the LG G4 also share the usual suspects – Wi-Fi, Bluetooth (4.0 MX4 Pro and 4.1 on LG G4), GPS, are NFC compatible and both have a microUSB charging port for charging and data transfer.  The MX4 Pro has received its Lollipop update so the both share that feature as well. 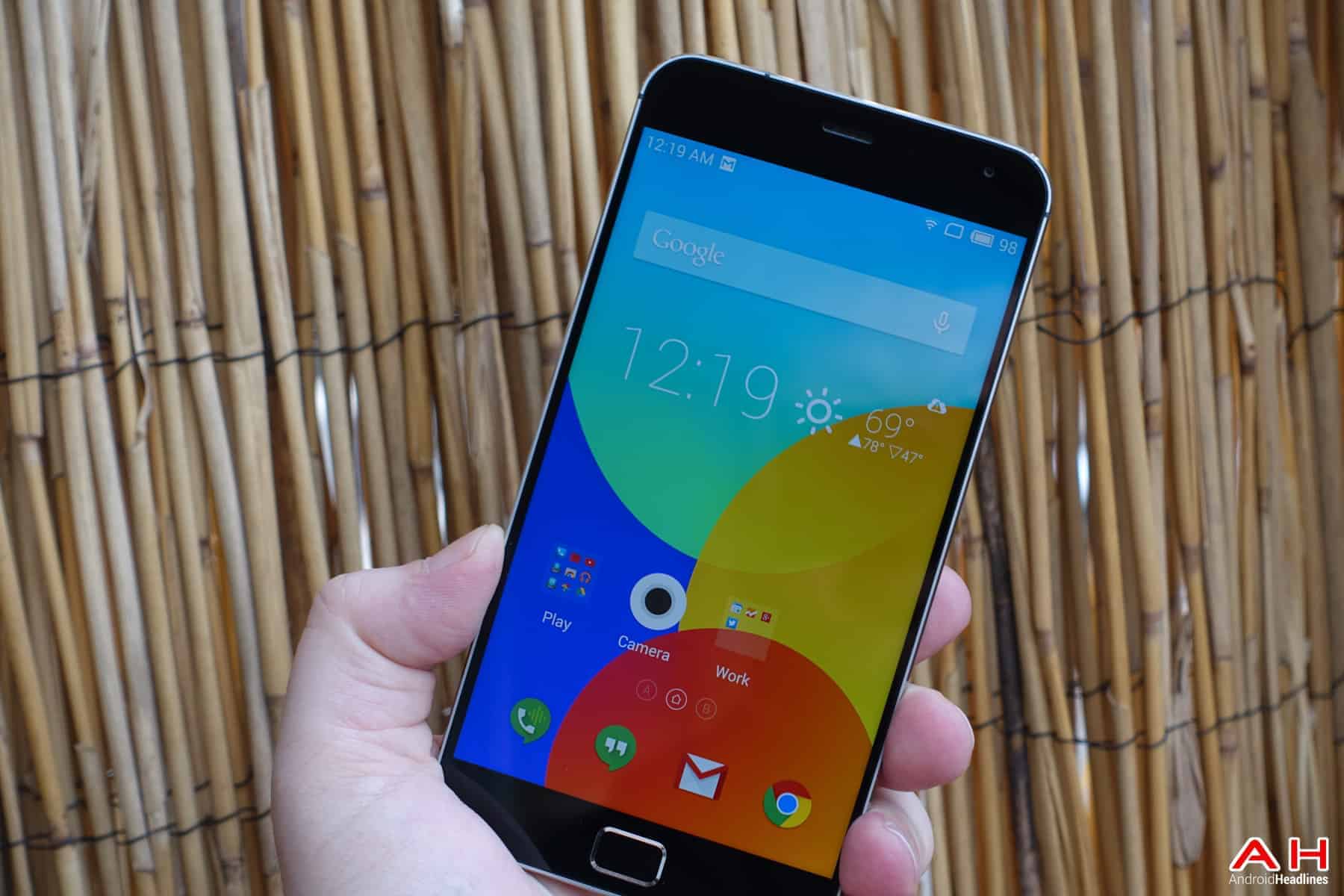 The new Meizu MX4 Pro has a full aluminum frame and what looks like an aluminum back with rounded sides – but it steals a page from the LG G series and is actually a great metallic paint job over plastic.  It has small bezels, feels solid and well built, and because of its rounded sides, it is very comfortable to hold.

The Meizu MX4 Pro uses a Sony 20.7MP sensor, auto-focus and a dual-tone LED flash for the main shooter and a 5MP FFC for social media selfies and video chatting.  The main camera must battle against the LG G4’s 16MP shooter with Laser autofocus, LED flash, but also adds OIS and a larger f/1.8 aperture for better low light photos.  It also uses a huge 8MP FFC and adds the f/1.8 aperture.  The 3350mAh non-removable battery is larger than the removable 3000mAh in the LG G4, but either battery will easily get you through a full day.

The MX4 Pro puts its speaker on the bottom of their device for better sound and includes enhanced audio, so when you plug in a set of headphones or use an external speaker, you will really hear the difference.  It also sports a fingerprint sensor, as LG continues to resist the temptation.  The MX4 Pro comes in three colors – white, gray and gold – however, only the gray is available at this time.  It runs Android 5.0 Lollipop with Meizu’s Flyme 4.1 user interface.  It will cost you $619 for the 32GB model online – and of course, this is an off-contract price.  The MX4 Pro runs in the US on FDD-LTE bands 1, 3 and 7 – 1800/2100/2600MHz, so be sure to contact your carrier. 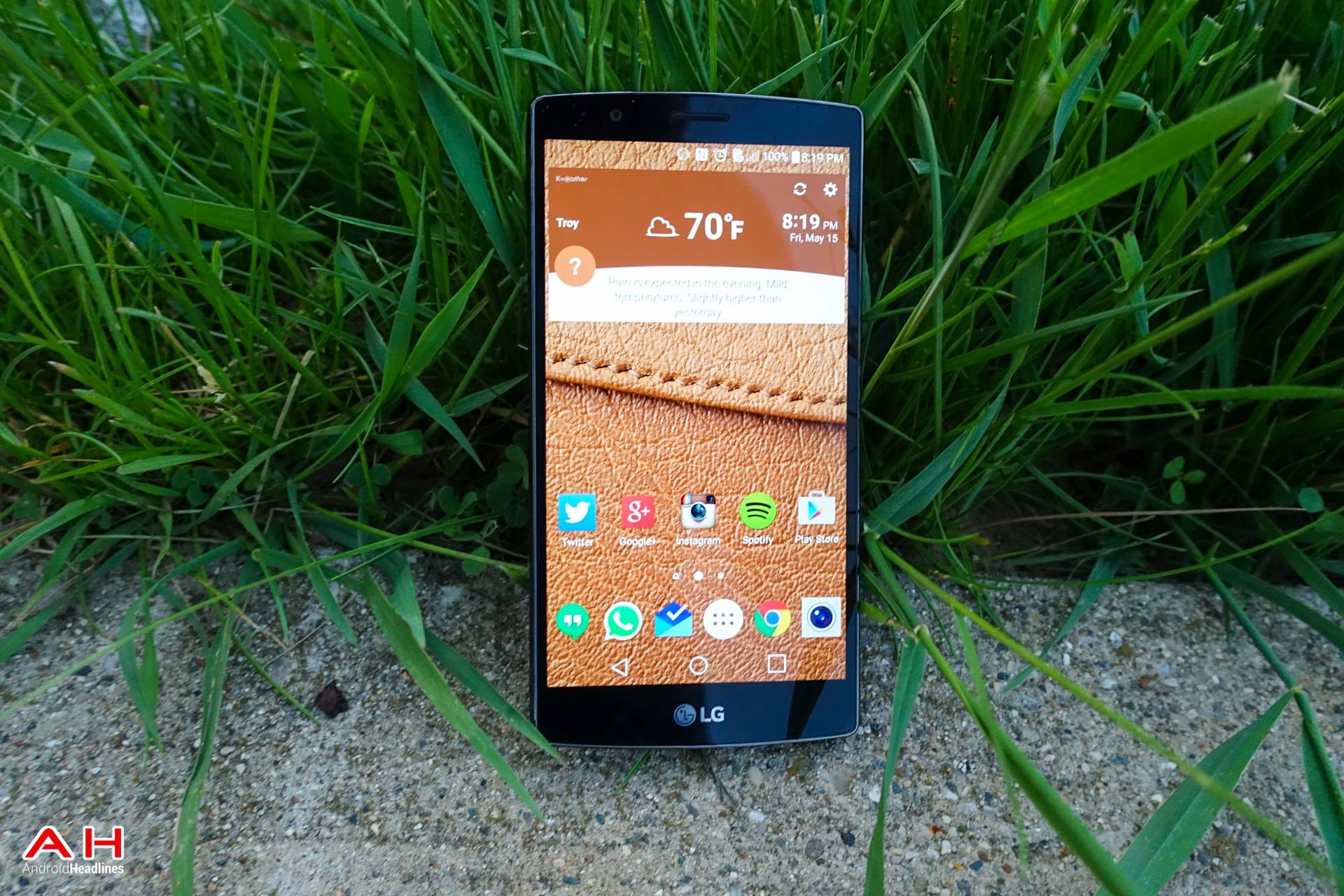 The LG G4 is simply an evolutionary update of last year’s popular LG G3, no big changes here, but why mess with a good thing?  LG did a great job improving three key areas – the display, processor and camera.  They added more brightness in the display and designed it to use less power.  The device, though slightly larger, now has a slight curve to the entire device – not a LG G Flex 2 kind of curve – but just enough to make it more comfortable to hold.  They improved the metallic plastic backing by adding a ceramic coating and for $35, you can special order a leather back with stitching and it even comes in several colors.  The LG G4 definitely resembles last year’s model, but yet it somehow has a more premium look about it.

The LG G4 sports a 5.5-inch QHD LCD with their new Quantum display technology that LG claims allows for a 25-percent brighter display with a 50-percent increase in the contrast and 56-percent improvement to the color accuracy…and you can really tell the difference over the duller display on the LG G3.  It has a resolution of 2560 x 1440 pixels and 538 PPI…and in line with the MX4 Pro’s display with 546 PPI.  LG chose Qualcomm’s 64-bit Snapdragon 808 hexa-core processor after deciding to pass on the Snapdragon 810 (found in the new LG G Flex 2).  LG optimized the 808 for the LG G4 and should be easier on its battery and give you smooth performance.  It is packing 3GB of RAM and 32GB of internal storage, but also has room for expansion via a microSD card.  The MX4 Pro uses the 32-bit Exynos 5 octa-core processor, 3GB of RAM and offers either 16GB, 32GB or 64GB models, however, it has no way to expand its memory.

The LG G3 had an excellent camera and the LG G4 just improves upon it with a 16MP sensor, their fast laser autofocus, dual-tone LED Flash, and a wide f/1.8 aperture for better shots in low light and includes OIS+.  The LG uses a large 8MP FFC camera that also includes the wider f/1.8 aperture lens and it should take excellent selfies and provide great video chatting.  The MX4 Pro uses a larger 20.7MP sensor, but has no OIS, no laser autofocus and a 5MP FFC.  The LG G4 uses a removable 3000mAh battery, compared to the non-removable 3350mAh battery on the MX4 Pro.

The LG G4 has controls that are easily accessible on the back of the device, includes a built-in FM radio, optional wireless charging and built-in IR Blaster.  It also incorporates some great software features like knock-knock and split screen multitasking.  The LG G4 comes in a variety of colors, both metallic and leather.  It will cost you about $200 on a two-year contract and about $650 off-contract. 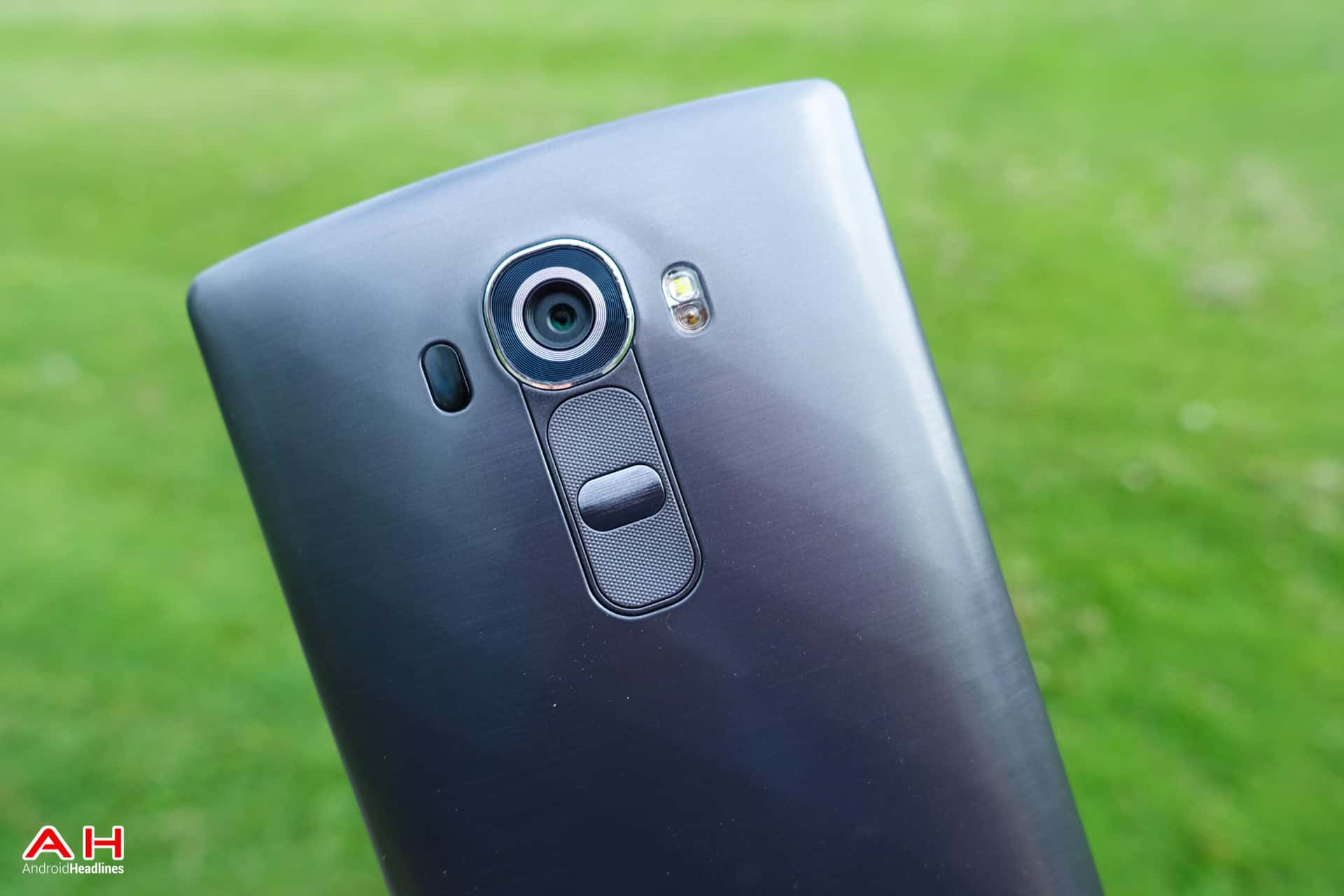 I have to go with the LG G4 as the winner of this specification competition – the Meizu MX4 Pro is an excellent device, however, its processor is starting to show its age in the new 64-bit world.  It does have a fingerprint scanner and the QHD display, but besides the outdated processor, it lacks the ability to add to the internal storage and one is stuck with a non-removable battery.  The LG G4 also includes a built-in IR Blaster, a FM stereo radio, optional wireless charging and Quick Charge 2.0.  The LG G4 simply has one of the best smartphone cameras available and between its added laser focus, OIS and large aperture of f/1.8 for better low light shots, its 8MP FFC and terrific camera software, the LG G4’s camera stands taller than the MX4 Pro.

What we are talking about here are little things, but important items that just make me lean towards the LG G4.  When you factor in the usability on all US networks, the fact that both devices will cost you about the same amount buying them outright and the fact that you can purchase it out a two-year contract for only $200 makes the LG G4 the winner of this comparison.