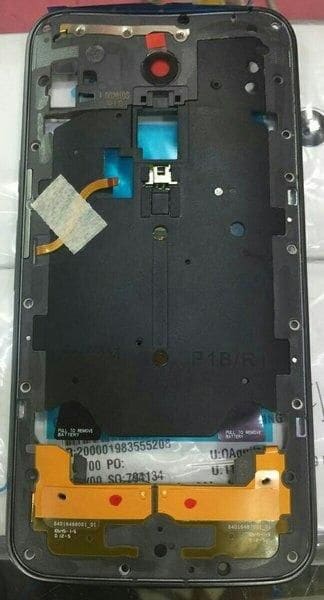 Never mind Google's stance of fingerprint scanners, Samsung have successfully adopted them for device since the Galaxy S5, and now it looks like Motorola, now in Lenovo's hands, are working on a device with their own fingerprint scanner. This is a leak to take with a grain of salt, as what we're looking at are supposedly parts for the upcoming third-generation Moto X, and according to rumor the little hole below the camera is where the fingerprint scanner is supposed to go. This does seem a little suspect, but considering that Android M will support fingerprint scanners, and Motorola is keen to compete with the likes of Samsung, adding the feature would make sense. There's a good chance however, that these leaked photos could be nothing more than prototype boards or of an entirely different product from Motorola's lineup.

Last year, it was said that the Nexus 6 couldn't launch with a fingerprint scanner because Apple had essentially bought up all stock of Autentec fingerprint scanners and Motorola wasn't happy with what other suppliers could come up with. Seeing as demand for fingerprint sensors is on the rise, it'd make sense that quality components would be easier to get their hands on, not to mention the fact that Lenovo is now taking care of Motorola and a big company like Lenovo carries a lot morel weight than Motorola would on their own.