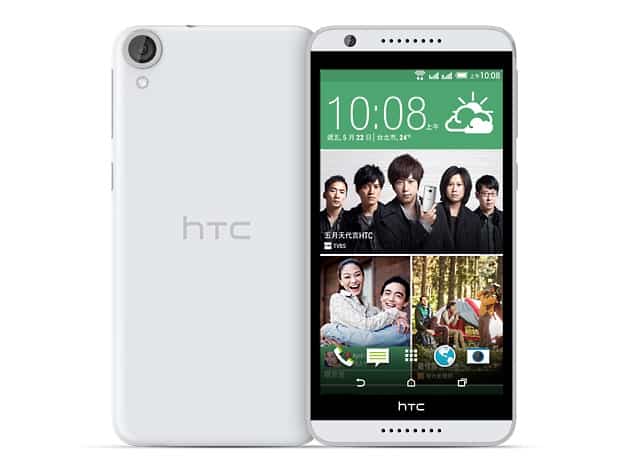 HTC has been producing and launching mid-range devices for quite some time now, and the Desire 820 has proven to be a popular device throughout parts of Asia, not least due to the fact that it offered key HTC One features without the associated price tag. Now, HTC have released yet another version of the device that seemingly doesn't offer much more but keeps the same sort of design principles alive and well.

As NDTV Gadgets is reporting, the device has been launched as a Dual SIM smartphone powered by a 1.7 Ghz octa-core CPU along with 1GB of RAM. With the same 13-megapixel rear-facing camera as well as an 8-megapixel front-facing camera, there doesn't seem to be too much different about the Desire 820G+, which leads us to question why HTC have even released yet another variant. Still, this is a popular device, and with a Dual SIM variant as this one is, there's certainly a market for such a device. In Taiwan, the device will cost $5,990 TWD which is roughly ($195 USD) and while there aren't any plans to release the device in India or elsewhere out of Taiwan, we're sure that HTC is considering a launch in India, considering how popular the Desire 820 has been in India.

While there's support for everything else bar 4G support, it's a little strange that the device has launched with Android 4.4 KitKat, after all Android 5.0 Lollipop has been available for a long time now. Still, this is a device that's designed to be affordable above all else, and with great cameras and BoomSound stereo, this is a device that could sell well for HTC. The struggle to keep devices up-to-date is mounting for HTC, as people begin to turn to devices like the Micromax YU line and OnePlus One in order to stay up-to-date with Android, rather than falling behind and stuck with an older version of Android. Hopefully, we'll have more information concerning a launch in India or outside of Taiwan in the next few weeks.