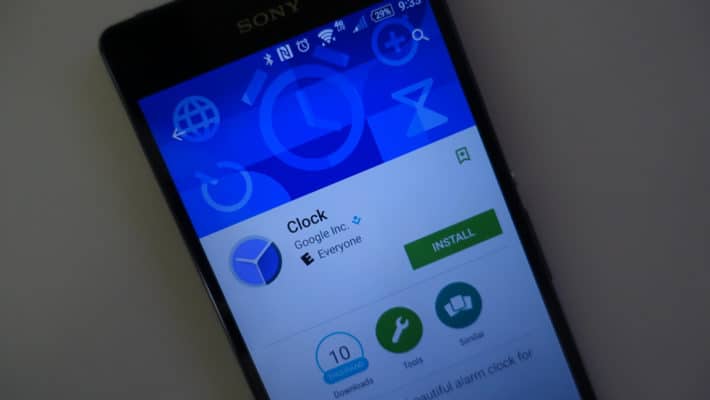 In the last couple of years we've seen more and more "stock" apps hitting the Play Store. Whether it be from Google, Motorola, HTC or another OEM, it's definitely a great idea. It means that these manufacturers can update said app without needing to push out an entirely new OTA that needs to be approved and can take weeks, if not months. Google sort of pioneered that way of thinking, with other manufacturers jumping on board.

Today, the latest app to join the Play Store is Google's Clock App. There doesn't seem to be anything new with the app just yet. But remember Google did buy Timely not too long ago, which had some really amazing features like the ability to sync alarms across devices. So far we haven't seen any of Timely's features built into the stock Clock app, but hopefully we'll start seeing some of those soon since the Clock app is now in the Play Store. According to the Play Store description:

"Enjoy Google's material design clock experience on your Android device. Set alarms, add timers, and run a stopwatch. Add your favorite cities to the World Clock pane. Connect with Android Wear to snooze or dismiss alarms from your watch"

The app does require Android 4.4 KitKat or higher, which is interesting considering it is Material Design, and the same clock app that is with Lollipop. Definitely a nice move for those that are still stuck on KitKat. It appears to be available for all phones running Android 4.4 and higher, not just stock Android phones like the Nexus 6, Moto X and others. We've tried it for the Sony Xperia Z3 and Samsung Galaxy S6 Active, and it works great with both of those.

So now if you don't like the clock app that the manufacturer made for your device, you can simply install Google's Clock app from the Play Store, and use it on your device. We have the link down below in the sources, so be sure to check those out.