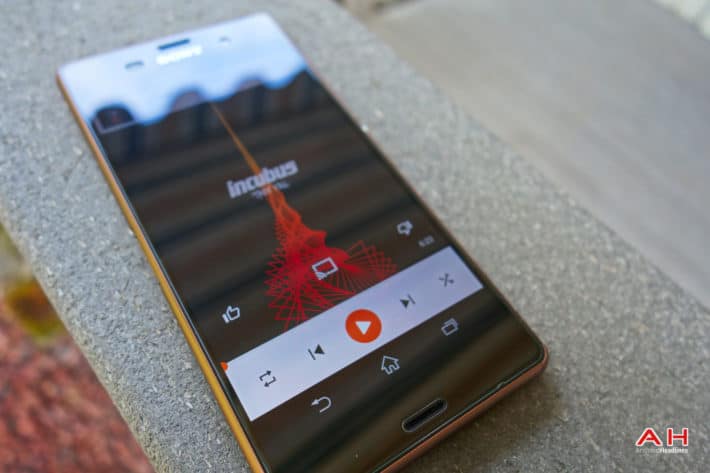 Earlier today, Google announced that they were bringing streaming music – in the form of streaming radio stations like Pandora – to the Play Music app for free. We've had streaming music for a few years now through Google Play Music All Access, which then got renamed to Play Music Unlimited and cost $9.99 per month. But this free service is limited to a few playlists and also includes a ton of ads, which pay for the service. The Google Play Music app has just been updated to bring this feature in, as well as a few other bug fixes and changes.

There is also a tweaked navigation drawer in the app, which adds the ability to see new releases. There is also a few new icons in the nav drawer. It's actually a nice touch. They've also moved Playlists and Radio out of the nav drawer and into my library. Google has also added a new startup splash screen. Which is a bit interesting considering they spent the last few years removing splash screens from their apps and having developers follow suit.

As usual, there are probably some bug fixes, which we haven't found just yet, but we'll likely find them in the next few hours after using the app a bit more. This is version 6.0 of the Google Play Music app, seems like a small update for v6, right? Anyways, we have the APK, and you can download it from the link down below. To install the app, simply download the APK. Head into Settings > Security and make sure that "Unknown Sources" is checked. Now Go to your downloads folder and tap on that APK and follow the prompts to install it. It will be installing the new version over your current Google Play Music app that's on your device. So it is a good idea to back up that APK in case the v6.0 update breaks anything you need to use everyday. If you don't want to download the APK, you can always hang on until it hits your device from the Play Store. But that could be a few days.