Last week saw a vast number of announcements coming from Google during their annual I/O event. As such, most of the big and major announcements for the year ahead were made. One of these which was not the biggest of announcements, but certainly is a useful one was the announcement that Google Maps will see much improvement in terms of its offline capabilities. In short, will see significant improvement in being able to use offline turn by turn directions as well as offline available location information. Take this latter point to mean retail and restaurant opening hours, reviews and the likes.

Well, it now seems that Google are not waiting till the big roll out to already start introducing some changes and the first one seems to be en route today. The latest changes being announced by Google (source link below) looks to extend on the app’s ability to provide more comprehensive details on any journey that you might take. Especially those by public transport. Google is looking to achieve this by announcing that their real-time transit information in the Maps app is being widened. For those who have not often used this feature, in short, the feature allows users to see in real-time exactly how long they will have to wait. It seems the update is also making Maps smarter too as the transit information will also provide you with alternative options in case you missed the bus, train or otherwise.

As mentioned, today’s announcement states that the transit features are being rolled out to two new countries and four new metro cities. The countries are the UK and the Netherlands while the new metro cities are Budapest, Chicago, Seattle and San Francisco. In fact, if you would like to know more about how Google has helped to improve transit information then you can check out the neat image Google provided explaining the point below. Alternatively for more information on today’s news you can click the source link to read the Google announcement in full. As per usual with this sort of update from Google, if you have yet to see the changes rolling out to your Maps app you no doubt will soon enough 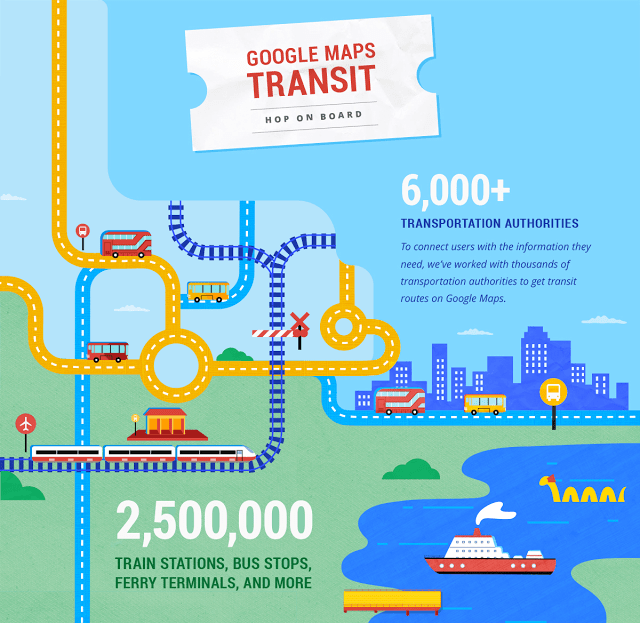