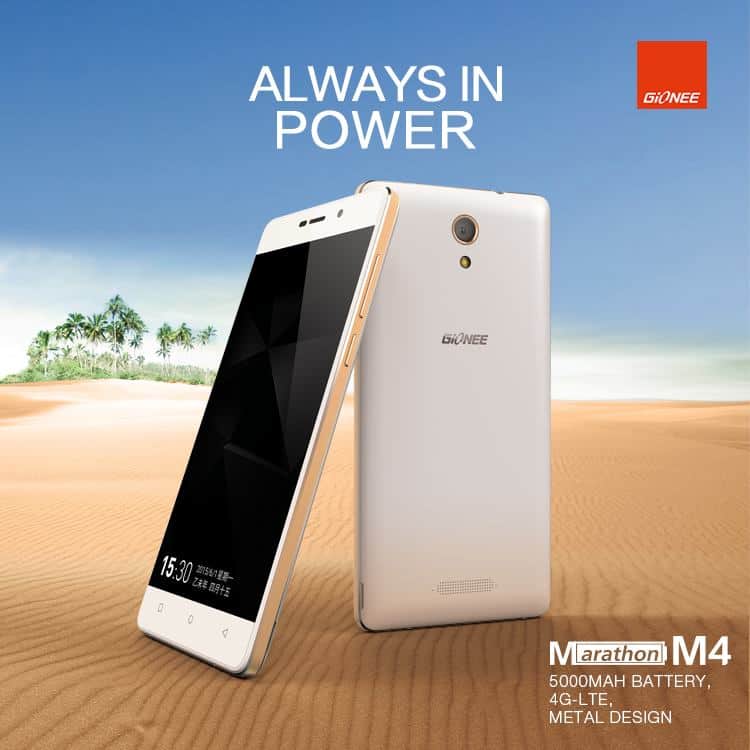 Gionee has been talked-about quite frequently lately. The company has several models in the works, and they’ve announced their Elife S7 handset during the Mobile World Congress (MWC) in Barcelona back in March. The company’s Elife E8 and M5 handsets have been mentioned quite frequently lately. The former is the company’s upcoming flagship, and we’ve seen a lot of leaked content regarding that phone. According to the latest available info, this China-based smartphone manufacturer intends to release both the Elife E8 and M5 on June 10.

As we were waiting for some more info regarding either of the aforementioned devices, this Chinese smartphone OEM has released yet another device (well, sort of), the Gionee Marathon M4. The company didn’t exactly fully unveil the Marathon M4, but they did share some info about the device though, including its image. Gionee still has to share the spec sheet of this device with the world, including its features and what not. If you take a look at the provided image above, you’ll see the device showcased in its full glory. The Gionee Marathon M4 sports metal design, and will ship with a 5,000mAh battery on the inside (hence its name). The 4G LTE connectivity will also be a part of this package, and the company says that this handset will be able to sit on standby for 64 hours. Gionee has also mentioned that you’ll be able to talk for 65 hours before the Marathon M4’s 5,000mAh unit doesn’t full discharge. The phone will also be able to play music for up to 107 hours, and video for up to 16 hours, while you’ll also be able to play games for up to 13 hours according to the company.

The Gionee Marathon M3 sported a 5-inch 720p display, 1GB of RAM and a 1.3GHz SoC by MediaTek. It is to be expected that the Marathon M4’s specifications will be bumped up to some degree, but you can still expect this to be a mid-range handset. The company didn’t exactly say when will this device land, but they did leave a “Let’s meet in June” caption along with the images you can check out in the gallery down below. 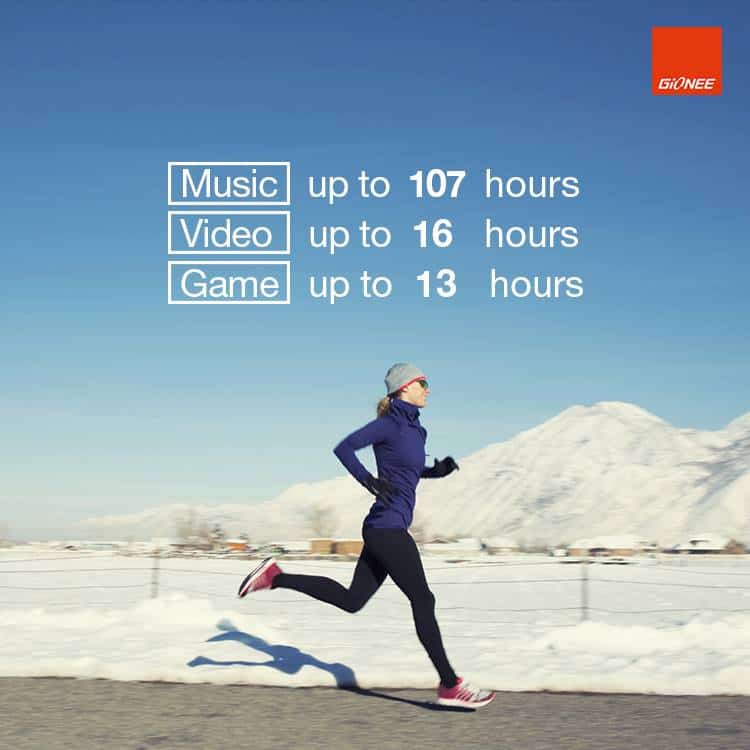 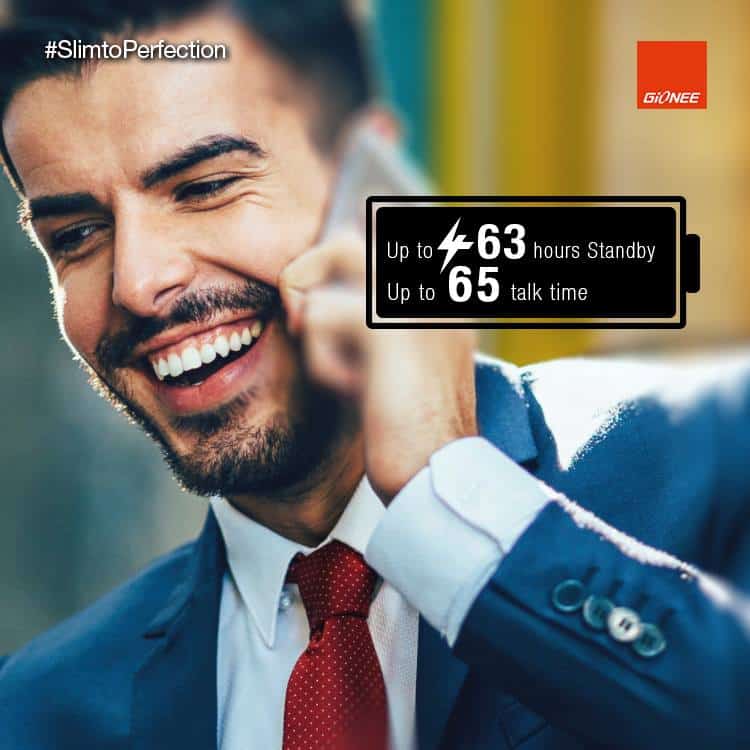 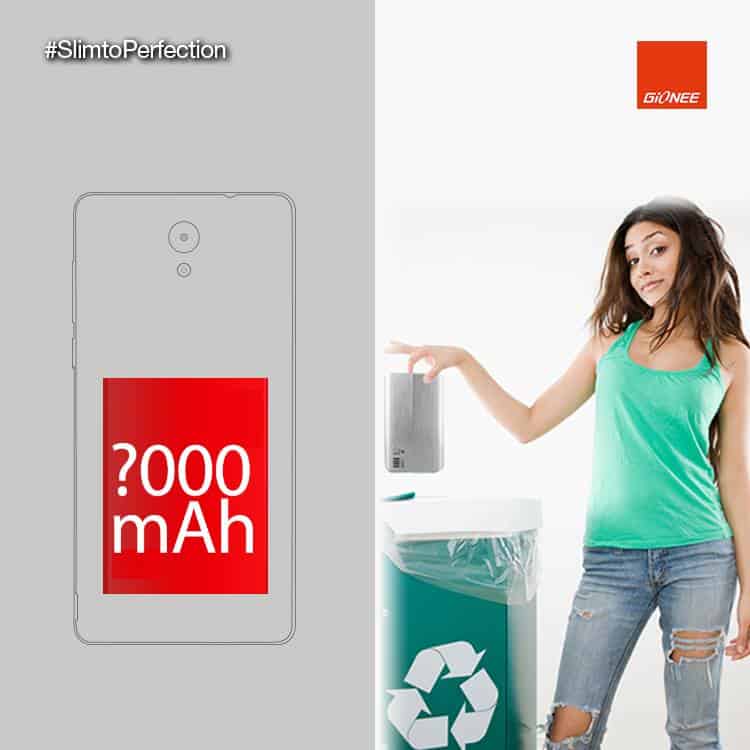 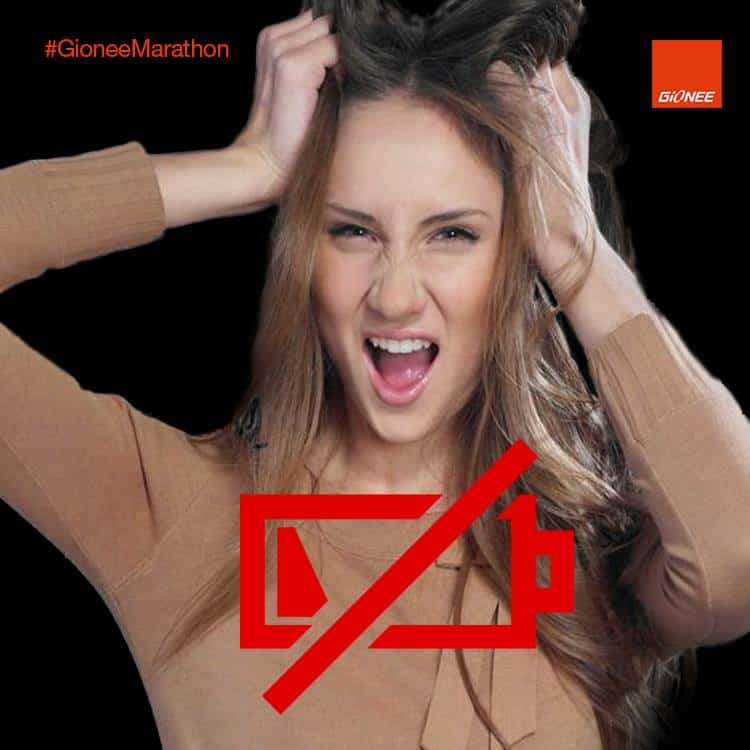