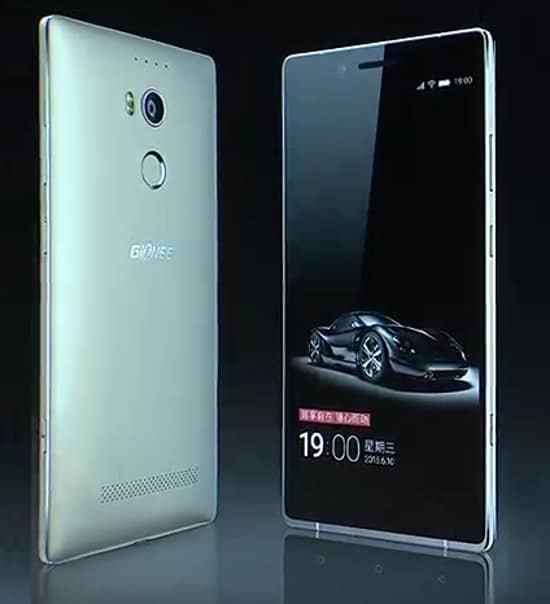 Gionee has announced the Elife S7 handset earlier this year, during the Mobile World Congress (MWC) in Barcelona. That is the company’s mid-range offering, and we’ve been waiting for Gionee to announce their 2015 flagship. Well, the Elife E8 has been leaking all over the place for weeks, and the company has finally announced it today during their event in China. The Elife E8 is a premium offering by the company, let’s see what it has to offer, shall we.

The Elife E8 features a 6-inch QHD (2560 x 1440) AMOLED display along with 3GB of RAM and 64GB of internal storage. This handset is powered by MediaTek’s Helio X10 (MT6795) 64-bit octa-core processor and it will ship with a 3,520mAh battery on the inside. This handset offers dual-SIM and 4G LTE connectivity, and it features a fingerprint scanner on the back. The 8-megapixel camera is available on the front of Elife E8, and the phone will ship with Android 5.1 Lollipop pre-installed with the company’s Amigo OS 3.1 on top of Google’s operating system. The Gionee E8 is made out of metal, and the phone measures 164 x 82.3 x 9.6mm while it weighs 207 grams. The device will be available in Gray color options only it seems.

That being said, let’s talk a bit about the phone’s rear-facing camera and the software that goes with it. The 24-megapixel OIS snapper (6P lens, 1/2.3 aperture) is located on the back of this handset, but you can take 120-megapixel images using it. The dual-LED, dual tone flash is also available on the back of this device.This phone takes advantage of PDAF (Phase Detection Auto Focus), as did some phones before it. I believe you remember the Oppo Find 7, which also utilized PDAF in order to stitch a bunch of images together. The NXP Smart PA audio chip and stereo speakers with DTS support are also a part of this package, and Gionee has partnered up with WeBank in order to launch Gionee Wallet.

The Gionee Elife E8 is priced at 3,999 Yuan ($644), and will be available for purchase in China starting July 15. There you have it folks, this is Gionee’s new flagship, and if you’d like to take a look at the other device Gionee announced today (Marathon M5), click here.