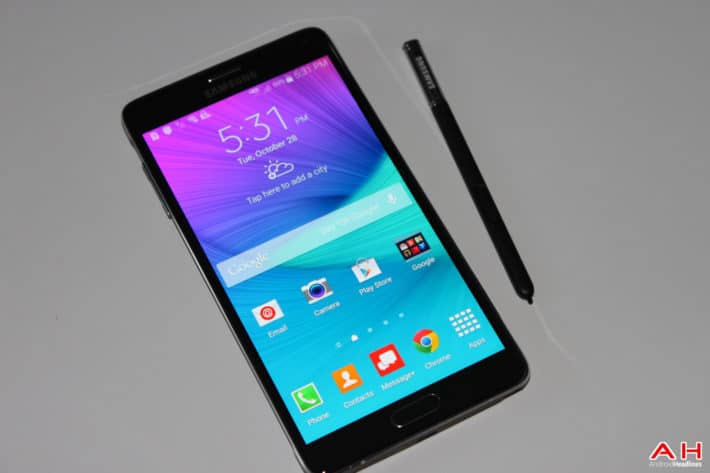 Samsung is the largest smartphone OEM in the world at the moment. This Korean tech giant has released quite a few devices this year, including their Galaxy S6 flagships that were showcased during the Mobile World Congress back in March. Samsung is expected to announce a number more products before the end of this year however, including the company’s premium phablet, the Galaxy Note 5. The Galaxy Note series is an immensely popular Samsung-branded line, and many people are interested to see what will Samsung do with this line this time around.

The Galaxy Note 4 was a very well-built device which combined plastic and metal in order to create a very nice device. Samsung’s new Galaxy S6 devices, on the other hand, sport a metal unibody design, so it is possible that Samsung will take that very same route with the upcoming Note 5. We don’t exactly have much info regarding the design of the device this time around, but a new leaked popped up in Asia revealing quite a few details regarding this device, read on.

According to the new info, Samsung won’t release the Galaxy Note 5 Edge variant of the device this time around. If this info is accurate, we won’t be seeing a Galaxy S6 Edge type Note device, which might disappoint some people and is completely the opposite to what we’ve been hearing thus far. Anyhow, the source also mentions that the Galaxy Note 5 will feature a 5.89-inch QHD (2560 x 1440) display, and that it will pack in a whopping 4,100mAh battery on the inside. The device will be 7.9mm thick and will be powered by Samsung’s Exynos 7422 SoC. The S-Pen will make a comeback once again, and the dual-SIM variants of this phablet will be available in certain regions. The Galaxy Note 5 handset which is currently being tested by Samsung allegedly runs Android 5.1.1 with TouchWiz on top, of course, though we don’t know which version of Android will it run once released.

The leak has also mentioned that the Note 5 will offer 4G LTE connectivity, though that was to be expected. Either way, the phablet is set to be released in September, so there’s still plenty of time for the additional info to leak out, stay tuned.