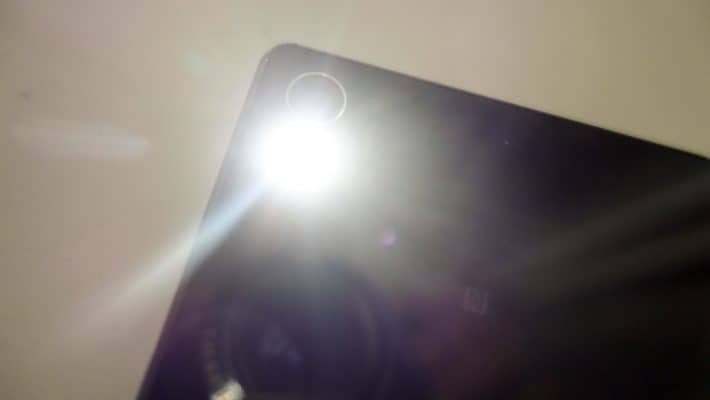 Many phone manufacturers have taken to including a flashlight app or at least a toggle in quick settings. Although there are still some phones that don’t have one by default. Which is why flashlight apps have become so popular. We’ve found 10 great flashlight apps for this top 10, so let’s have a look. 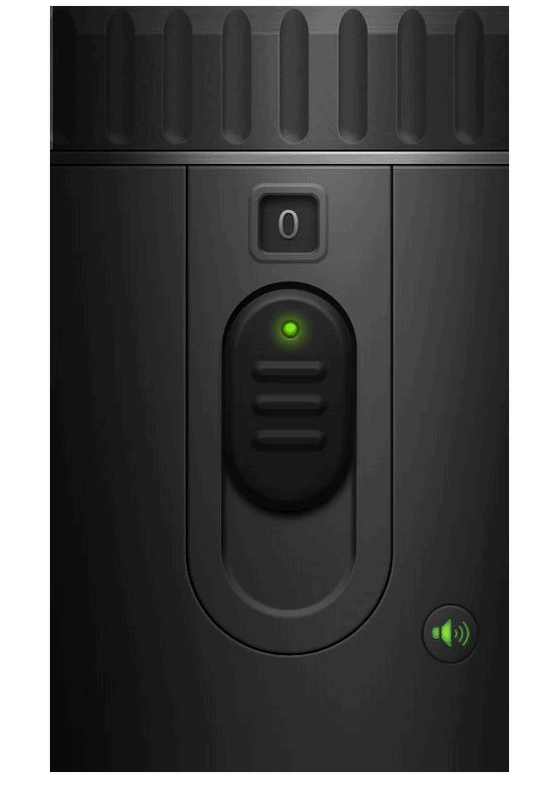 This app uses your flash on the back of your device to become a flashlight. It has a convenient on/off switch, and it can also strobe or blink if that is ever needed. The app is completely free, no ads or in-app purchases either. 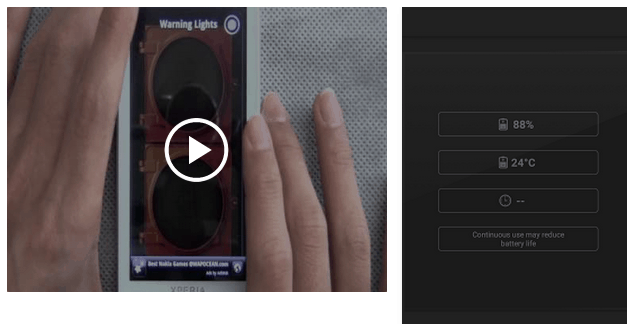 Tiny Flashlight is a free flashlight app that has pretty simple controls. It also has features like strobe lights and blinking lights, which can be controlled very easily. It’s completely free in the Play Store. 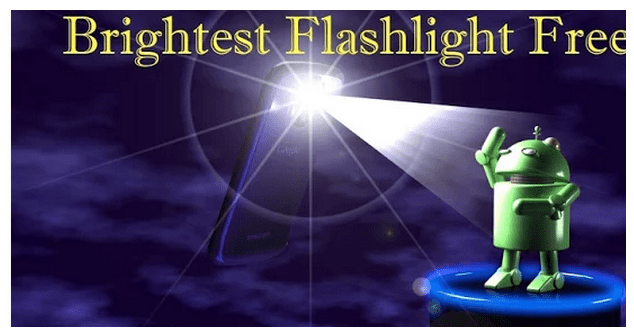 As you can tell by the name, this is a bright flashlight app, in fact the developer says its the brightest one on the Play Store. Even though it’s using the same flash as all the other apps available. This one is also a completely free app in the Play Store. 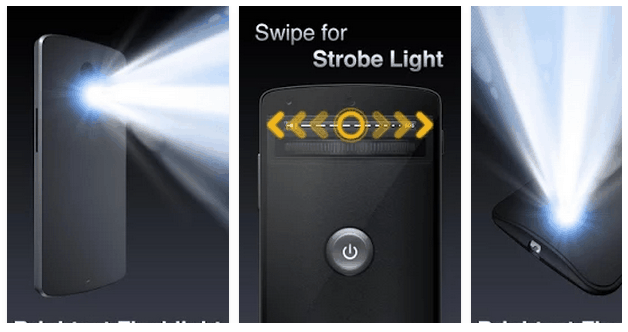 A simple flashlight app here. Again, like most of the other apps here, it uses your flash as a flashlight, and if your phone does dual-flash, it’s going to be even brighter. You can swipe in the app to turn on strobe light as well. Which is a  nice add on. 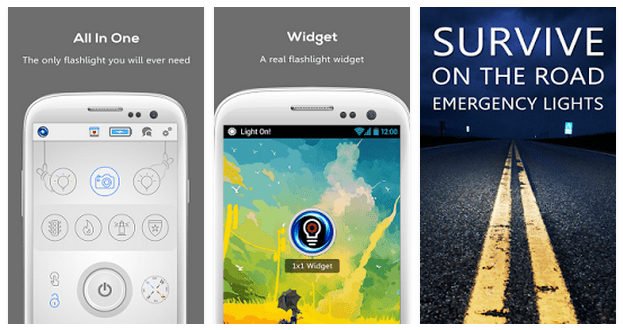 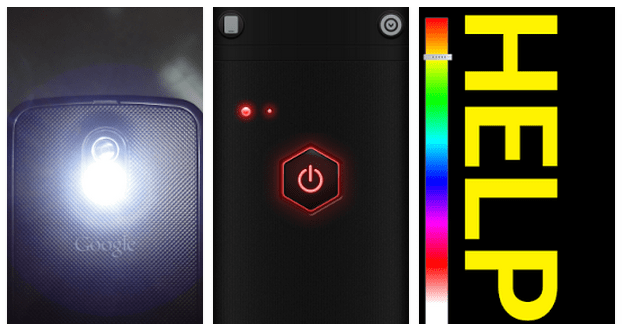 This one is a little different from the other flashlight apps in this top 10. It actually does color, instead of just the same white light. In the app you can choose what color it shows. It’s very customizable actually, which is nice to have these days. 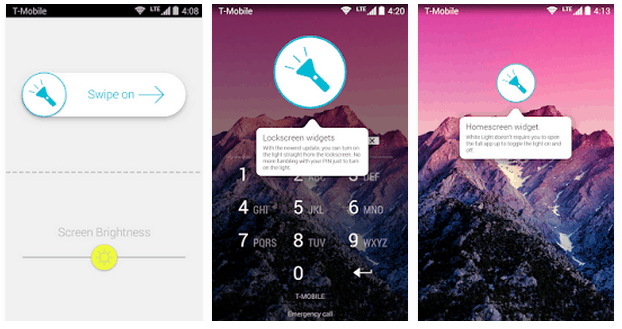 This one is a bit interesting because it does support lock screen widgets. You know that feature from Android 4.2 that most of us forgot about? So now you can turn on the flashlight without having to unlock your phone. Which is a big help in emergencies. It’s also free on the Play Store. 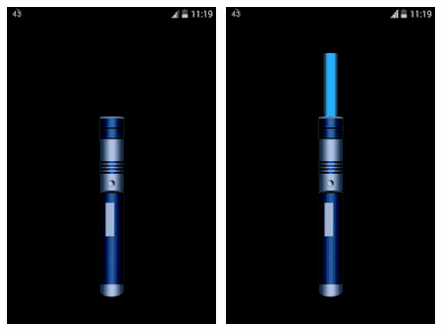 Because, lasers. Who doesn’t love lasers? This is basically a flashlight designed like a laser, so to turn it on, all you have to do is tap on the power button on the laser on your screen. Pretty simple app, but it has a laser. 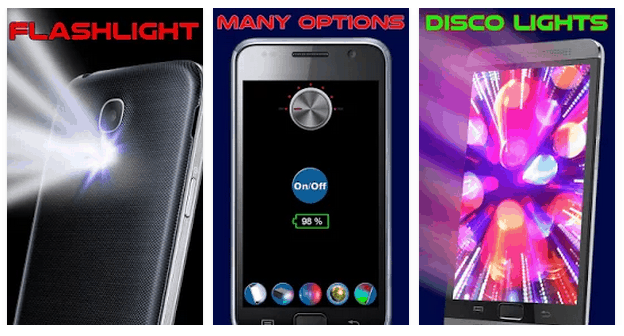 This flashlight is pretty crazy, hence the name. It has a ton of features and options included, including being able to use disco lights. It’s also a very bright flashlight, which is important for when you’re in very dark rooms. It’s also free on the Play Store. 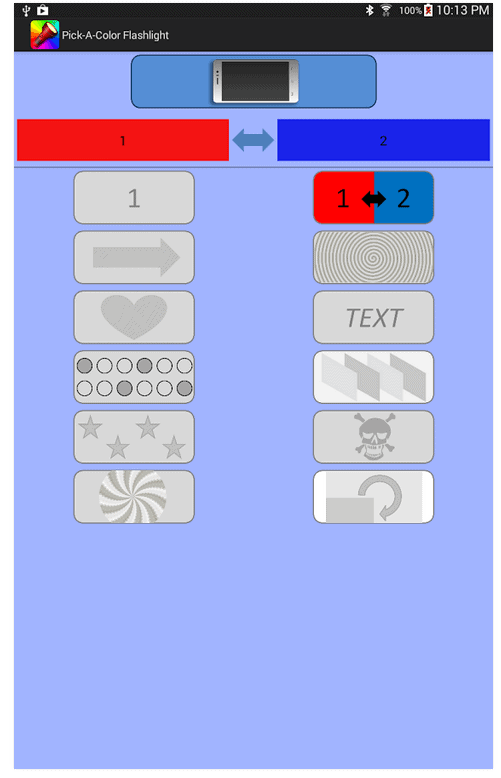 We had another color flashlight up above, where you could customize which color it uses. This one does pretty much the same thing. So you can have a red flashlight, blue, or any color really. It’s pretty cool to have, in my opinion.