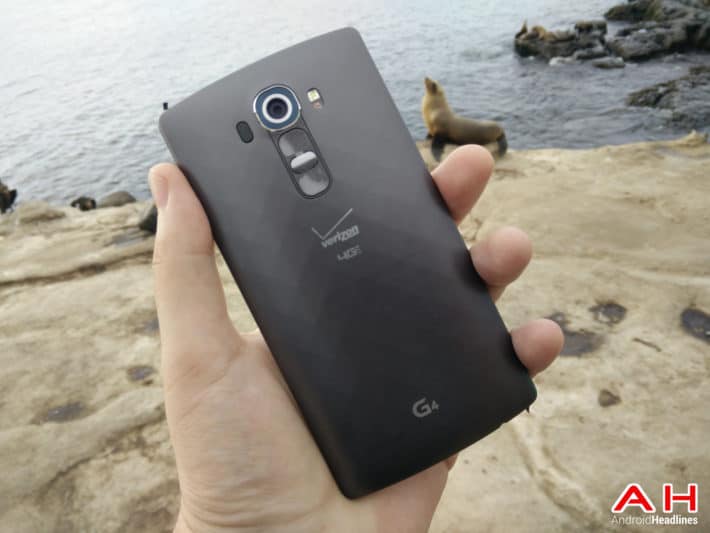 For many people, the LG G4 was the surprise device of this year. The latest device in the G-range may have followed in the shadow of the release of the Samsung Galaxy S6 and S6 Edge, but that does not mean LG were happy to let Samsung take all the glory. The LG G4 comes boasting some great specs and has already been warmly received in reviews. We already reviewed the G4 last month and shortly after its release. You can read that review in full by clicking here. However, some devices deserve a second look and the LG G4 is certainly one of them. 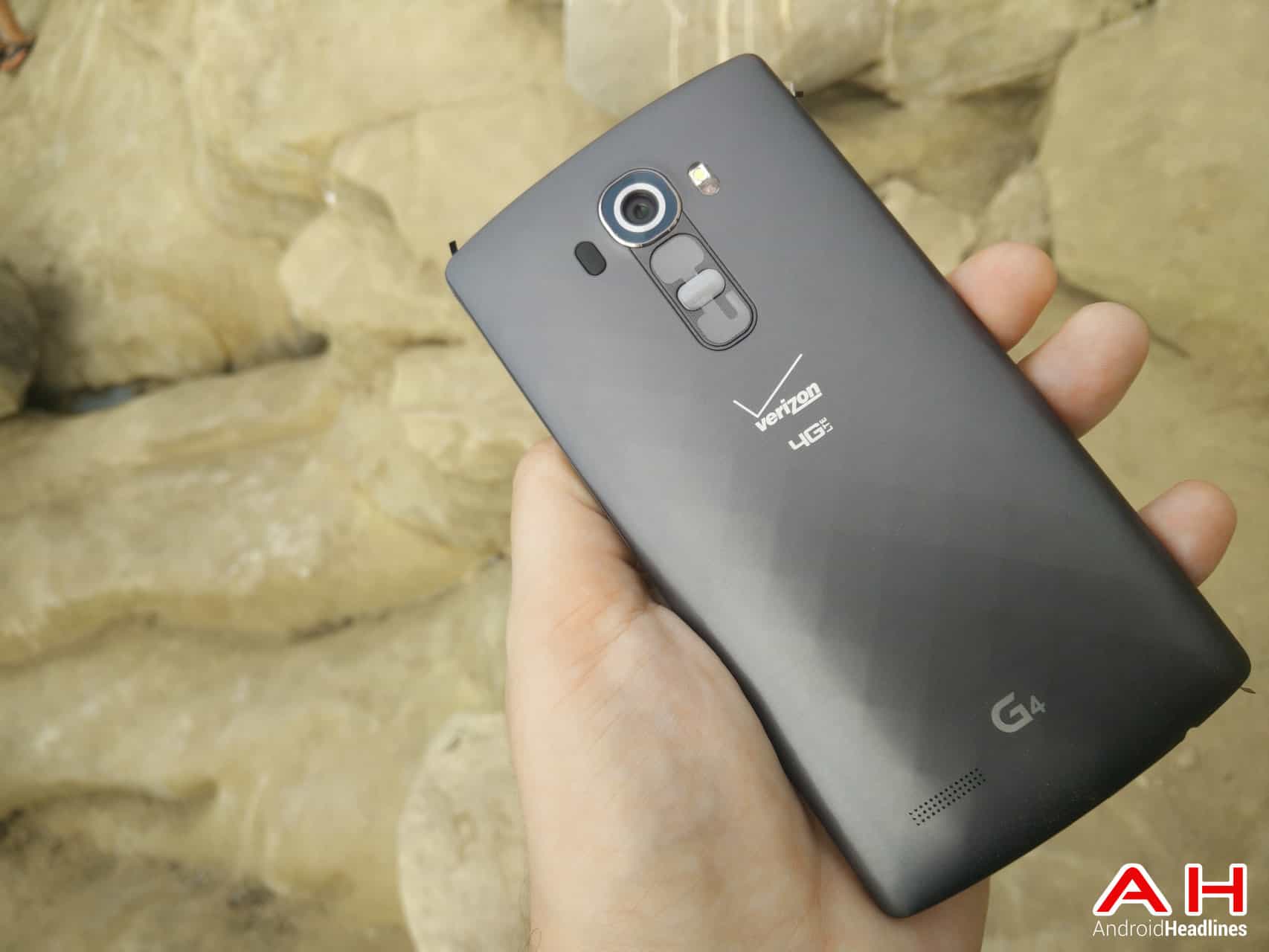 The LG G4 was one of the big device launches of this year so far and as such, this device came sporting a number of top-line specs. On offer with the G4 is a 5.5-inch Quantum LCD display with a 2560 x 1440 resolution. Inside, the LG G4 comes touting 3GB RAM and powered by a Qualcomm Snapdragon 808 64-bit hexa-core processor. This is along with an Adreno 418 for processing the graphics. In terms of memory, the G4 offers 32GB internal storage along with the option to expand via the included microSD card slot (up to 128GB). Moving to the cameras, the LG G4 sports a 16-megapixel OIS camera on the rear, along with dual-LED and dual tone flash. This is coupled with the equally big 8-megapixel front facing camera on offer. Additional features include a removable 3,000 mAh battery, 4G LTE support and the device comes running out-of-the-box on Android 5.1 (Lollipop). That is along with LG's own user experience, UX 4.0 over the top. In terms of dimensions, the LG G4 measures 148.9 x 76.1 x 9.8mm and weighs in at 155g. 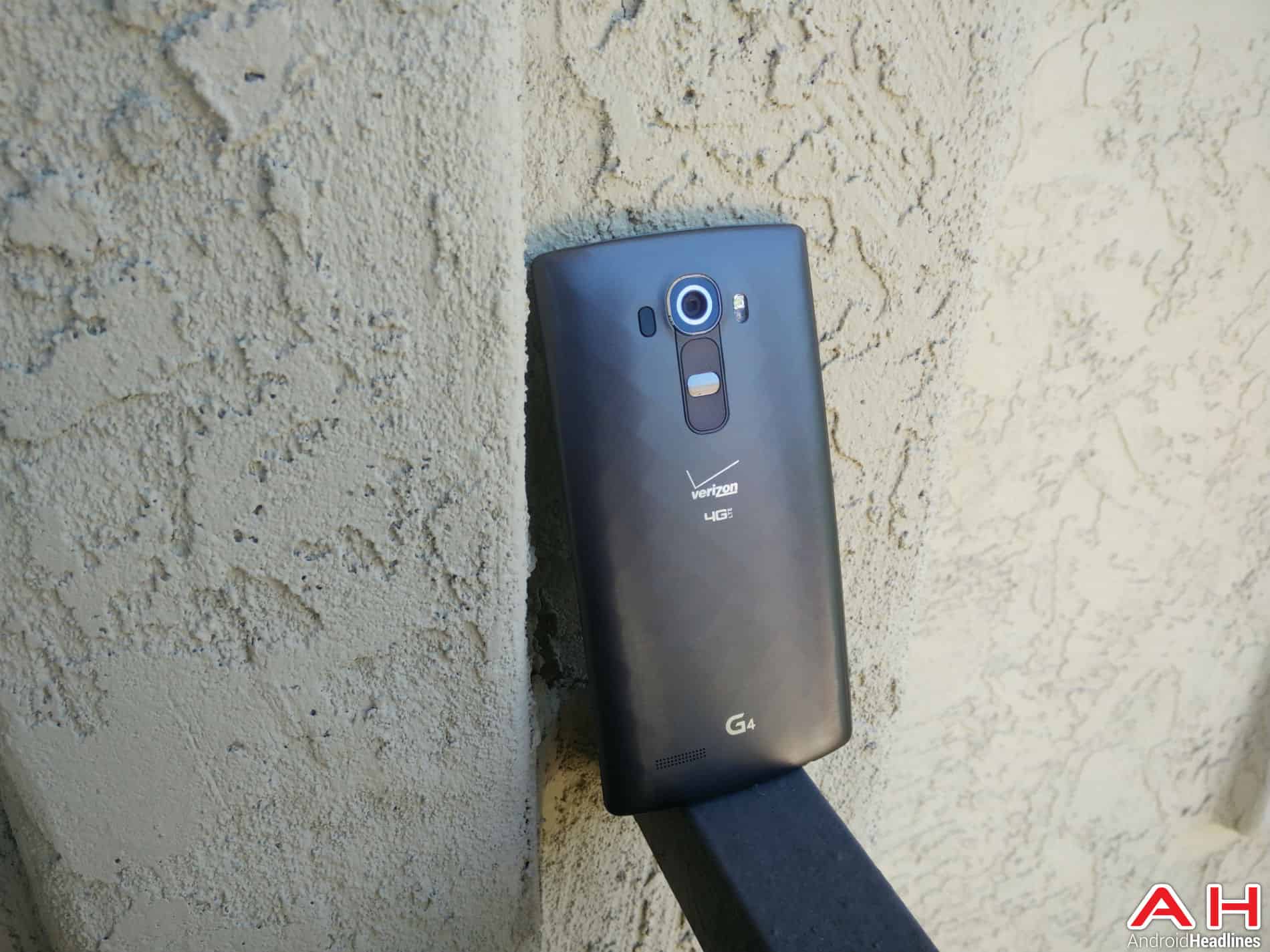 The LG G4 is a mixed bag when it comes to the build and design of the device. There is no doubt that it screams quality, it does. It feels and looks like a premium device completely. As such, there are no major issues in this department. However, the G4 feels very much a mix of the old with the new. It is the G3, but better. That won't help much in terms of describing the device, but it is the truth. If you like the look of the G3 then you will probably like the look of the G4 too. If you were less keen on the G3, then move along, nothing to see here. Some will already be saying that if the G3 looks good, why change it? And they would be right in saying this. However, when you consider the moment when Samsung unveiled the Galaxy S6 (in particular, the S6 Edge), there was that wow moment. That is what is missing from the design and look of the G4. Everything is there and it does tick all the right boxes. But is that enough anymore?

Getting to specifics, the G4 is 5.5-inches in size and comes with the QHD display. As such, the front of the device is sleek and looks great. In all honestly, it does look like the OnePlus One on first impressions and those familiar with the One will immediately notice and comment on this. The design of the device, whether intentional or not, boasts similar bezels levels, the same front speaker placing and the same general appearance. In fact, it is only the LG logo on the bottom that is a clear defining factor between the two.

That said, the similarities to the One end with the front. Moving on to the back of the device and this is why the G4 comes into its own. Customizations of the back are literally the 'in thing' right now and LG is not one to miss a trick. As such, you can buy the G4 with an array of backs with leather seeming to be the most popular option. The model tested came with the general G4 gray back and it does look good. The back is diamond etched (which is different to the G3) and the familiar G curve is apparent on the device when held. 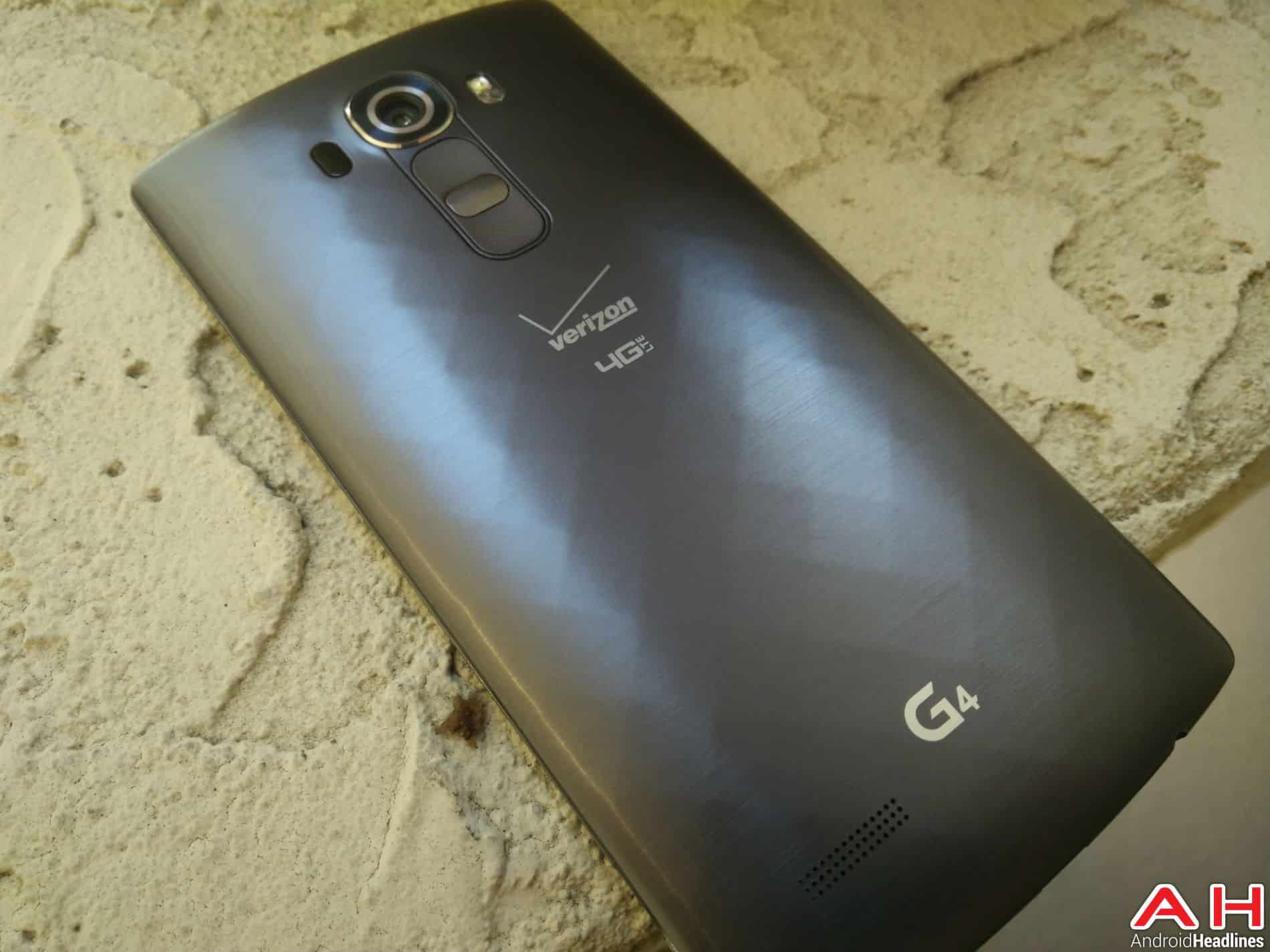 Moving to the sides and there is very little to report on here, due to the curvature of the G4, sides are not really sides, but more pointed than you might find on other flagship devices. Not to mention, sticking with LG fashion, the G4 is largely absent of any and all hardware buttons on the surround of the device. The microUSB socket and headphone jack are both bottom positioned. 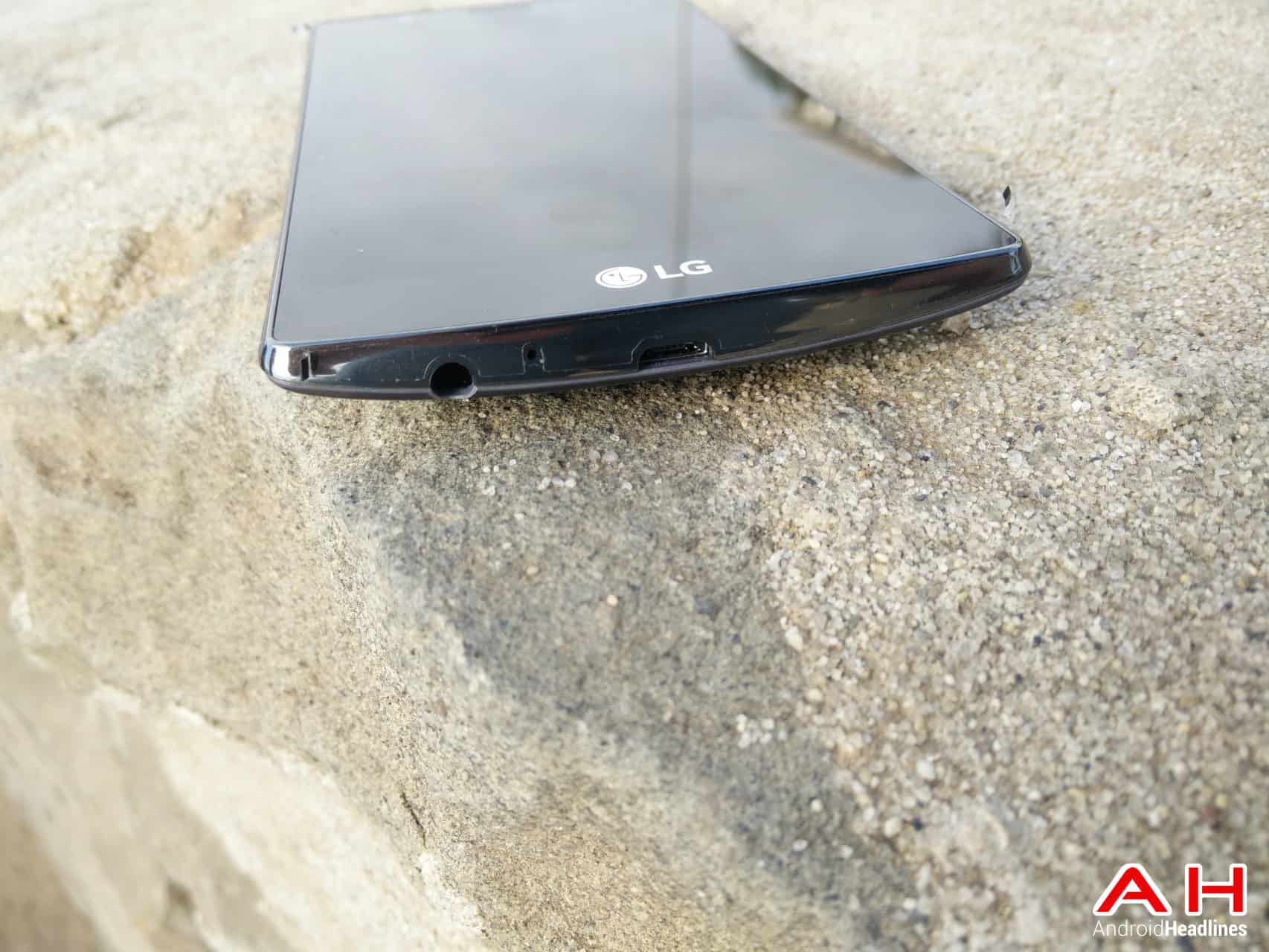 In terms of the actual controls, these are positioned in the familiar position on the back. The power button (and image capture) is in the same position underneath the camera and is upper and lower flanked by the volume buttons. One point to note about the buttons is that they are very low in terms of their indentation. As such, there is little tactile feel when pressing and you really do have to feel for the button. This is especially in respect of the volume buttons. Not a huge issue, but an issue nonetheless. 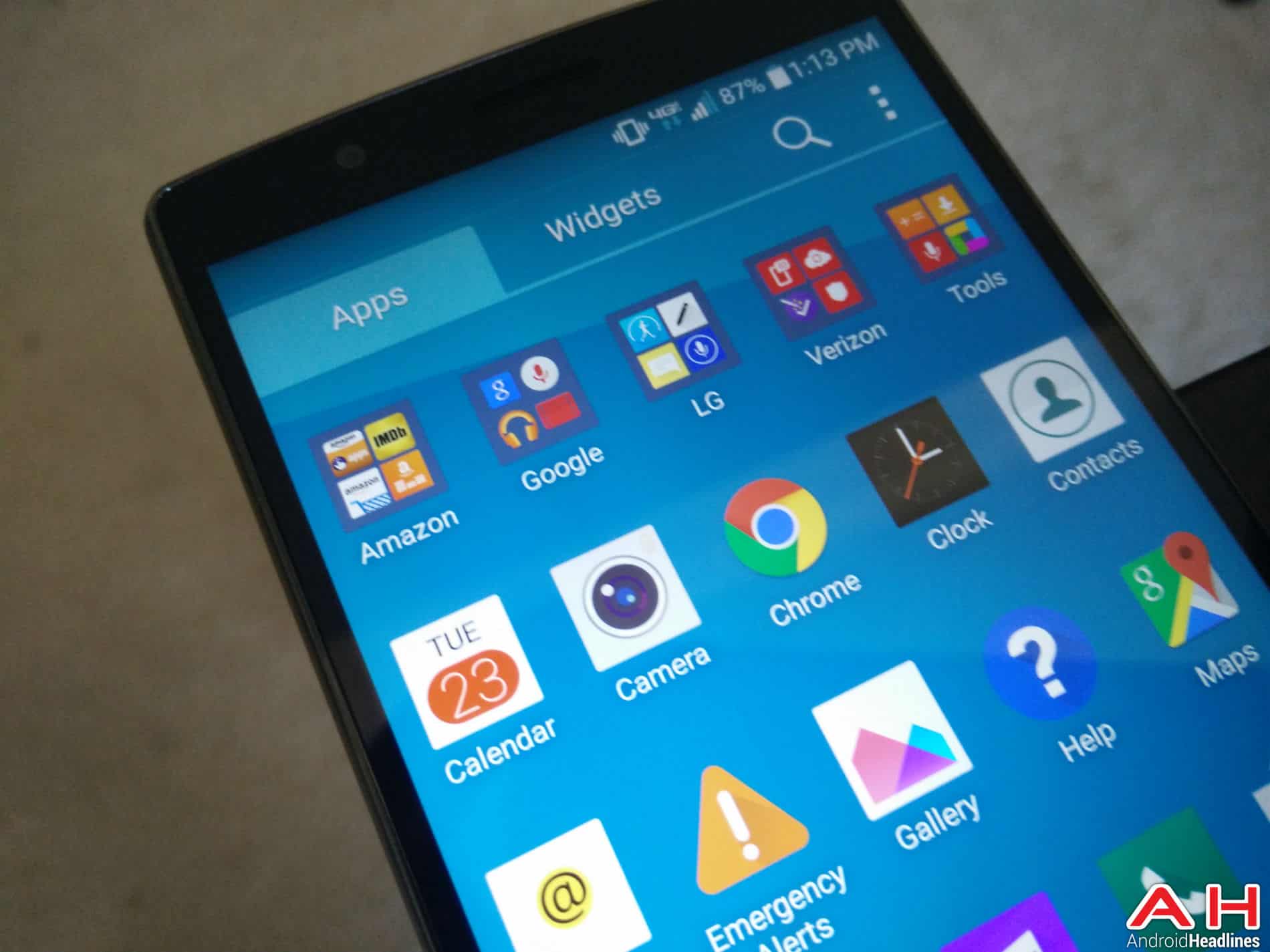 Like most manufacturers, LG is not one to offer a close-to-stock experience to their users and the G3 was a prime example of this. In many ways, the G4 is not massively different in this respect and still does apply a medium weighted skin over android. That said, in many ways the G4 does feel much lighter in terms of the software and is certain significantly faster when navigating. It is worth pointing out that on occasion Chrome seemed to stutter somewhat. It was not often, but did happen routinely enough to draw attention and just lacked a fluidity at times. Otherwise, there were no major issues noted with the software or its use when tested

Opening up the phone, the typical android layout is in effect with the main home screen. Swiping left brings up the all familiar LG Smart Bulletin, while swiping right will take you through some additional pages including the full-size Amazon widget page. 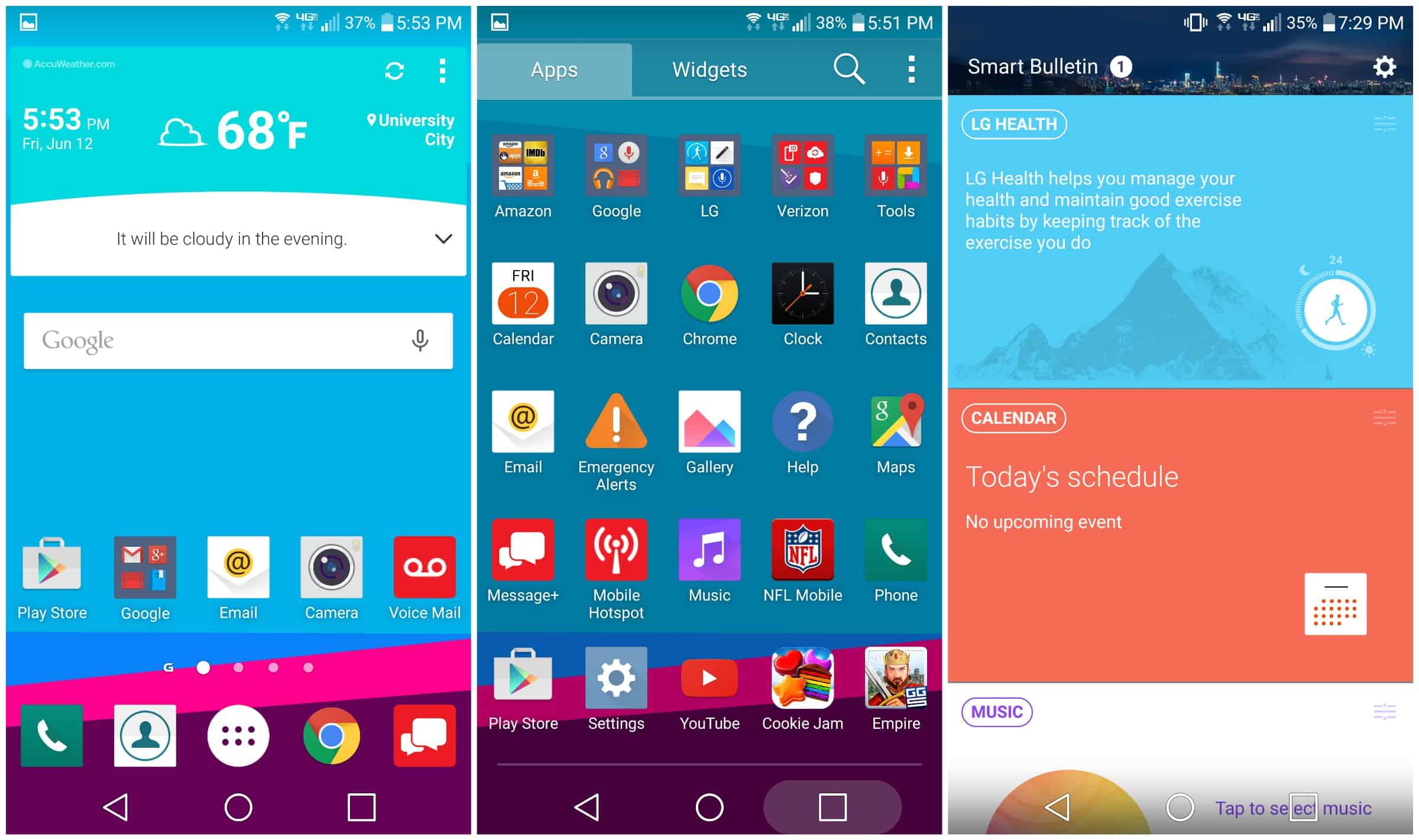 Moving to the app drawers and once again, things look quite familiar. With your base apps in place and folded where appropriate. As such, nothing too new. That said, this is Lollipop (Android 5.1 actually) and that does mean there are a number of the sought after Lollipop aspects in play. Icons are flat and colorful while the backend of the device (take this to mean settings and so on) are very much Material Design infused. 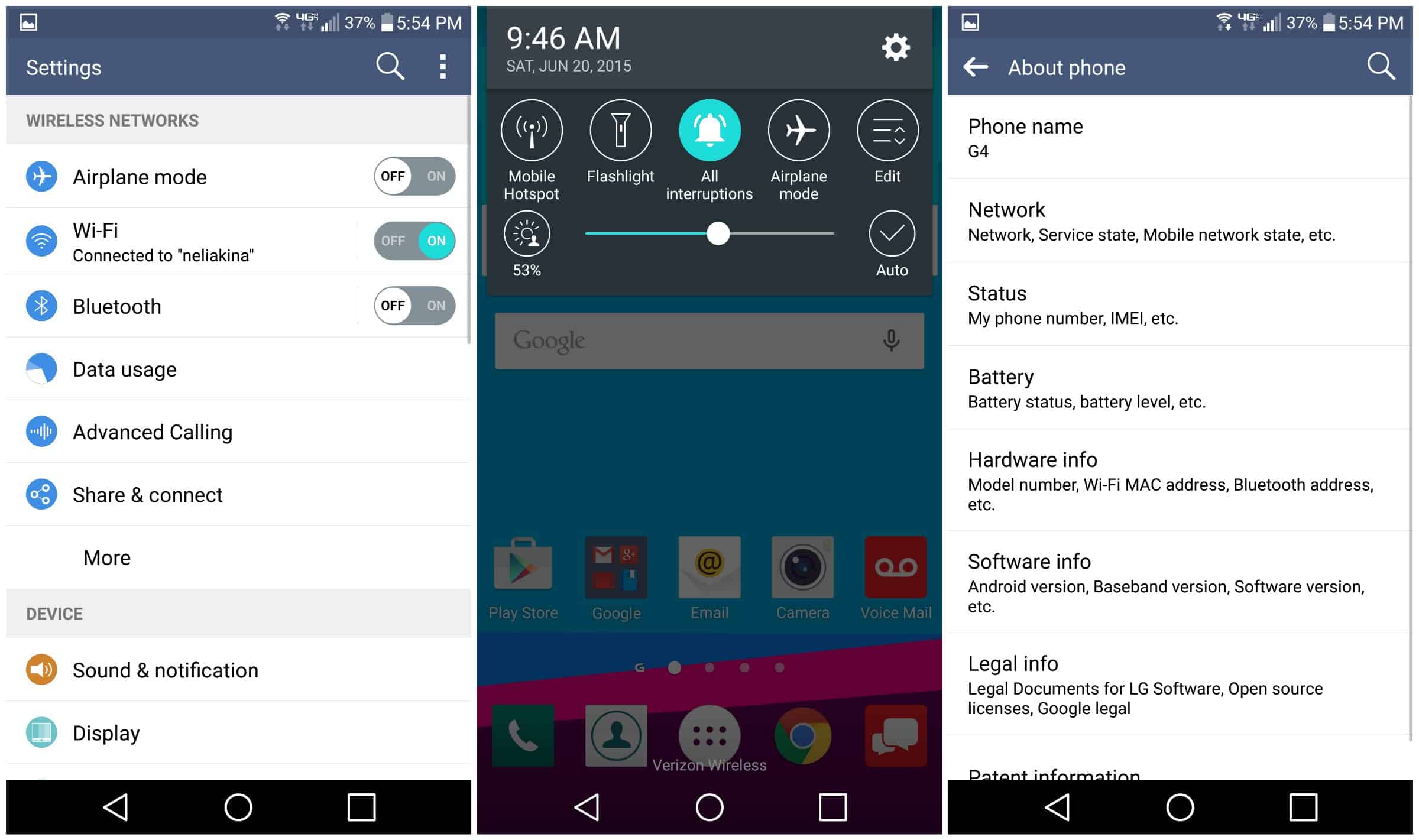 In terms of the more LG tweaks and aspects, for those that liked the LG additions on the G3, you will be pleased to know they are still here. As such, if you were a fan and user of LG Heath, Quick Memo+ or Quick Remote, then you will feel right at home. Not only are the apps correct and present, but they largely seem unchanged from the G3. 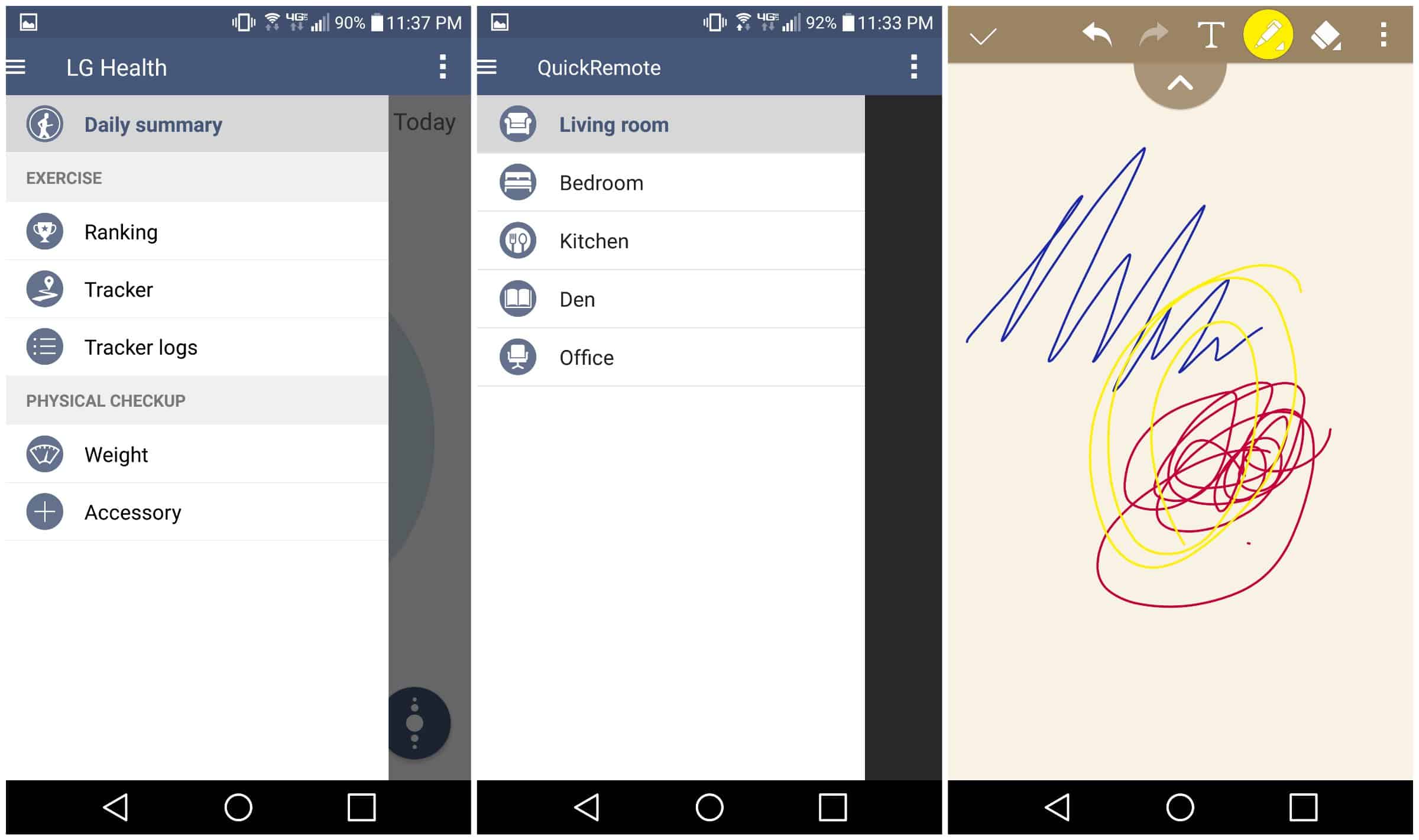 They are not the only apps on the G4 though and for those who are not particularly fans of pre-installed apps, then be warned, there is no escaping what seems to be a number of pre-installed apps on the G4. That is, on the Verizon model tested at least. Thankfully, they are (mostly) arranged in their respective folders out-of-the-box, so you can just ignore or delete for the most part. However, if you are looking for a clean app device, this will not be it. On this variant, there were five pre-installed apps listed under Amazon (Appstore, IMDB, Amazon Kindle, Amazon and Amazon Music). While LG have their selection on offer too and include the already mentioned LG Health QuickMemo, Quick Remote and Voice Mate. Not to be left out, Verizon have added a bunch too including Caller Name ID, Cloud, By Verizon Mobile, VZ Protect and VZ Navigator). 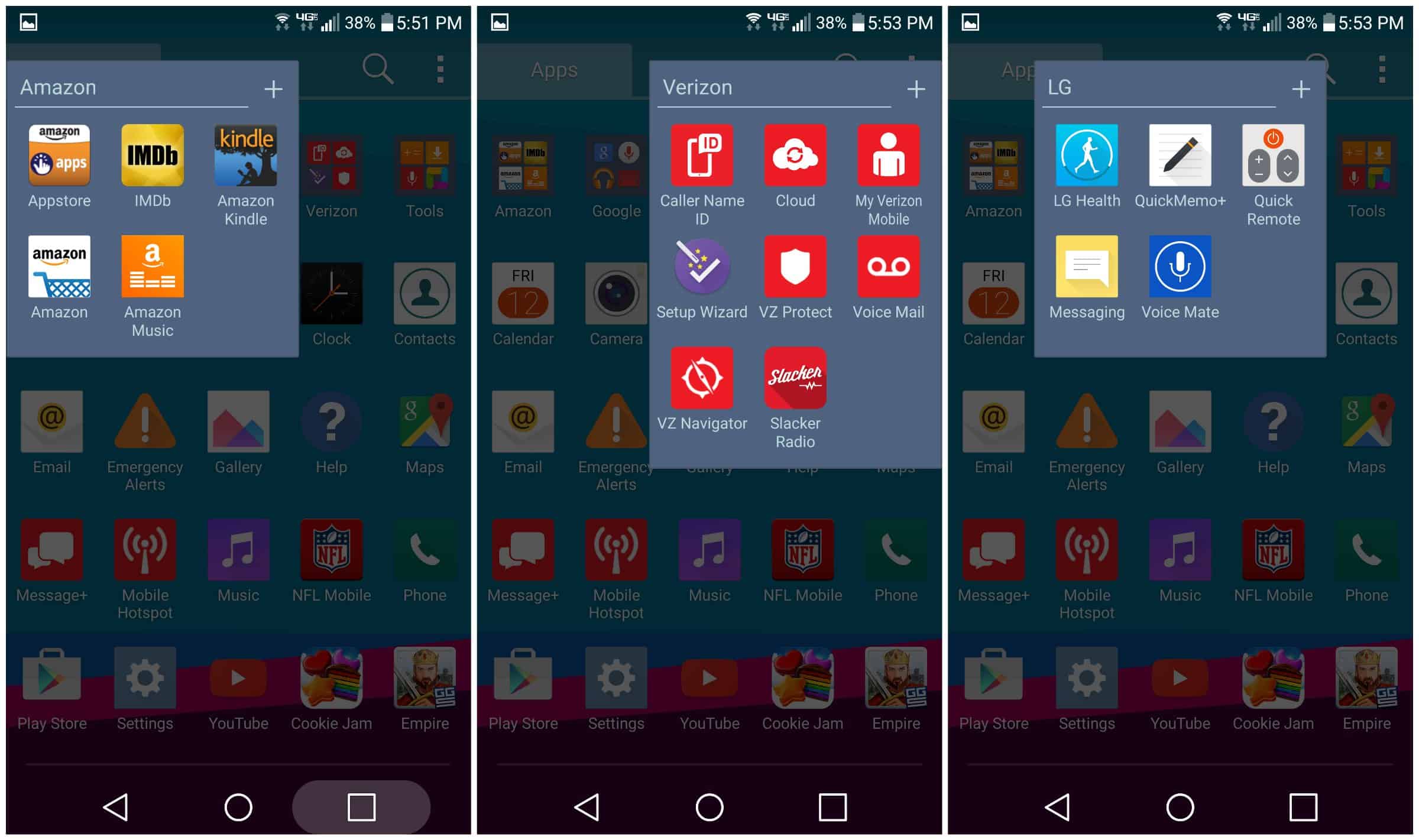 If all that was not enough then there are a few random games thrown in for good measure including Cookie Jam, Empire, Panda Pop, NFL Mobile as well as the Hotels.com app. So with the Verizon LG G4, you very much do get your money's worth in terms of pre-installed apps. 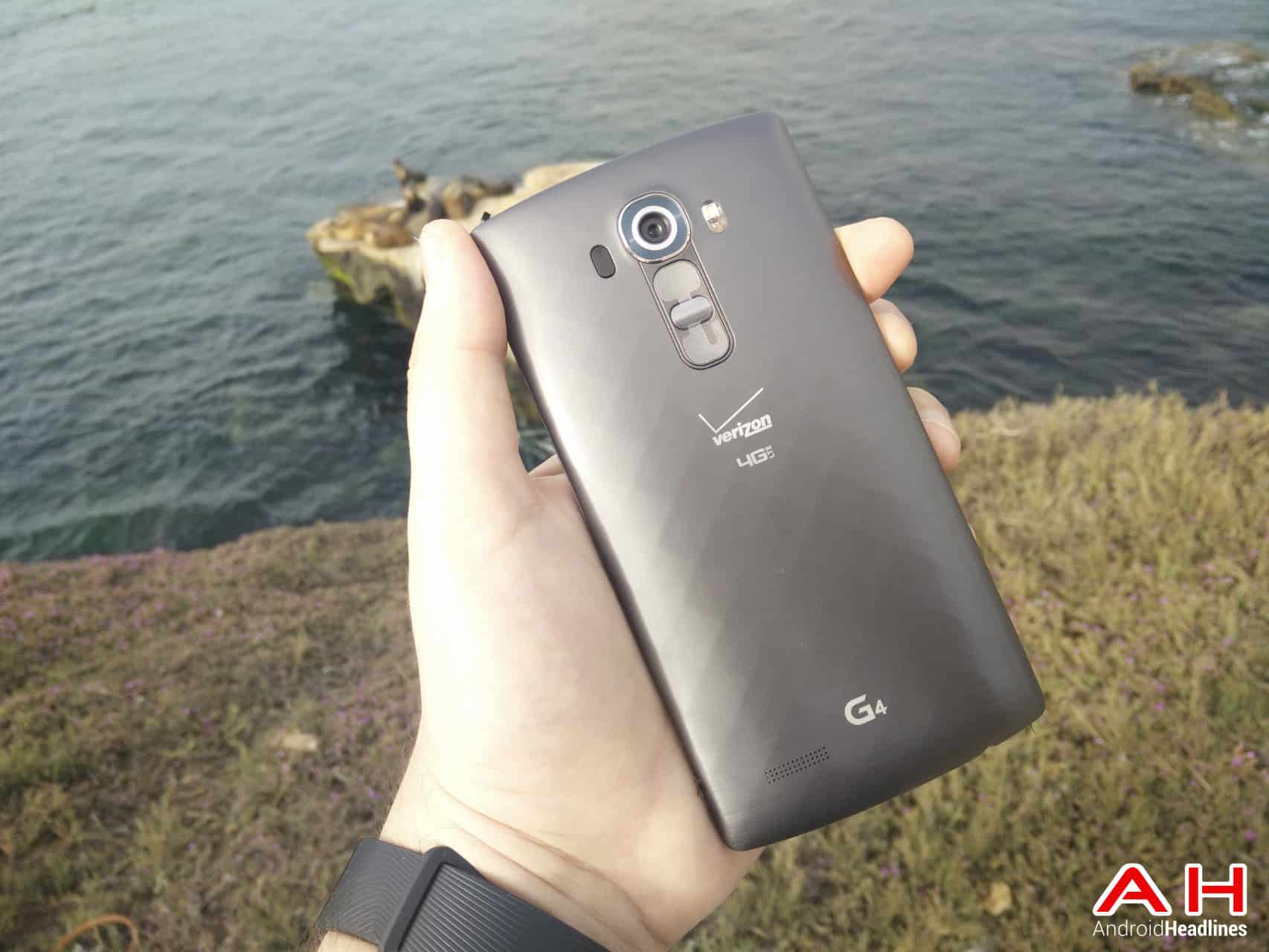 Battery life on the G4 was hoped to be one of the strong points of the device, thanks to the inclusion of a 3,000mAh battery. In short, there were no major issues with the battery during testing. The G4 will certainly make sure you get through the day without an issue. The battery is fine in this respect and constantly edged towards the two-day marker off charge and under normal usage. Screen on time was a little more standard though with the device generally offering just over the three-hour marker. This was for general usage without anything too demanding and bouncing between 4G and WiFi connections. 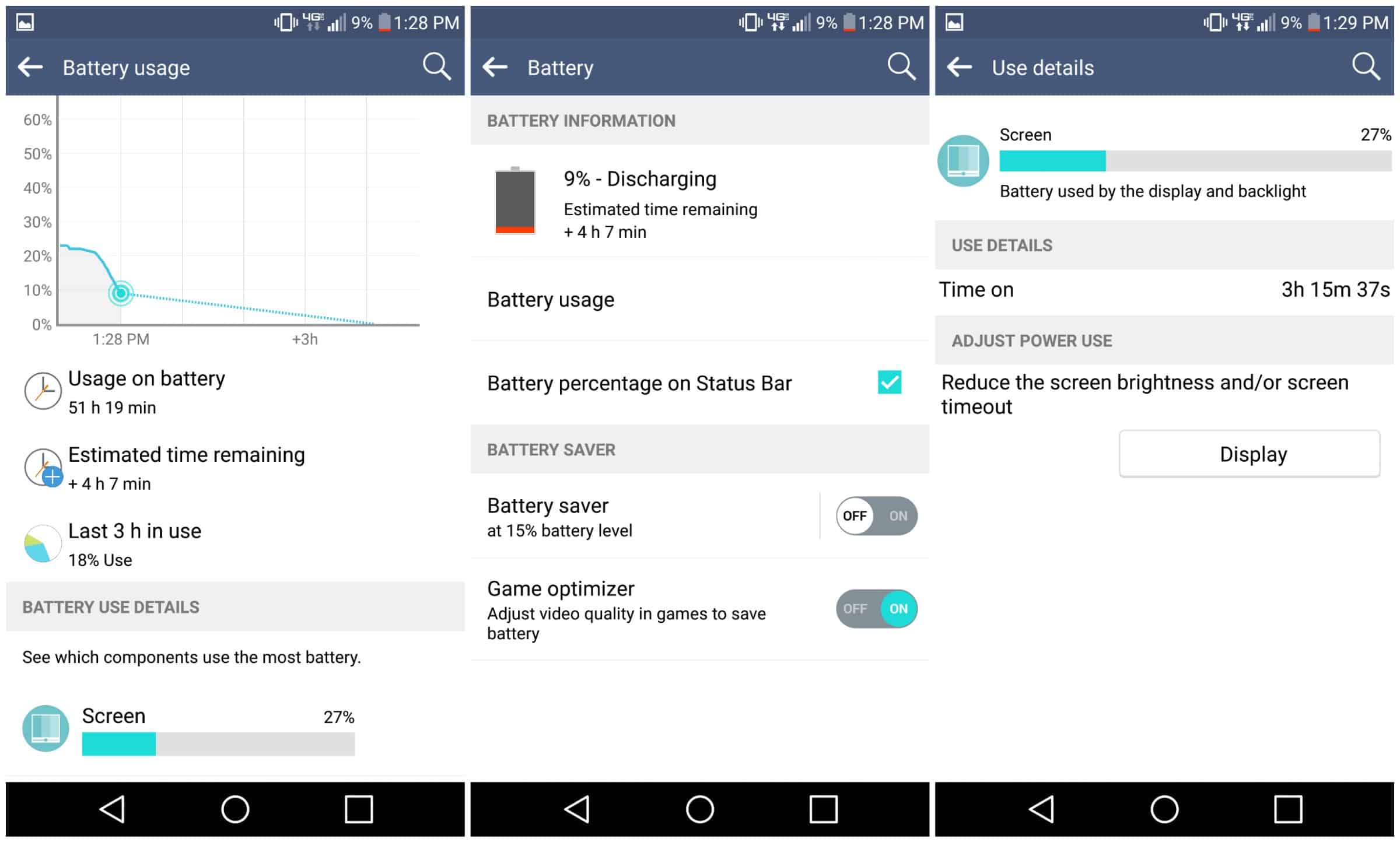 It is also worth pointing out that there were no major issues with the performance of the device. It has already been noted that occasionally Chrome seemed to stutter when being used and under more constant 'normal usage', the battery would run warm. Nothing too hot or worrying, but warm enough to be noticed and commented upon. In terms of charging the G4 typically recharged from empty to full in 60-90 minutes. 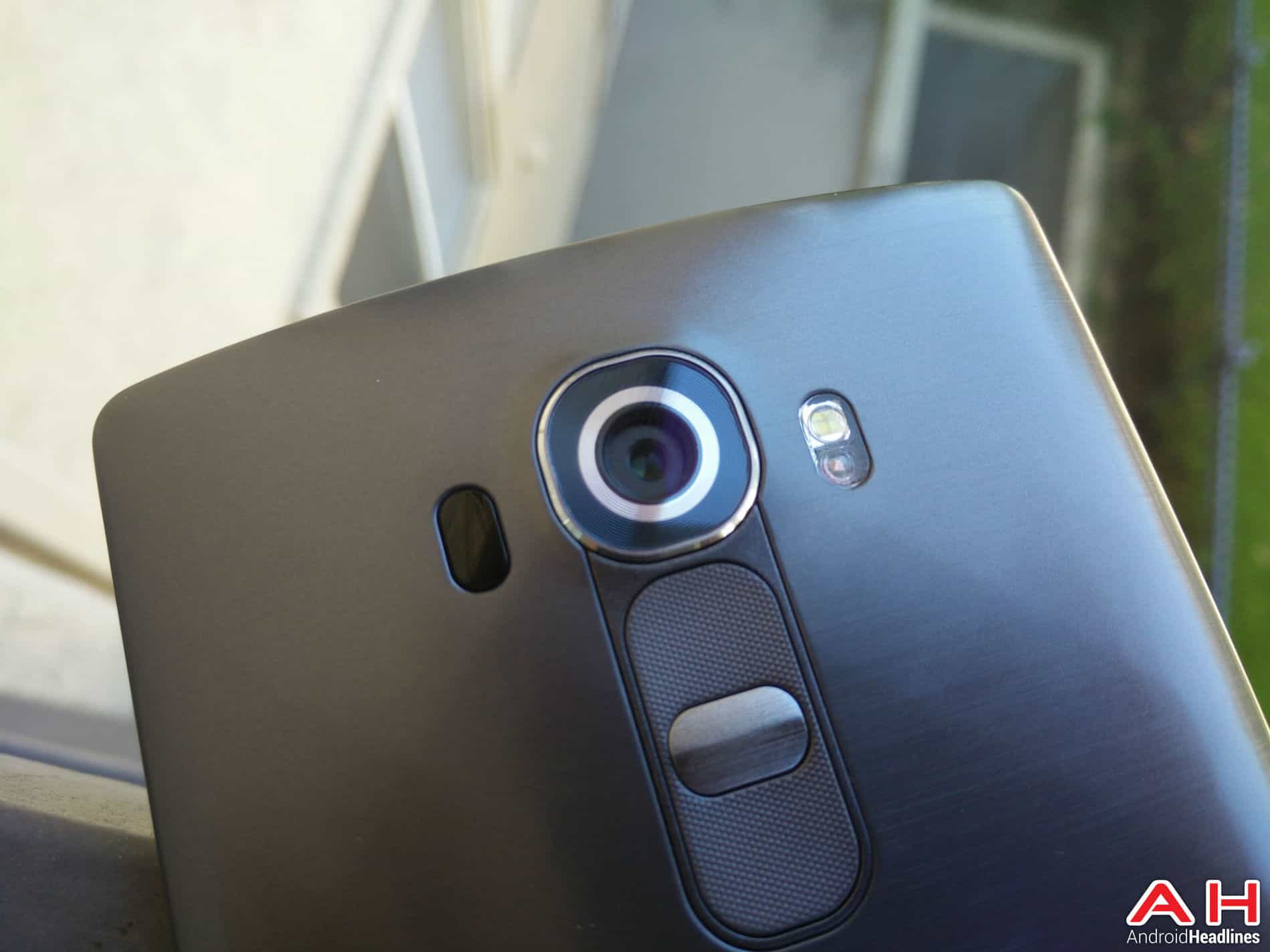 The camera on the G4 has been a massive talking point since the device was announced, thanks to the inclusion of a 16-megapixel rear camera. Not to mention, the first wave of reviews, including ours, made a note of how well the camera performs on the G4. In short, it really does. The camera is a significant improvement over the G3 and places the G4 (at least in terms of cameras) at the forefront of the smartphone front runners. It is difficult to choose between the camera on the G4 and that on the Galaxy S6 and either device will be sufficient for most of your camera needs. However, if a choice had to be made then the G4 would be the preference. Image quality is excellent and the camera performs extremely well in low-light conditions. Not to mention, the shutter speed on the G4 was super responsive.

You can check out a selection of the image taken with the G4 rear camera below. 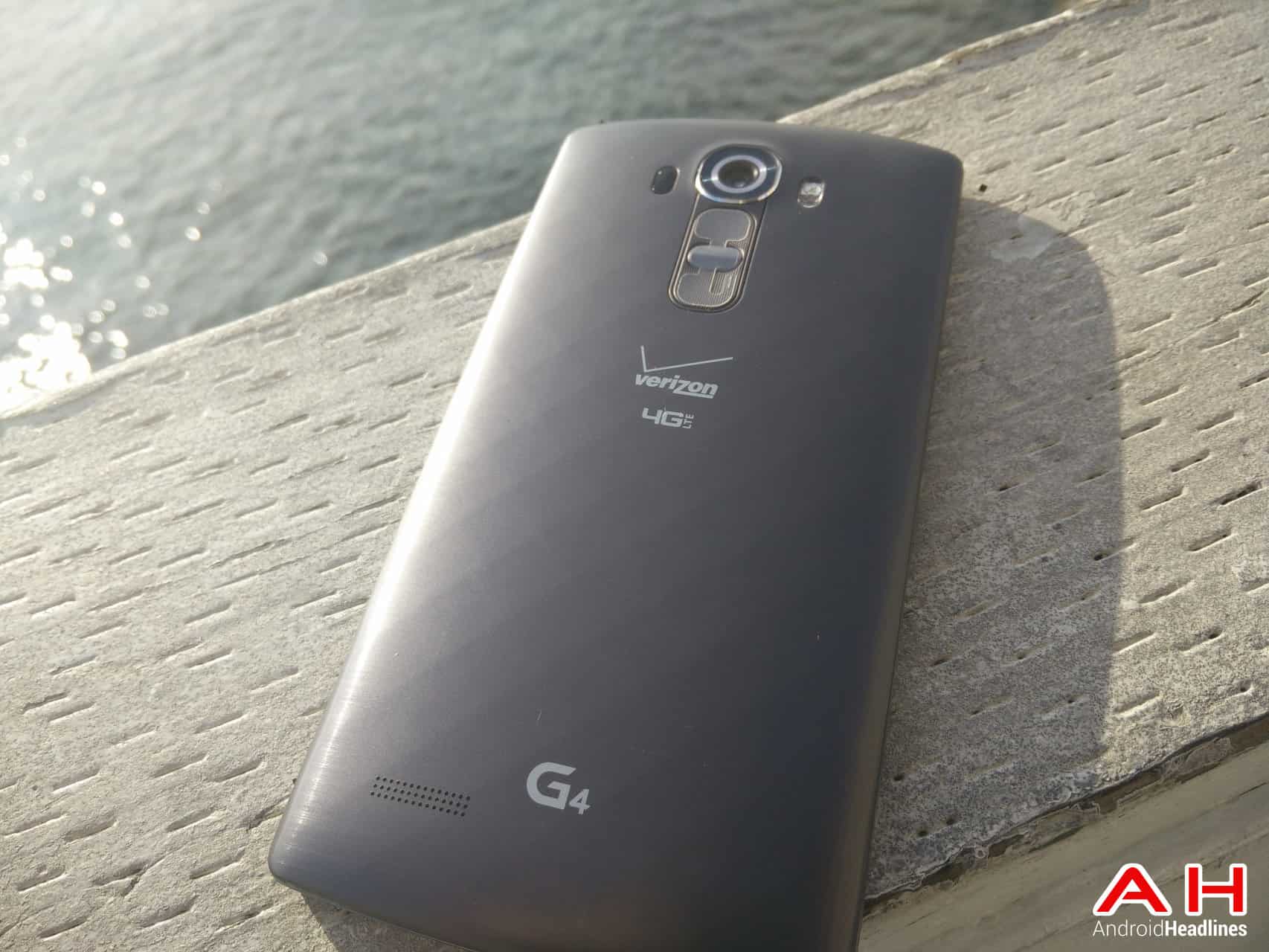 Personally, the G4 was the surprise device of the year for me. Although, many will have been expecting LG to up their game this year, others might not have expected as much and the truth is, until you hold the device and start using it, you do not realize how good it is. The LG G4 is certainly a device which firmly places LG on the map. For those who had not tried and found issues with the previous G device, a lot of those issues will be gone this year. The G4 performs extremely well and offers a real alternative to the Samsung Galaxy S6. This will certainly be a device you want to try before making your next smartphone purchase or upgrade.