Here at Android Headlines we cover every bit of Android. Whether that’s in the US market, the European market or even in the Chinese market. Just recently we attended Meizu’s latest launch event for the M2 Note in Beijing. The M2 Note is their successor to the M1 Note which was announced last December, and was actually rather impressive. We had a 5.5-inch 1080p display, along with 2GB of RAM, 16GB or 32GB of storage along with a 3140mAh battery. Many felt that the M1 Note had the best battery life in 2014, I’m not sure I’d go that far, but it did have some pretty impressive battery life. And it was priced at 999 Yuan, which is about $160 USD.

Is the Meizu M2 Note really worth the price? I sure think so, but we’ll be explaining that throughout this review. The Meizu M2 Note will be available outside of China. Although right now, it’s China only. As soon as we learn more about availability we’ll be sure to update this review. 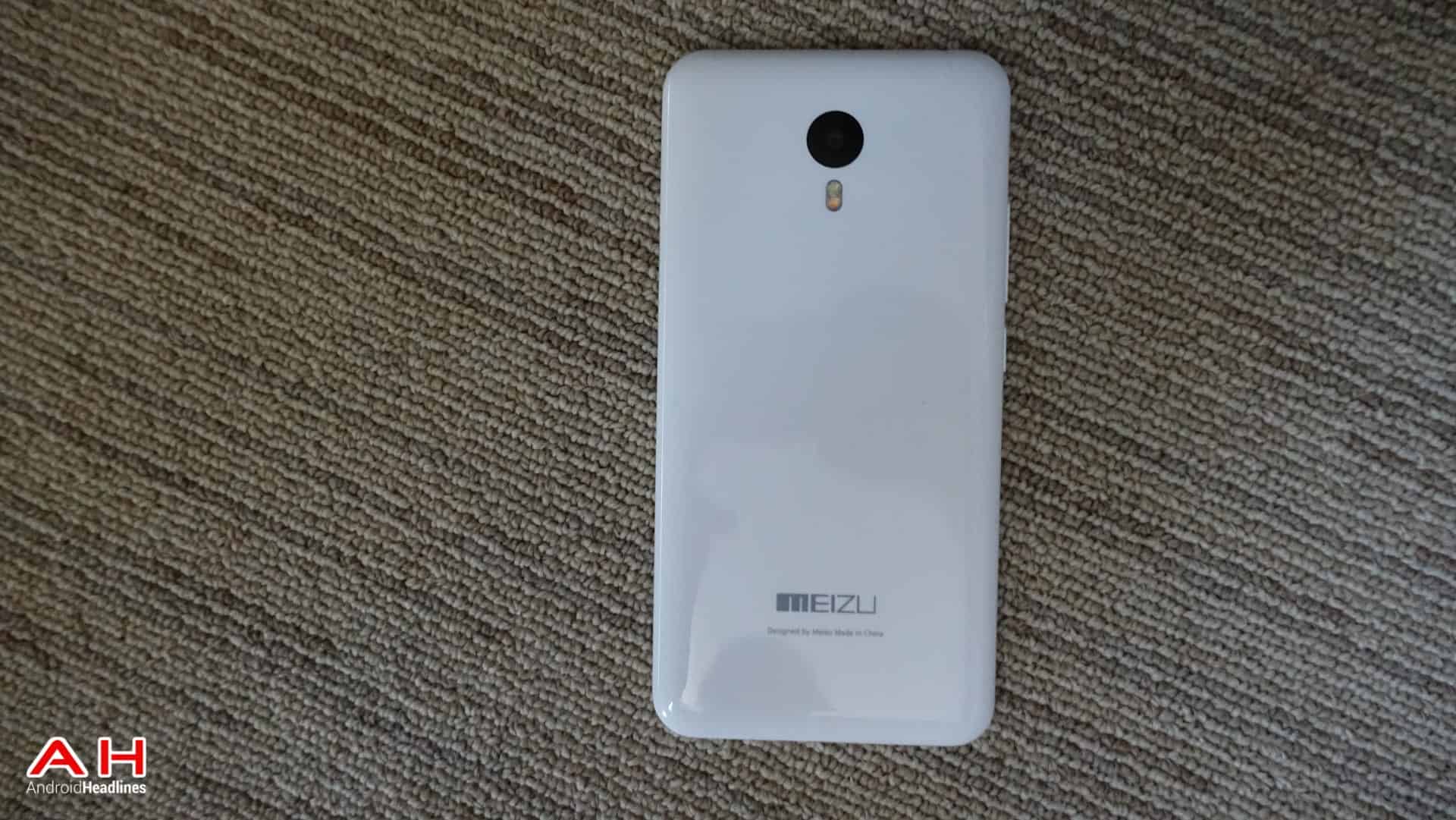 The hardware here is pretty interesting. Looking at it from the front, and it looks like just about any other Meizu smartphone – including the MX4 and MX4 Pro. Meizu has kept their physical home button, although they’ve fixed one of things that I disliked about their devices. And that was the back key. If you were in an app in Portrait, the OS would add a full bar at the bottom for the back button. Using up valuable screen space. Now, that’s no more. You can simple swipe back on the home button, or even just touch the home button to go back. Pressing the home button will take you home. Basically, it’s a touchpad all over again. Meizu is calling this feature “MBack”. In the MX4 Pro, they switched to a physical home button from a capacitive one. Which brought along the fingerprint reader, which did not make it into the M1 or M2 Note, for obvious reasons.

On the sides of the M2 Note, you’ll notice that the device is a bit curved, but it’s just the sides. Which actually makes it really comfortable to hold. The back is completely flat, so if you lay the phone on a table and try to type on it, it won’t wobble like other phones do. For example, the LG G4 and Google Nexus 6. The M2 Note comes in a variety of colors, while the other colors are matte, the white is a glossy plastic. Not my favorite texture, but it could be worse. 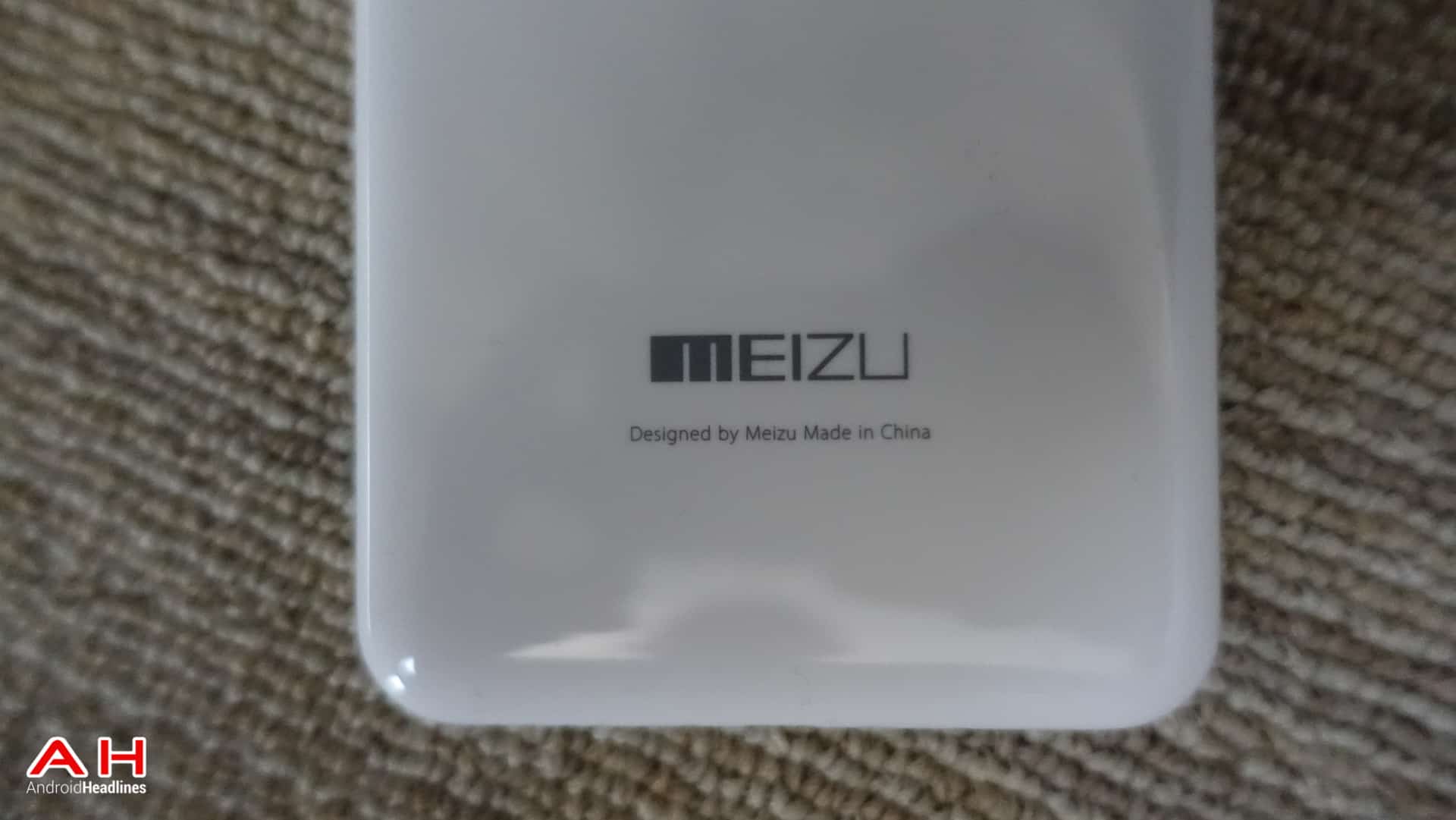 The back also has a 13MP camera, sourced from Samsung, along with a dual flash. The pictures it takes are actually quite good. And that is surprising, considering this being a $130 smartphone. We’ll talk more on the camera further down in the review though. On the left side is the power button and volume rocker, and the right side has your SIM card slot. Now this is a dual SIM device, dual nano SIM. The first nano SIM card slot can double up as a micro SD card slot as well. Which is something we’ve started seeing coming out of China. So you can do two SIM cards, or a micro SD and a SIM card. Unfortunately you can’t do dual SIM and micro SD card though.

What we usually run into with these sub $150 smartphones, is that they feel cheap in the hand. The Meizu M2 Note does not feel cheap. Of course, we’d rather have the device made of metal or glass like the Galaxy S6, or Xperia Z3, but that’s hard to do at that price point. 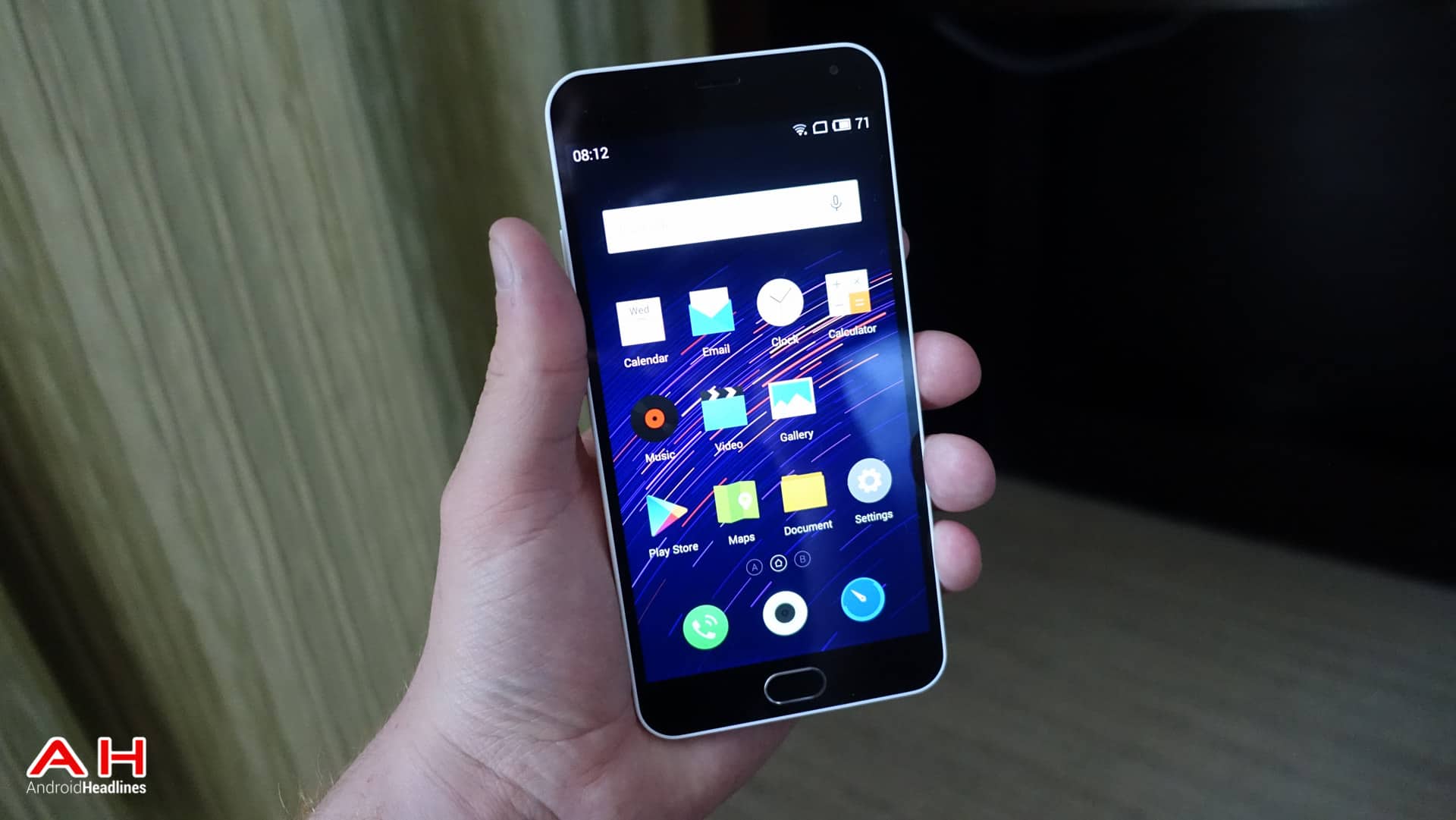 Meizu has put a 5.5-inch 1920 x 1080 resolution display on the M2 Note. It’s a pretty good display, it’s not going to compete with the QHD displays of the LG G4, Samsung Galaxy S6 and others. But it’s not meant too. It’s a great panel, with very accurate colors. The brightness on the panel can also go very low, and also go very high. Which is great for when you’re in a dark room and then go outside into the sunshine. As you still want to be able to see your device when you are outside.

We have the MediaTek MT6753 processor in here, which is an octa-core processor clocked at 1.3GHz. It’s a Cortex-A53 as well. Paired with 2GB of RAM. And it runs just fine. I haven’t felt it overheat at all, even while playing games. It hasn’t stuttered, it’s definitely held its own in day-to-day use for me. It’s not the most powerful processor out there, but again, this is a $130 smartphone from Meizu, not a $500+ phone. So I wouldn’t expect it to outperform the likes of Samsung, LG, Sony, HTC, or even Meizu’s own MX4 Pro. 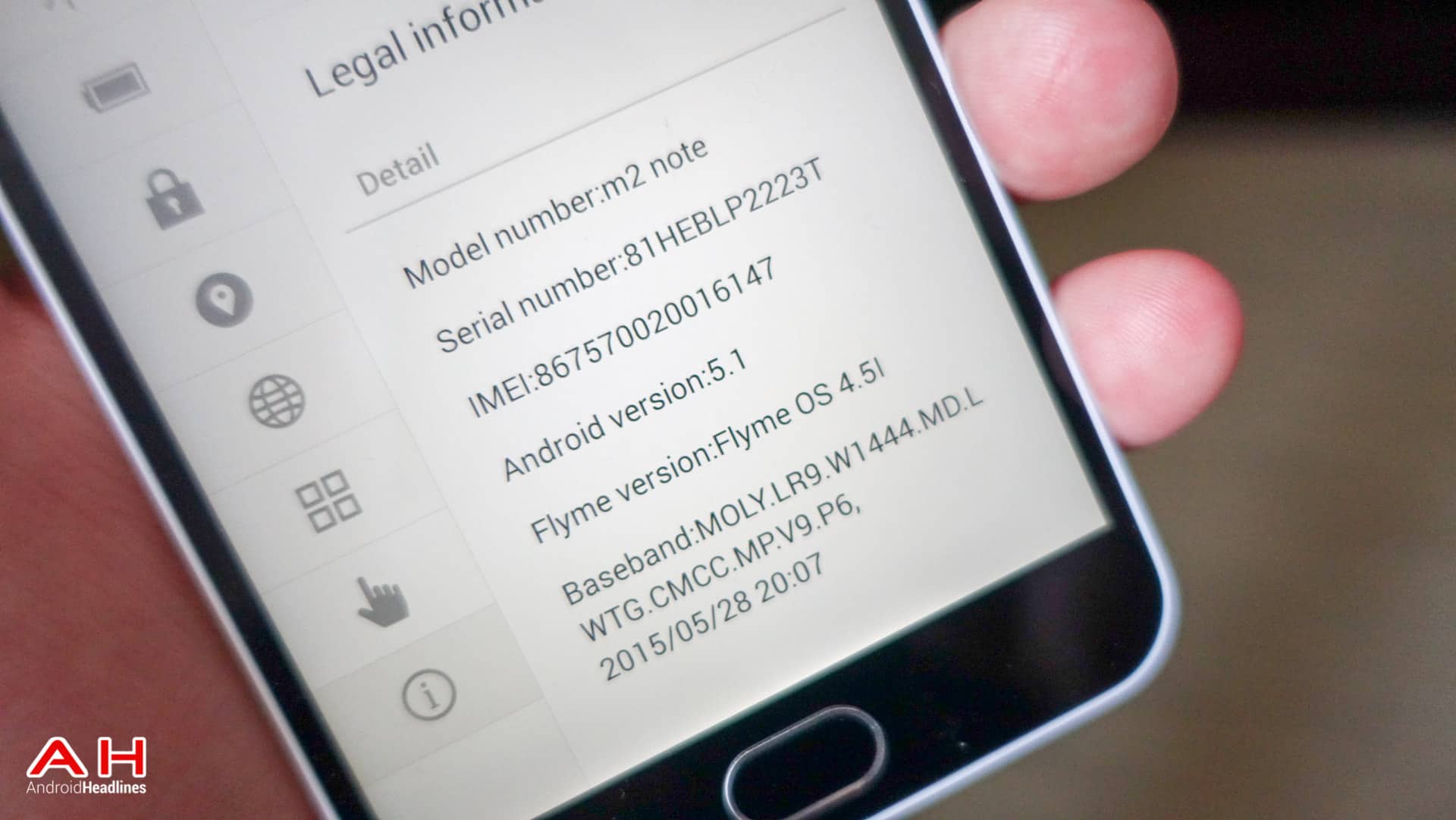 Here’s where things get interesting. Since Meizu is a Chinese company, obviously their OS is built for the Chinese market. Something I’ve noticed with most manufacturers in China is that their skins do not have app drawers. All your apps are on the screen, similar to iOS. Meizu’s Flyme OS is the same way. Everything is on your home screens. That’s not a huge deal, since you can throw stuff into folders and get them out of the way. One of the very few annoyances I have with Flyme OS is the fact there’s no settings shortcut in the notification pull down. So when you pull down the notification tray, there is a switch in the upper-right-hand corner which allows you to open the rest of the quick settings. And if there are notifications present, there is also one to clear them away. And that’s about it. No Settings shortcut. While that’s not a huge issue, it’s still one I hope they fix in the near future. 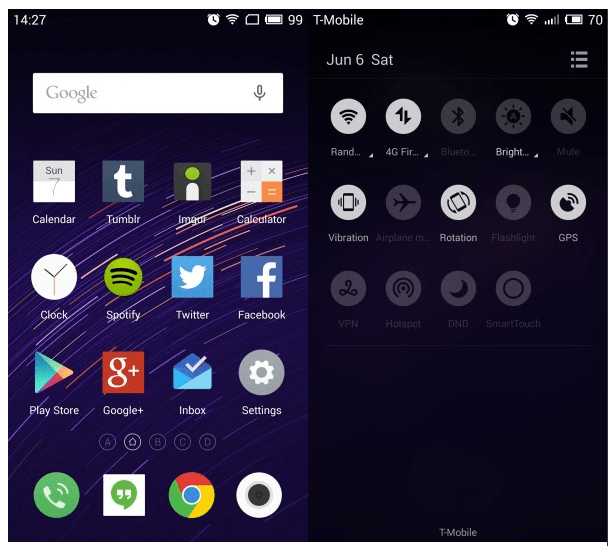 Flyme OS hasn’t changed that much from the M1 Note and even the MX4 Pro. Although it is now running Lollipop, in fact it’s Android 5.1 Lollipop. Which is definitely nice to see. Especially after Huawei just launched a phone that costs twice as much with KitKat. Unlike Xiaomi’s MIUI, expanded notifications do work on Flyme OS, which is a great thing.

Another thing most users will ask about is, where is the data usage information. In most other phones, Data Usage is shown in the settings. Under the Wireless & Networks section. But not on Flyme OS. Instead it’s inside the Security app along with a few other features. In the app, you are able to clean up your cache and clear unwanted files to clear up space, as well as clear apps that you don’t use much. There’s also a virus scanner in there, but that’s not needed on Android. As well as power saving for the battery. All pretty nice additions to Flyme OS. 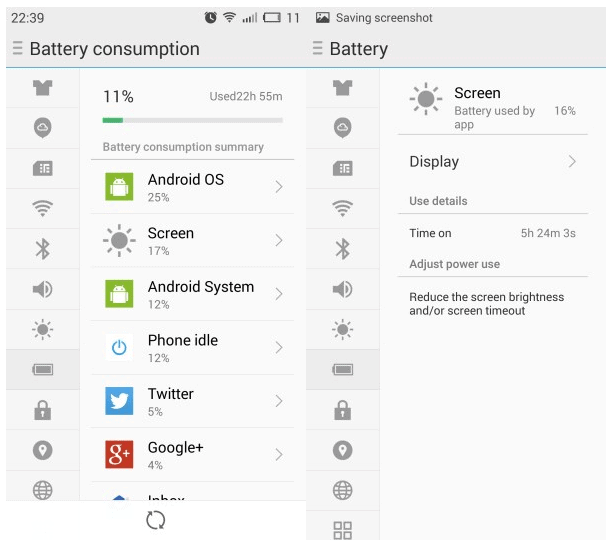 So here we have a 5.5-inch 1080p display, along with a 3100mAh battery inside. You’d expect it to last quite a while right? Especially with a 1.3GHz processor. You’d be correct. The Meizu M2 Note will last you all day long and then some. As you can see from the screenshots above, I was able to get over 5 hours of on screen time, with the device off the charger for almost a full 24 hours. Not bad at all. There are some high-end smartphones that can’t even do that. 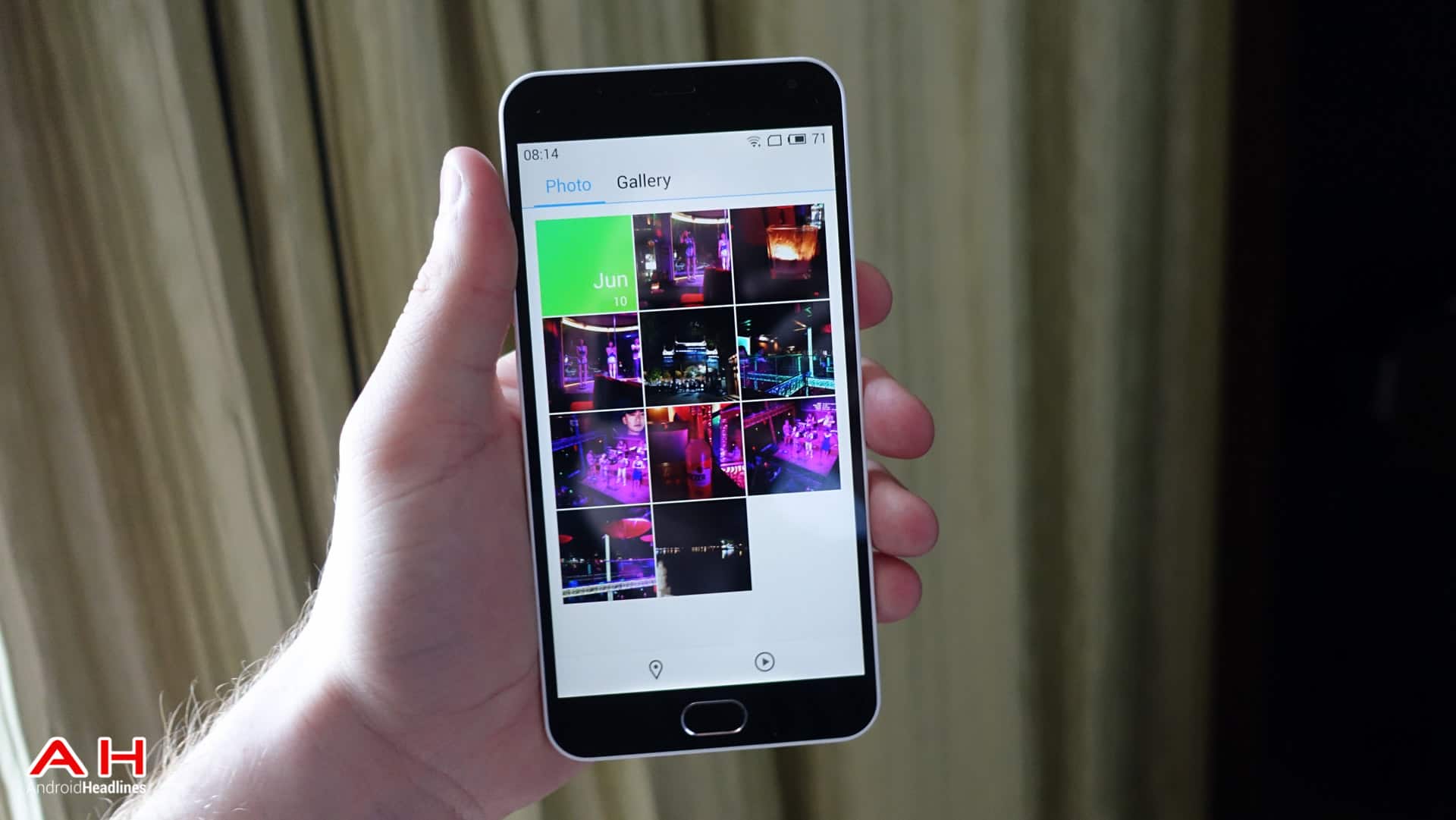 Meizu’s camera on the M2 Note is quite good, it’s a 13MP camera here, which does include HDR, but only 1080p video unfortunately. There’s also plenty of modes included, like Auto, Manual, Beauty, Panorama, Light Field, Scan, and Slow Motion. Obviously, the scan is for scanning barcodes and such. It’s nice that is built into the camera. The camera does take some pretty nice shots. I got quite a few shots while I was in Beijing, and was pretty impressed. I also took a few shots here in the US, once I got back, and those were equally impressive. You can check them all out in the Flickr gallery down below. 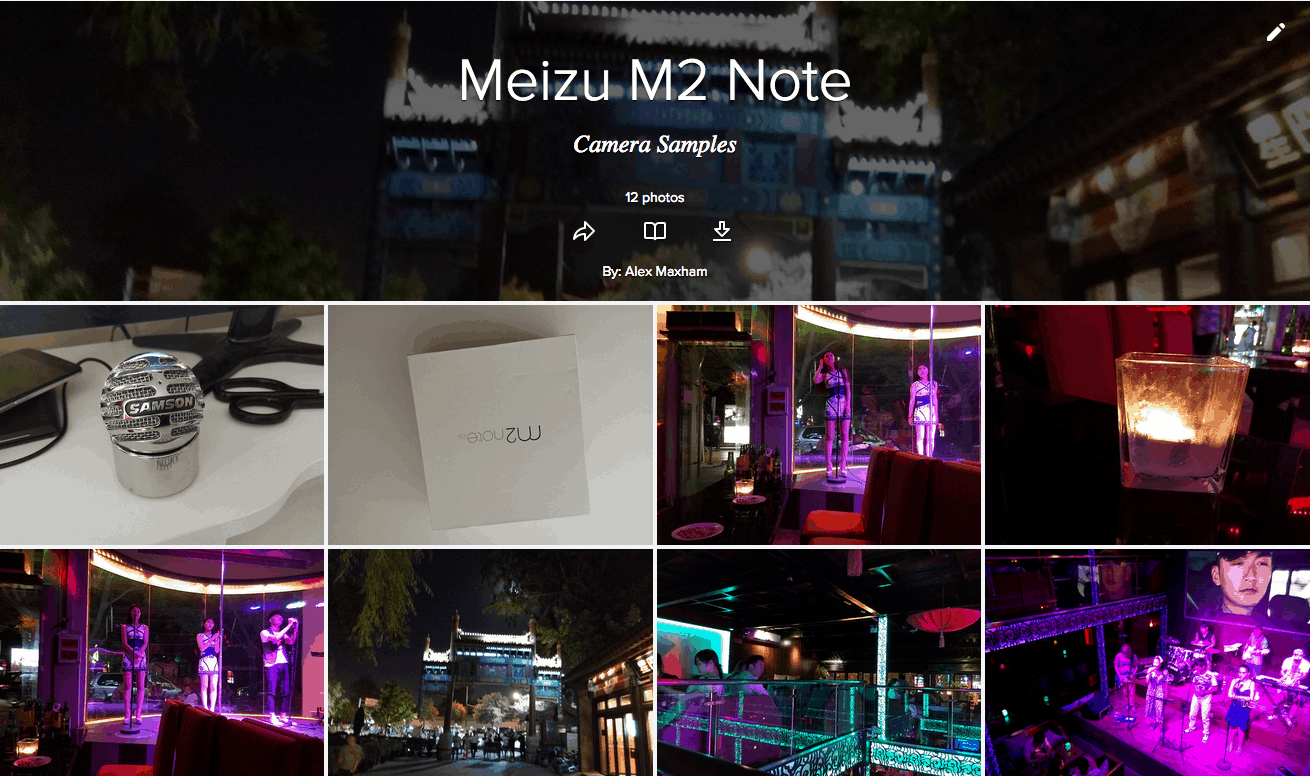 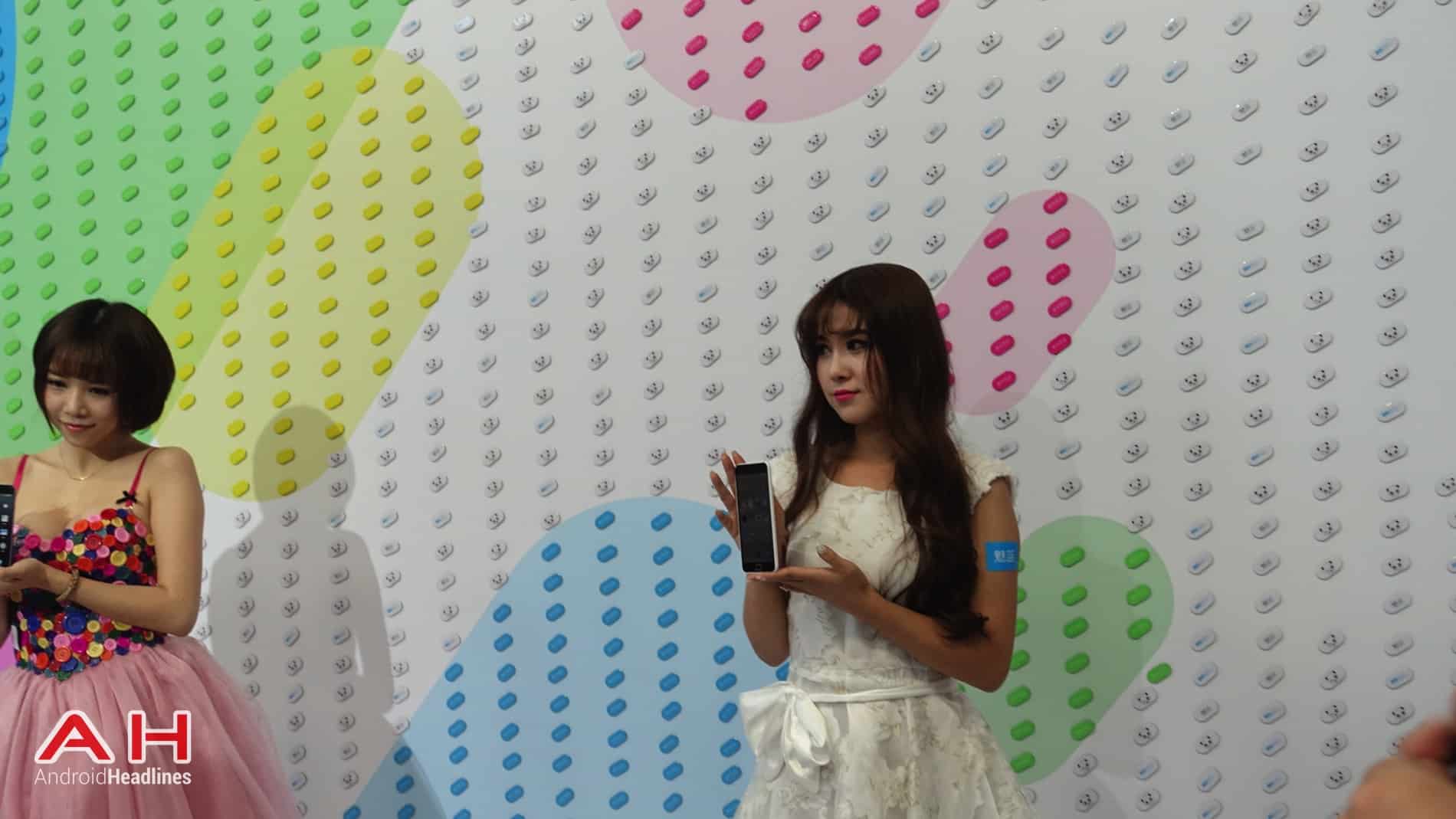 Here we have a smartphone that has better specs than Motorola’s Moto G and costs less. Is it really worth your money? I’d definitely say so. The M2 Note is a great looking smartphone and can get everything you need done. With its 16GB or 32GB of storage, along with a microSD card slot that can support up to 128GB of storage, it’s pretty much a no brainer. If you’re worried about the fact it’s a Chinese phone, which means no Google apps, don’t be. You can easily flash Google services onto the device, and our unit actually came with them pre-installed.

We have a feeling Meizu is going to have a pretty big year this year, after having a successful MX4, MX4 Pro and M1 Note launch last fall. We’re definitely excited to see what Meizu has to announce next, hopefully it’s the MX5 we’ve been seeing leaked everywhere.