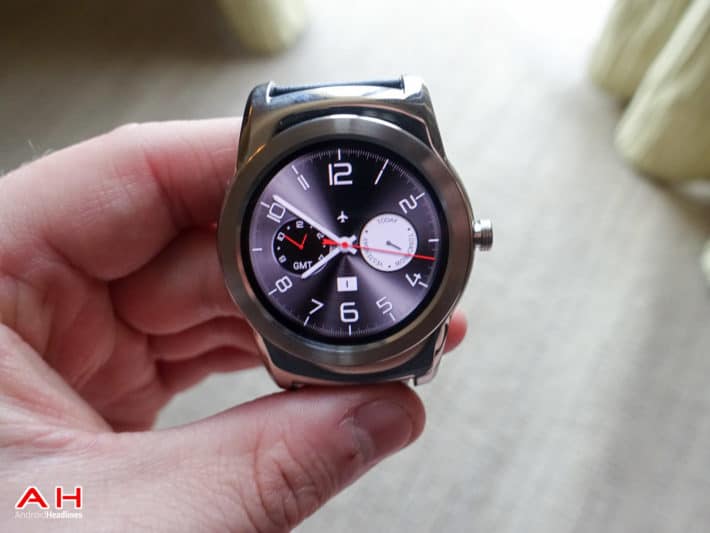 This past week, Google I/O marked the one-year anniversary of Android Wear. Well not technically, since Google I/O was in late June last year. But if you look at the progress Android Wear has made since it launched at Google I/O 2014, it's pretty amazing. We started with two smartwatches, and now we have 7, with another on its way, from Huawei. The LG Watch Urbane is the company's third smartwatch, following the LG G Watch and G Watch R. And actually, LG has another one as well, the Watch Urbane LTE, which runs on WebOS.

Each smartwatch that LG has made, has improved in key areas, and the Watch Urbane is no different. One of the biggest complaints about the LG G Watch R was the huge bezels on the sides. While the Watch Urbane isn't that much smaller, it seems like it's a whole lot smaller. The Watch Urbane is also the first Android Wear smartwatch with Android 5.1.1 – even though others are getting their updates now. 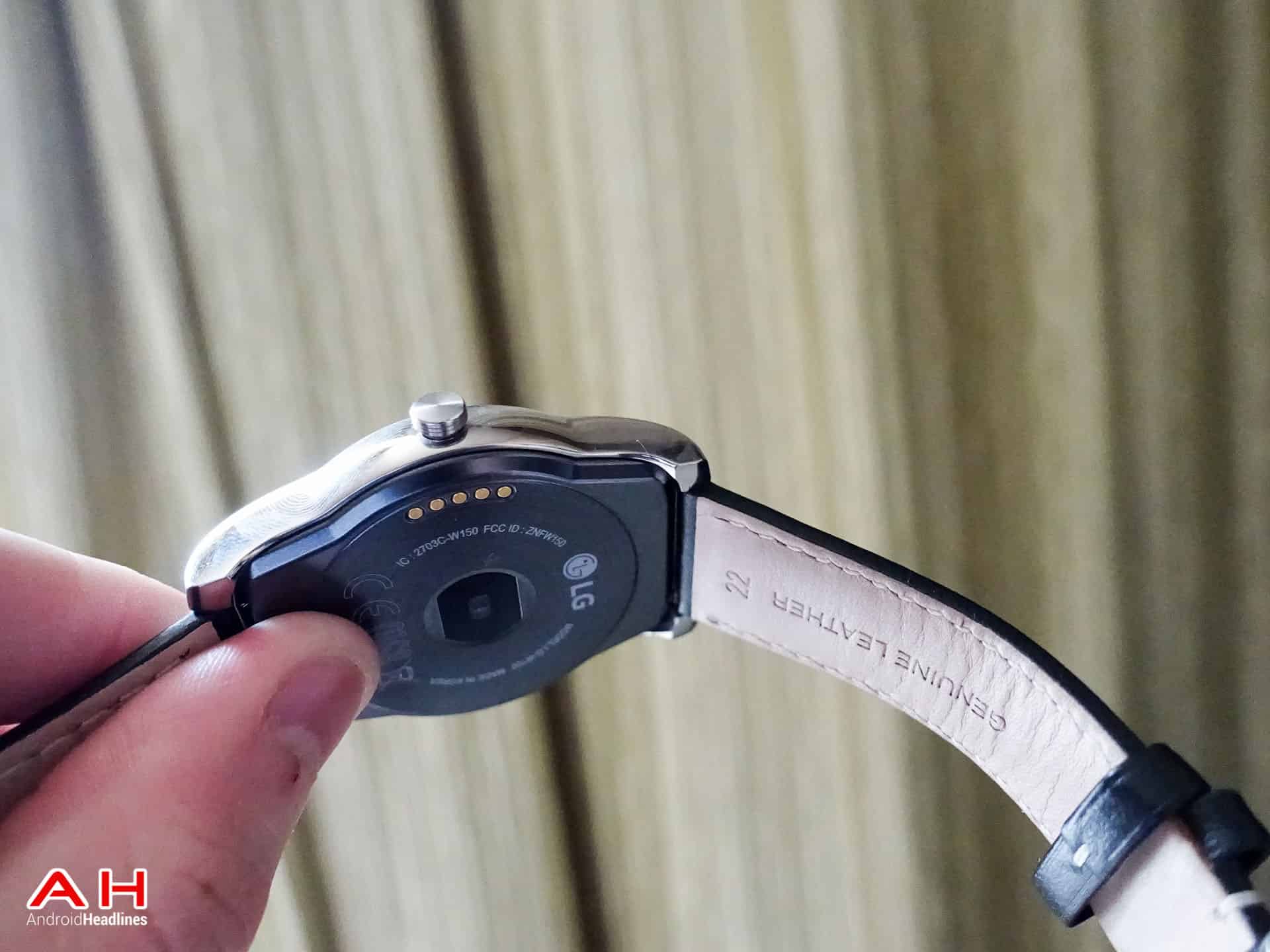 Arguably, the hardware is the biggest part of the Watch Urbane. Pretty much every Android Wear smartwatch has the same specs, featuring a Qualcomm Snapdragon 400 processor, 4GB of storage along with 512MB of RAM. Where things change is the display and the look of the watch. LG has a round P-OLED display (the same type of display used on the LG G Flex 2) which is about 1.3 inches, and has a resolution of 320×320. There's also a 410mAh battery inside  to keep the smartwatch running all day – which it does quite well, but more on that in the battery section below. 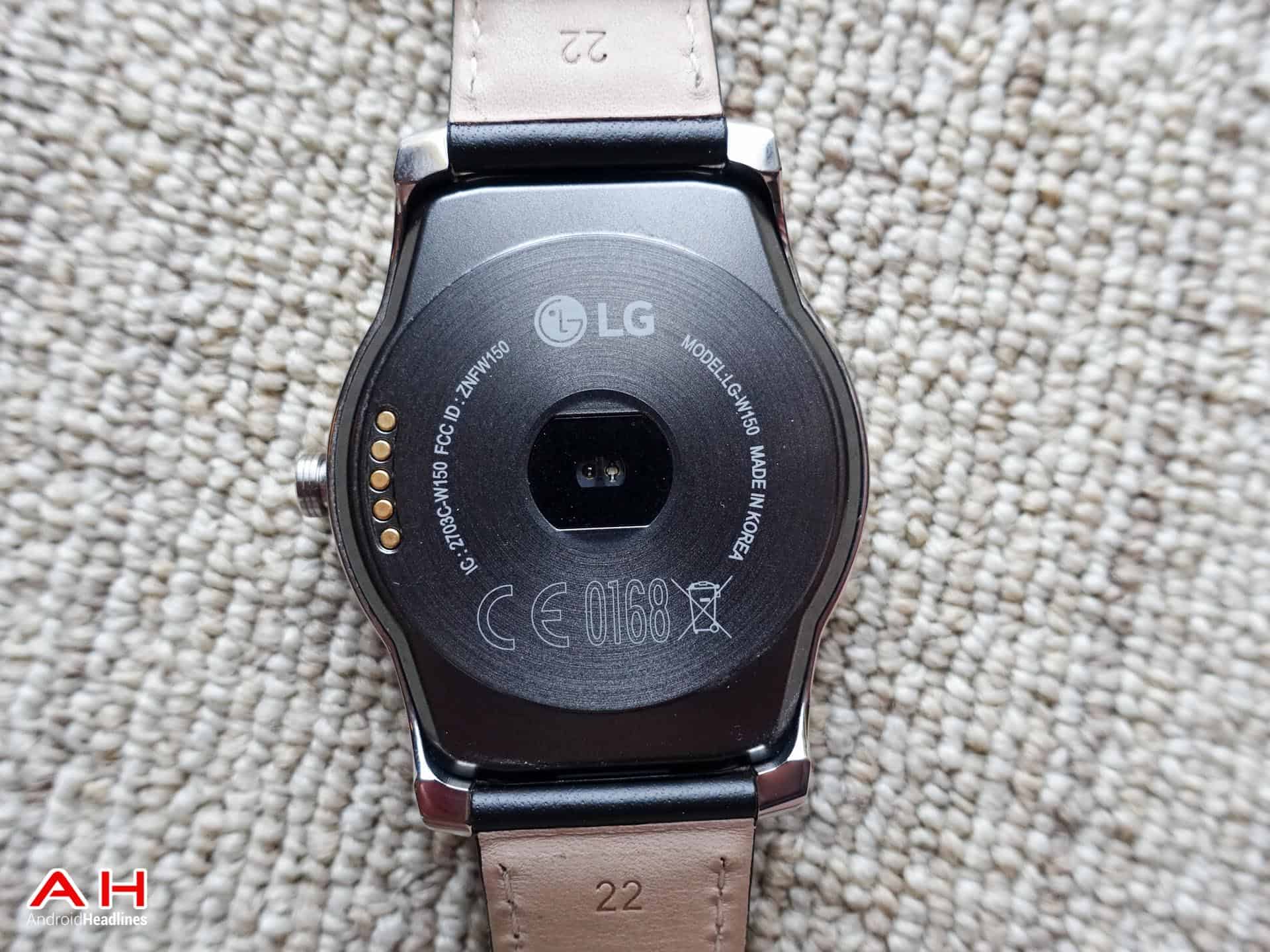 The LG Watch Urbane comes in silver and gold, obviously the unit we have is the silver one. And personally, I think it looks better. But to each their own. While it looks like it might be a pretty heavy smartwatch, it actually isn't. On the side that faces you, there are two microphones there. Which does improve how well voice actions work. With smartwatches, that's actually a pretty big deal. There's also a button on the side, which Apple has some special name for. On LG's Watch Urbane, it's used just to wake up the watch or put it to sleep. Much more useful in my opinion. 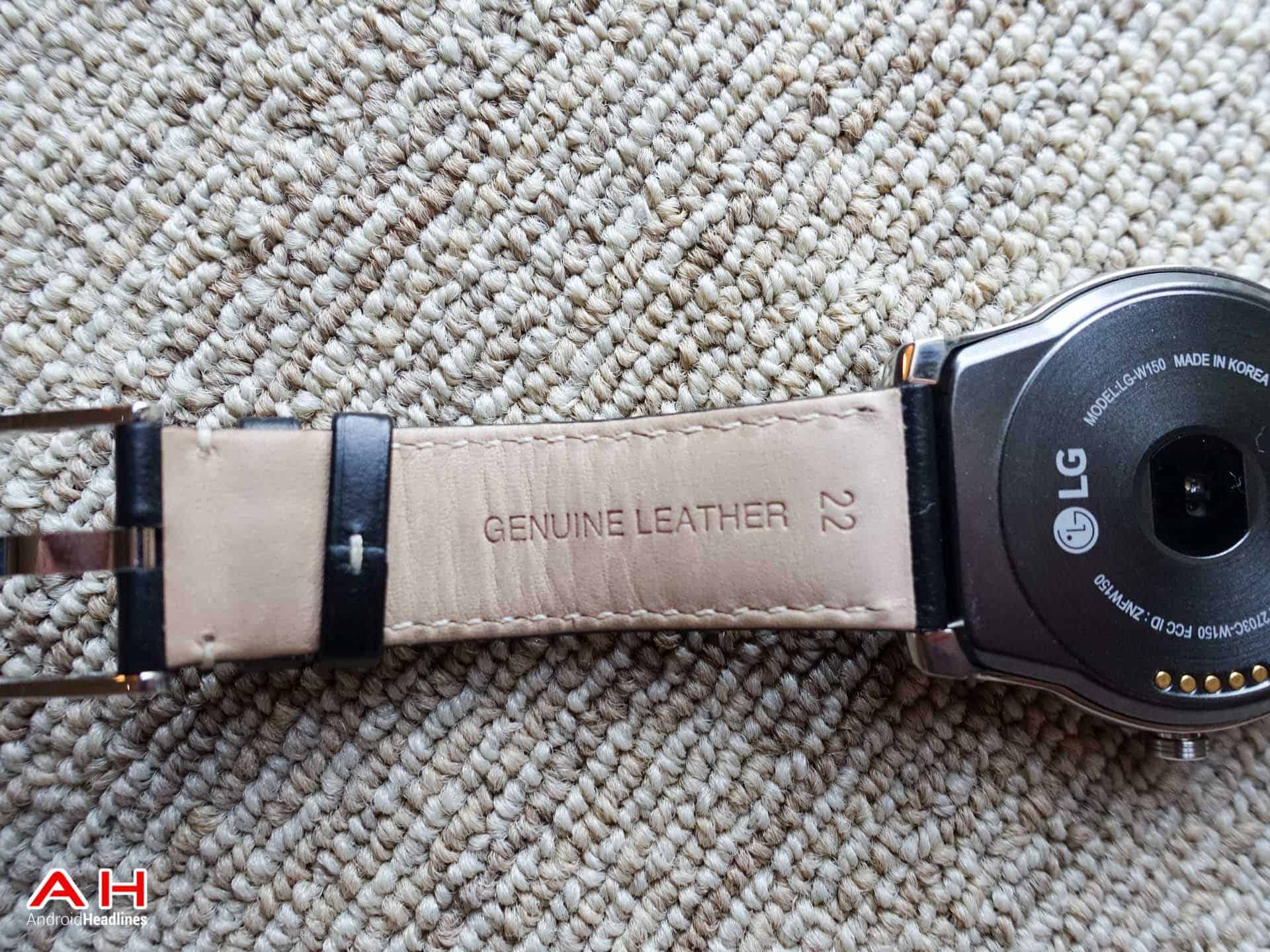 It comes with a leather strap, the silver one has a black leather strap with white stitching. It looks amazing, but I'd say it's not as high-end as you'd expect. I feel like the leather straps that come with the Moto 360 are a bit higher-end and nicer than what LG has bundled with the Watch Urbane. But that's not a huge deal, as you can remove the strap and replace it with any other strap. Although for $399, you'd kinda expect it to be a pretty high-end strap for that watch. 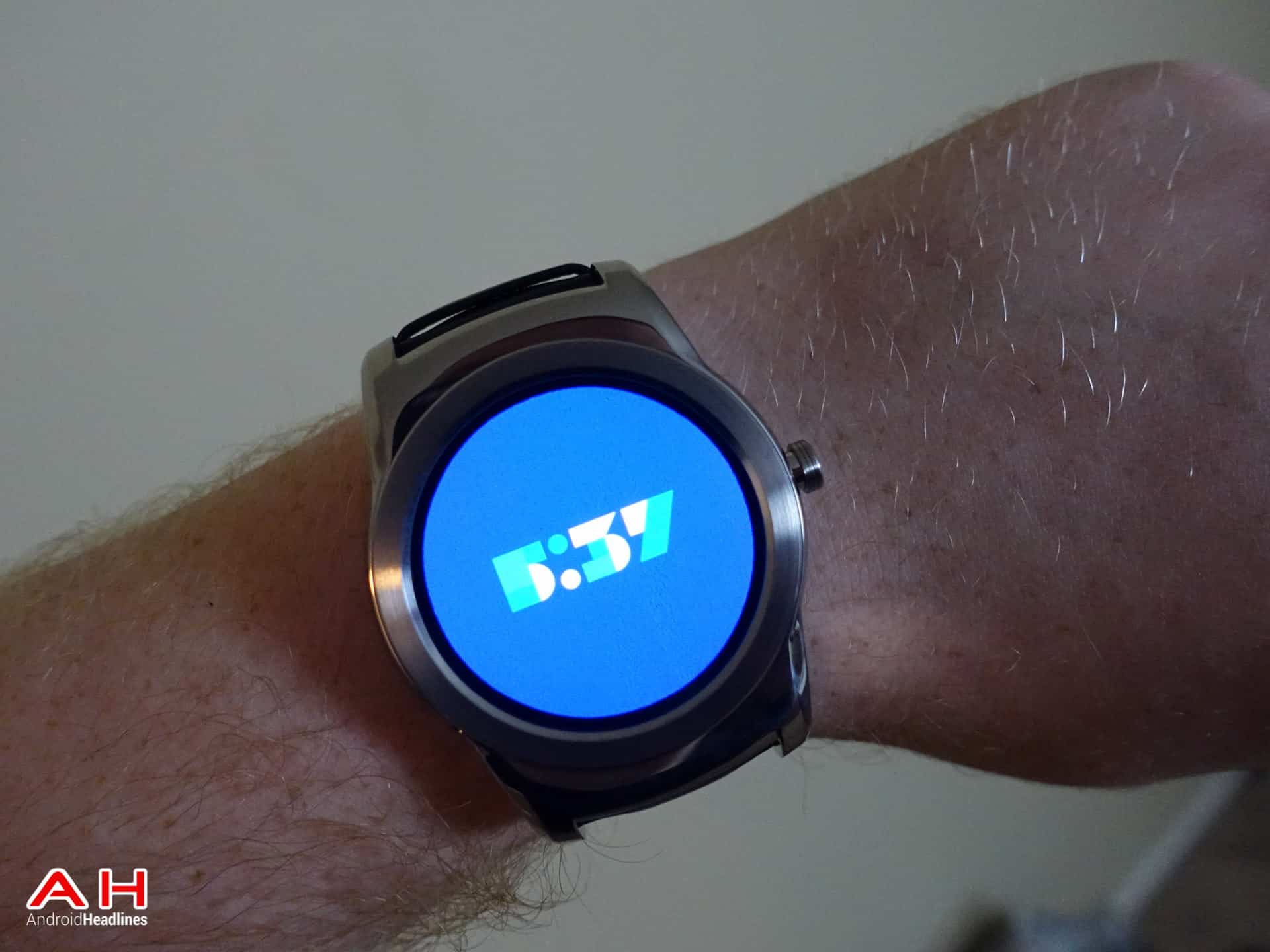 As mentioned above, the LG Watch Urbane has a 1.3-inch P-OLED display which is 320 x 320 as far as the resolution goes. And I must say, it's gorgeous. I've been using the Moto 360 for a few months before the Watch Urbane, and the Watch Urbane's display is much nicer looking, I feel. It's also brighter, in direct sunlight, it's much easier to read it as well, which is important, obviously.

Probably the biggest complaint about any smartwatch, the battery life. Right now, I feel that Sony has the crown for the best battery life with the Smartwatch 3, although the display isn't that great and the watch just doesn't look as sexy as the LG Watch Urbane. By comparison, the SW3 has a 420mAh battery with a 1.6-inch square display, and the LG Watch Urbane has a 410mAh battery with a 1.3-inch round display. I've been using the LG Watch Urbane for about a week now, and the battery has been quite impressive. During Google I/O, it got me through those 18+ hour days with some juice left, which was very promising. On a typical day, when I'm not traveling, it can last the full day and still have around 50% left, which is better than most other Android Wear smartwatches at this point.

To add to this, I just recently flew to Beijing – a 12-hour flight – and usually my watch will need to be charged during that flight, even if it's in airplane mode. However, the Watch Urbane made it through that flight with about 30-40% to spare, which was a bit impressive to say the least. 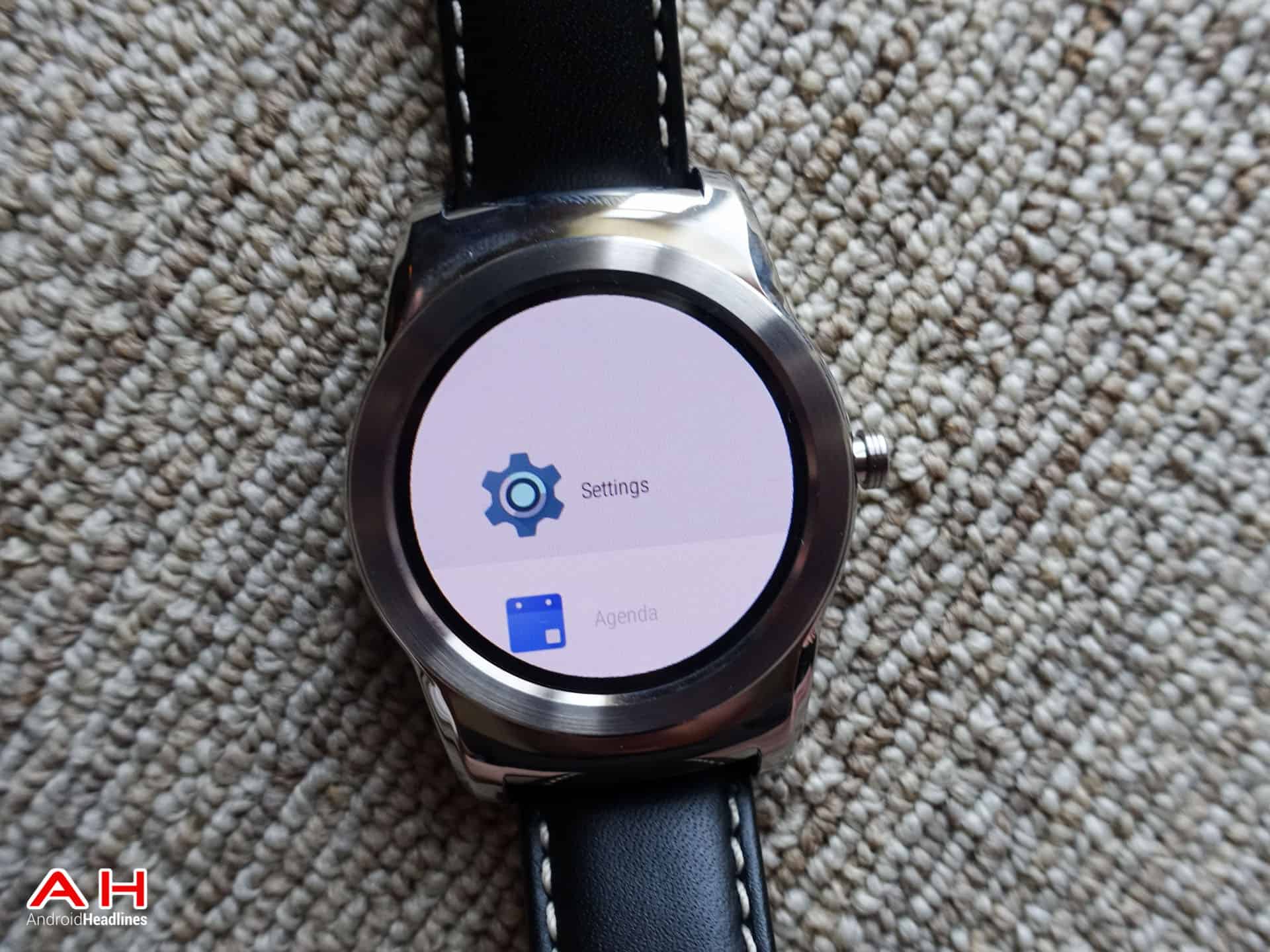 Normally, we wouldn't go to far into the software on an Android Wear smartwatch, because the software is all the same and the OEMs aren't able to customize them at all, really. However, the Watch Urbane is the first one to feature Android 5.1.1, which should be rolling out to the others rather soon. The biggest update in Android 5.1.1 compared to the previous versions of Android Wear is actually the menu. Tap on the watch face, and you'll be taken into the menu, which is a bit more of a proper launcher now. The first column is apps, which are sorted by those you use most. Swipe over and you'll see your contacts you contact frequently. So you are able to quickly send a message straight from your watch. Swipe over again, and you get to the settings you are the most used too. Which has all the voice actions. Like "Show me my steps" and "Take a note". Not a huge difference, but definitely something that's new and perhaps a bit better laid out. 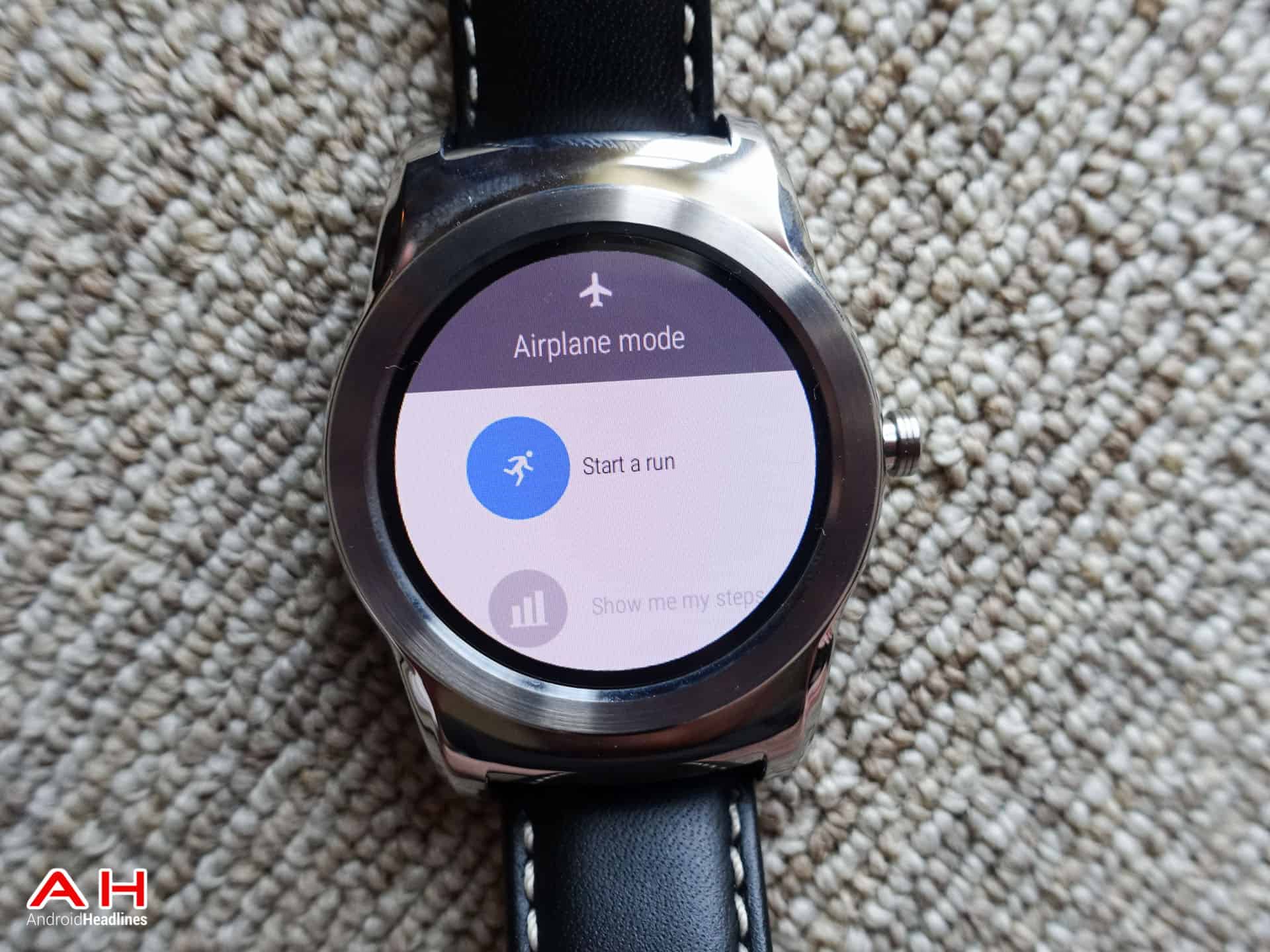 In the Android Wear 5.1.1 update, you also have the ability to draw emojis. Yeah, I don't think that feature is going to catch on, at least I hope it doesn't. It works, but it's a bit tough to draw an emoji on a 1.3-inch round display with your finger. Or maybe that's just me? There's also that little addition of WiFi in 5.1.1. So now you can go out for a run and leave your phone at home. The watch will still get your notifications, as long as it's connected to a data network, and your phone is as well. Although when you're running, that may not always be the case.

LG has some new watch faces on the Watch Urbane, and they all make for a great looking watch, especially if you are getting dressed up in a suit and want to look good. You can check out some of those in the gallery down below. Of course, you can always download more watch faces from the Google Play Store, as usual. 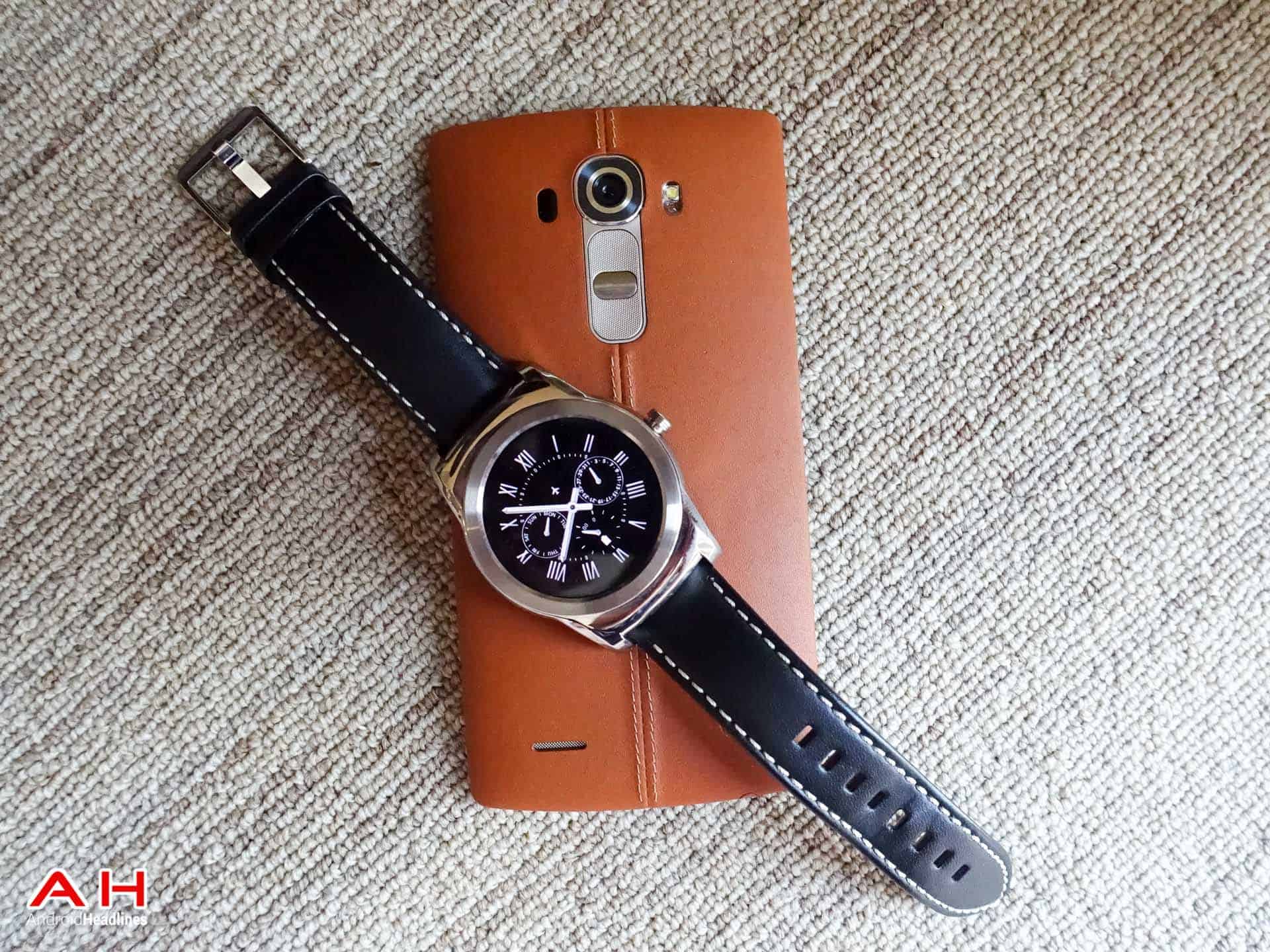 I really like the LG Watch Urbane, it's a great looking smartwatch, without the flat-tire look of the Moto 360. It also has some pretty stellar battery life, which is something these smartwatches really need. While I'm not a huge fan of the leather strap they decided to use here, that's not a deal breaker to me. Simply because you can still swap it out. So you can use a metal link strap, or another leather strap. I, personally, don't think a silicon or plastic strap would look too good on this Watch Urbane though.

But here's the thing about the LG Watch Urbane. While it looks great, has great battery life and one hell of a display, it's still $400. While just about every other Android Wear smartwatch is under $300. While we are still in the infancy of these wearables, I wouldn't recommend anyone to spend that much on a smartwatch, but if you have that kind of cash burning a hole in your pocket, by all means go ahead and pick one up. You definitely won't regret it. We'll likely see some nice sales of the Watch Urbane coming soon, for those that want one but don't want to pay the $400 price tag. The Watch Urbane is available in both silver and gold.